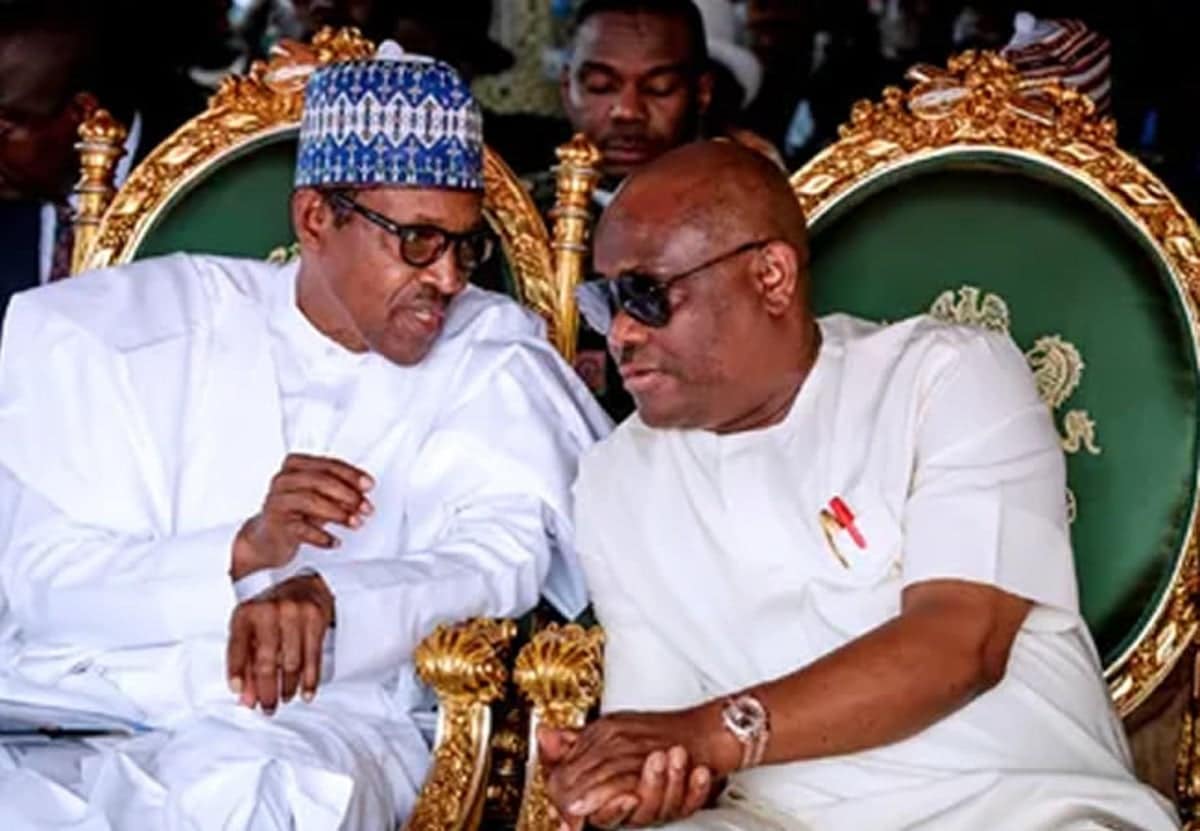 The Governor of Rivers State, Nyesom Ezenwo Wike, has thanked President Muhammadu Buhari, describing him as indeed a president of every state of the federation.

Wike stated this in a letter he addressed to the president, thanking him for releasing the sum N78.9 billion the Rivers Government used in the maintenance of Federal roads in the State.

The Federal government had earlier in the month approved the refund of over 78billion to the Rivers State government for the money spent on the construction of federal roads in the State.

The approval for the refund was made at the third virtual Federal Executive Council meeting at the State House, presided over by The President, Major General Muhammadu Buhari (retd.).

This followed a memo presented by the Minister of Works and Housing, Babatunde Fashola.

The Governor, in the letter, also promised that his administration is willing and ready to partner with the Buhari-led government “to advance the developmental inspirations of Rivers State in particular, and Nigeria in general.”

The outspoken Rivers Governor further pleaded with the President to “kindly oblige us a State visit… to see what we have accompanied by our people with the money.”

Recall that Wike had recently berated the Federal Government for deliberately neglecting Rivers State in the release of N148billion for road construction across the country.

The Governor declared that the action of the Federal Government is the most shameful act of marginalization in a Federation where Rivers State contributes to the financial sustenance of the country.

He said Rivers politicians in APC should be able to plead with the Federal Government to site projects in Rivers State to expand their political relevance. 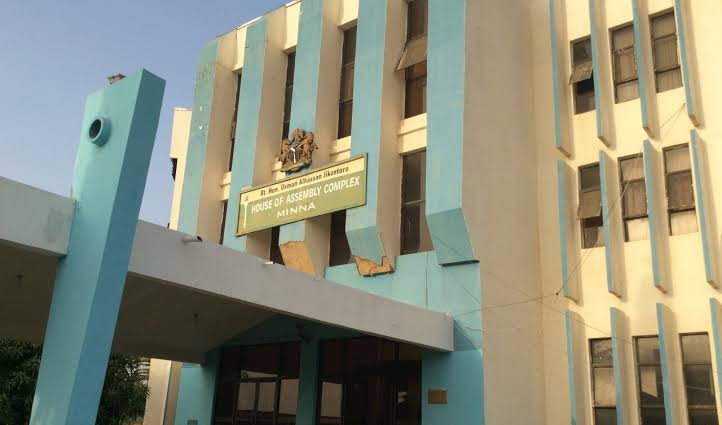 The Majority Leader of the Niger state House of Assembly has been sacked alongside his Deputy.

Members of the house declared that they no longer had confidence in the leadership, hence their removal.

The member representing Lavun Constituency, Honorable Jibrin Ndagi Baba raised the motion for the removal of the house leaders during the Thursday plenary.

The Legislator said while moving the motion that, “after consulting with other colleagues on the issues affecting the house, we no longer have confidence in the house leader and his deputy. I therefore moved that the two officers should be removed.”

Other members of the house supported the motion while they nominated other Honourable to occupy the position.

MORE READING!  I don't subscribe to abortion, says man who raped, impregnated own daughter in Rivera

Speaker of the House, Abdullahi Wuse, said he was not notified on the decision of the house to remove the House Leaders while he called for caution. 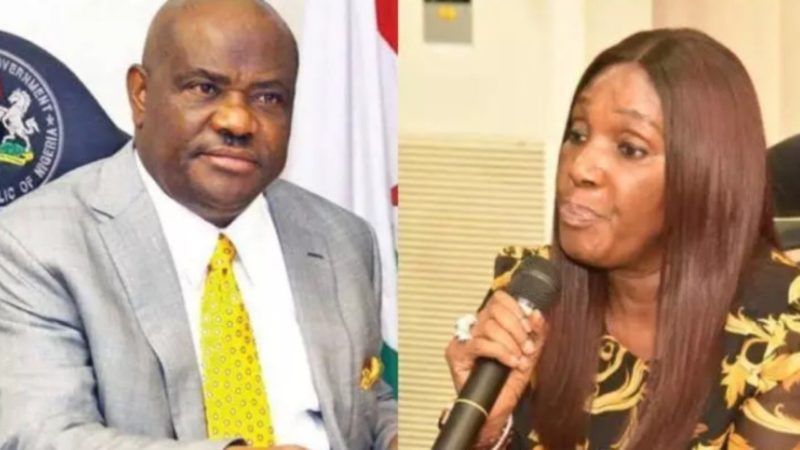 Governor Wike, expressing his disgust with the police action said:

“I called the Commissioner of Police, he said he was not aware. They said it’s the IGP Monitoring Team, but I have spoken to the authorities, they said the IG is not even aware.

“For me if there is any crime against Dr Joy Nunieh, I will not back her. Some say she is not in my party, so I shouldn’t intervene, but she’s a Rivers daughter.”

Wike had earlier in the day moved into the Port Harcourt, Rivers State residence of the former Niger Delta Development Commission (NDDC) Caretaker boss, Joy Nunieh, where police were allegedly preventing her from leaving to Abuja for Thursday appearance before House of Reps Committee hearing on NDDC probe.

According to reports, The said Mopol 19 squad reportedly arrived at Nunieh’s 3 Owuru Creek View, off Herbert Macaulay Street, Old GRA, Port Harcourt, residence about 4 am, barring her from leaving for the Port Harcourt International Airport to connect the early flight to Abuja. 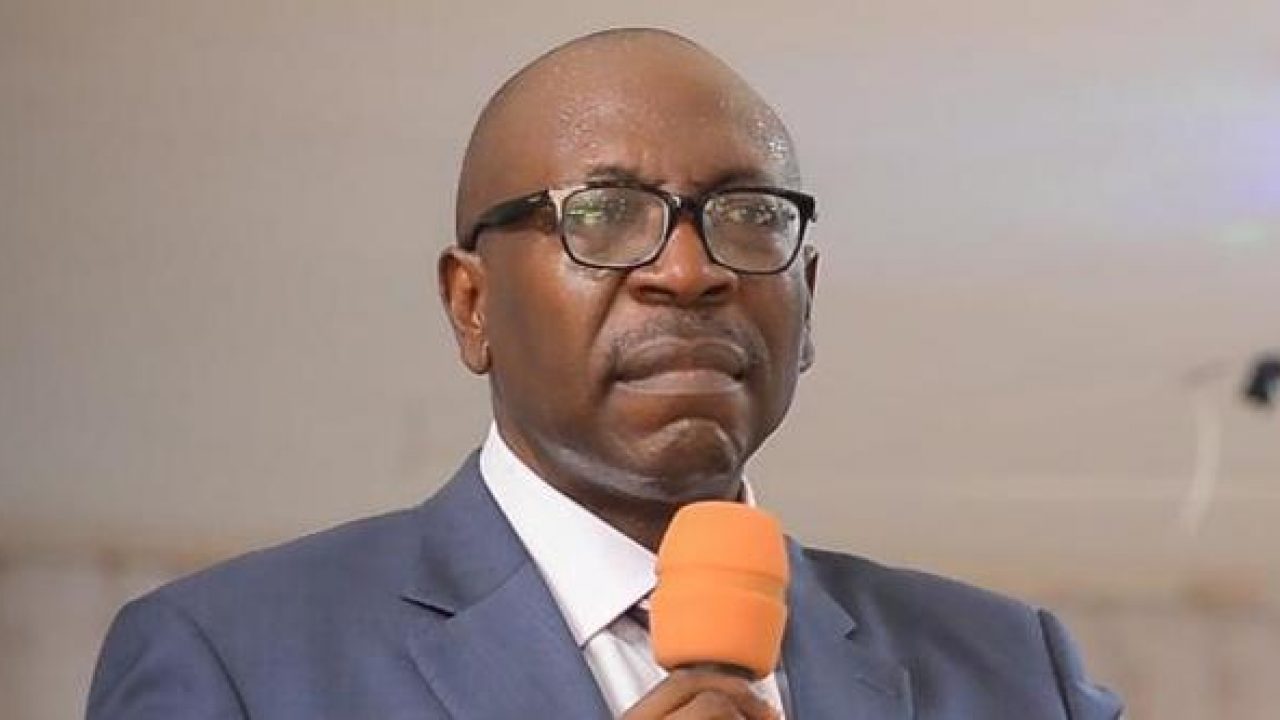 A group known as the Northern Professionals platform resident in Edo on Thursday pledged their support for the candidate of the All Progressives Congress(APC), Pastor Osagie Ize-Iyamu in the forthcoming governorship election scheduled for September 19.

In a statement signed by Abdallah Tureta in Benin, the group said that the Northern Professionals resident in Edo resolved to throw their weight behind Ize-Iyamu because of his leadership qualities.

“We are assuring him of our collective support to ensure his victory at the polls in September,” he said.

Tureta commended the APC for appointing Gov. Abdullahi Ganduje as the Chairman of the APC Campaign Council for the Edo election.

MORE READING!  Nigeria's poverty is a result of corruption in Precidency - PDP

“Our resolve to back the APC candidate in the Edo governorship election is in solidarity with Ganduje appointed as the chairman of the campaign council.

“We came to understand that the wisdom behind Ganduje’s appointment as the Chairman of the Campaign Council is to make sure that no opportunity is left unattended to win the election.

“His sophistication and skills in politics are acknowledged across ” board.

“We resolve to do this after our conviction that his leadership of the campaign council is an indication that APC is willing and ready to win the election.

“As somebody who has developed his state, both in human and infrastructure, Ganduje could also be a pillar in influencing the blueprint of how to move Edo forward when our candidate wins.

“Which we are very hopeful that he would deliver.

“It is still fresh in our memories how President Muhammadu Buhari sometime last year, commended Ganduje after becoming the best performing governor for three consecutive months as then rated by the APC Progressive Governors Forum.

“This among other things is what informed the decision of the APC to appoint Ganduje to chair this Campaign Council for Edo governorship election.

” And we are sure that with our support and that of a large chunk of Edo population, Ganduje is shouldering a sellable gubernatorial material.

“We challenge the Peoples Democratic Party (PDP) to come forward and showcase the feats they achieved under their candidate,” Tureta said.