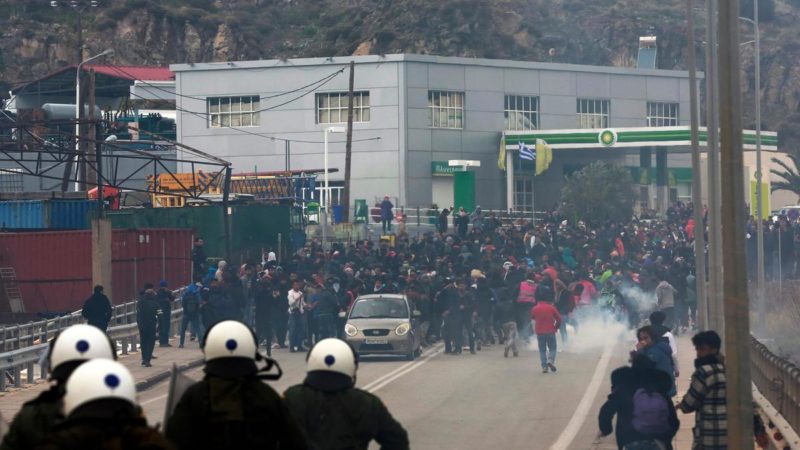 The Greek Police, on Monday, fired tear gas at migrants, who left their camp on Lesbos to protest in the island’s capital Mytilini, state broadcaster ERT reported.

“Around 2,000 migrants marched from the overcrowded camp Moria to the town and refused police orders to turn back,’’ the report said.

The migrants fear that they will be deported back to Turkey or their home countries.

Greek authorities began imposing tougher migration rules this year, accelerating the processing of asylum applications and cutting the time for the deportation of those rejected as economic migrants.

Furthermore, the government said it will close the so-called hotspots on the Aegean islands after nearly four years and replace them with closed camps.

The situation, similar in other camps, rapidly deteriorated with a spike in arrivals since April.

In spite of the Greek measures, the inflow of migrants remains fast-paced, with over 100 people arriving from Turkey each day.

Greece, seeking to further discourage people from attempting to cross its sea and land border, planned to rapidly beef up the border police by another 1,200 officers.

It also plans to set up floating barriers off the islands.