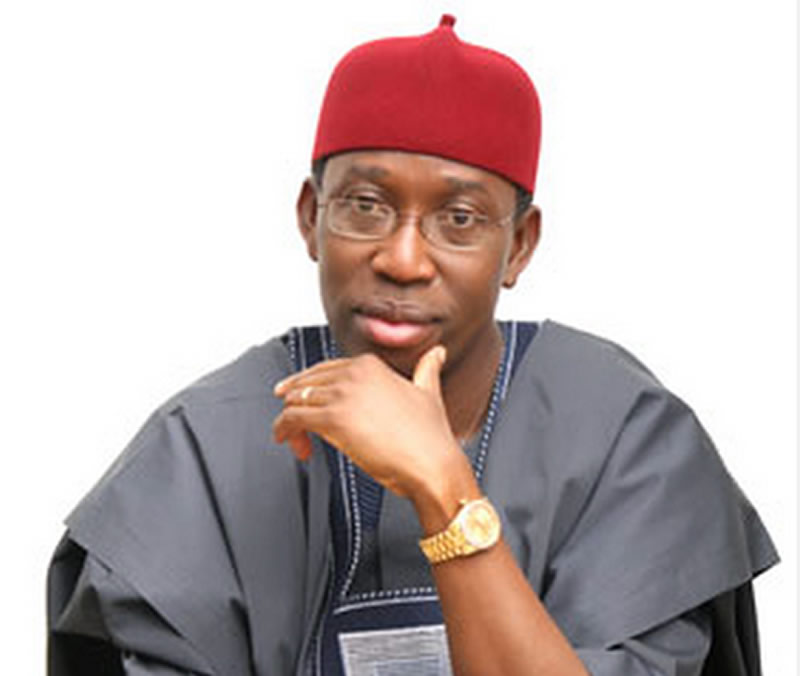 Unknown gunmen have kidnapped the younger sister to the wife of Delta State Governor, Ifeanyi Okowa, in Asaba, the state capital.

Elizabeth, younger sister to Dame Edith, was allegedly accosted by a gang of young men at Temple Clinic junction, along Awai road near Government House on Monday night in Asaba and whisked her away in their waiting vehicle, The Punch reports.

The victim, who is the immediate younger sister of Okowa’s wife was said to have been cruising round the metropolis in a black Jeep when the gang abducted her, a source revealed.

“They shot sporadically into the air to scare away people. Out of fear, the lady, who was ordered to come out of her vehicle, jumped into their waiting vehicle” the source said.

A top government functionary at the Government House in Asaba on Wednesday said the incident has since thrown the Governor, wife and her entire family into trauma, thus led to the low key celebration of Delta at 28.

The source said for security reasons the matter was not placed on red alert but that intelligence gathering had since commenced to rescue her unhurt.

Although, the Commissioner of Police Delta state, Adeyinka Adeleke, claimed ignorance, and denied any knowledge of such abduction.

The source said no contact has been established with the family or any personality in government.