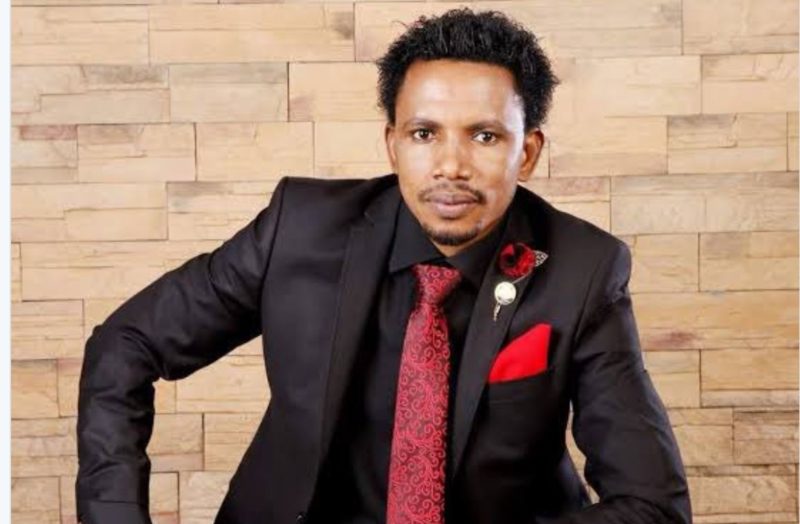 According to sources, the gangsters also abducted Abbo’s stepmother who was delivered of a baby 11 days ago.

The lawmaker, who was caught slapping a lady in a viral video recently, stated these while addressing journalists in Abuja.

Abbo is the representative of Adamawa North in the Senate.

He said, “About 13 men armed with AK-47 rifles invaded my family house around 1 a.m on Saturday and shot my uncle dead.

“They dragged my father and brothers out of their rooms and went after my stepmother when they were told that my biological mother was dead.

“They took the poor woman away and left behind her 11 day-old child.

“My stepmother is still with the kidnappers now (as of 5:30 pm on Saturday) The kidnappers have called me, using a Cameroonian MTN number, but they had yet to demand a ransom.”

Abbo lamented that the hoodlums were hiding just about two kilometres away from Mubi town but that neither the military nor the police had been able to dislodge them.

He said, “The Federal Government, the military and the police are not doing enough in the aspect of insecurity in this country.

“The security agencies know the hideouts of the criminals but they will not go after them.

“Of what use is the army barracks and the mobile police base in Mubi when they cannot go into the bush and dislodge the kidnappers?

“The kidnappers are using the ransoms they are collecting to fund terrorism in this country. That’s just the truth.”

Meanwhile, the 39-year-old Peoples Democratic Party member has lamented that many Nigerians are not interested in hearing his side of the story, regarding the viral video in which he allegedly assaulted a nursing mother in a sex-toy shop.

He told one of our correspondents on Saturday that there were many misgivings in the narratives in possession of most traditional and online media.

The Adamawa lawmaker came into the limelight when he nominated Senator Ali Ndume for the Senate Presidency during the inauguration of the 9th Senate on June 11.

Abbo told one of our correspondents that many Nigerians were not interested in what happened at the sex toy shop.

He said he was called by his wife’s younger sister that his only sister had been killed.

The senator said, “I asked what really happened to her and she (wife’s sister) responded that she (Senator’s sister) was hit, then I thought it was a car.

“On getting there with my brother, I found my sister lying in a pool of her own vomit and naked.

“So, I had to cover her first before calling the management of the Maitama Hospital to bring an ambulance.

“Asking what happened from a passerby, I confirmed that someone hit her but not with a car.

“Suddenly a boy came and hit me on the head saying ‘call Buhari if you can’.

“For what? I asked him, because I was surprised and confused.

“Then, the lady beside the sex shop pushed me and slapped me, ordering me to get out of the way and shouted, ‘get out’.

“I realized she was the one who dragged my sister on the floor. That was where my anger set in.”

“Instead of showing sympathy and concern for the dying girl, the owner of the shop pulled her like a rag out of her shop, telling her not to die there, ” Abbo added.

The Senator said the situation got him angry and decided to call the police.

He said, “I wasn’t going about with security personnel as of that time because I was not yet a Senator.”

Abbo also denied the allegations that the woman he slapped was a nursing mother.

He said, “The lady in question is not married not to talk of being a nursing mother.”