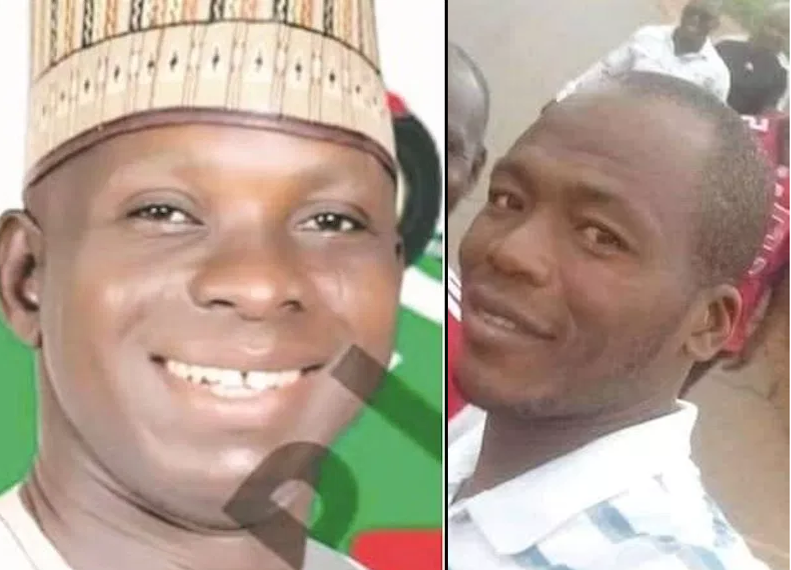 The alleged kidnap kingpin at the centre of a row between the army and the Nigerian Police, Hamisu Bala Wadume, was a petty fish trader who suddenly became rich that he wanted to become a member of the Taraba State House of Assembly in the March elections.

The Nation, in a pen portrait of Wadume published on Tuesday, described him as an occasional house painter, a polygamist and, as money rolled in, he also became a Robin Hood philanthropist.

His philanthropy and generosity is about two years old and if the graft and security agencies have been alive to their duties, they ought to have raised a flag as to where the money was coming from.

That did not happen until last week, when the police arrested him and then lost him after soldiers of the 93 Battalion in Takum attacked their vehicle with a volley of gunfire, killing three undercover operatives and setting Wadume free.

The Defence Headquarters, probing the shooting, has now ordered the army to produce Wadume.

No one knows Wadume until two years ago, The Nation reported.

“He was reclusive until the last two years. His wealth, allegedly through kidnapping shot him into ‘prominence’”, the paper said.

Who is he? His name is Hamisu Bala. His nickname is “Why Do You Mean?”, which many mistakes for “Wadume.” He is a Hausa man whose great grandfather migrated from Katsina state.

He holds a secondary school certificate, having attended the Government Secondary School (GSS) Ibi. It was gathered that he was “not a brilliant” Arts student.

“He completed secondary school in 2004 and did not proceed to any tertiary institution,” one of his classmates told The Nation.

Bala, 35, suddenly became so rich that many believe he made it through ‘ritual’. His posh residence in Ibi was built only last year. Before then, he was a petty trader who specialised in buying and selling fish in Ibi.

“He was not even a big trader; he could only afford to buy only one or most of the time, half a basket of fish to sell at retail prices,” a source, who knows him well, said.

Bala was a painter who was in partnership with his brother.

During the 2019 polls, he aspired to become a House of Assembly member, representing Ibi Constituency, on the platform of the Young Democratic Party (YDP) but he did not make it.

After making money, Bala has been living the life of a philanthropist.

In the last two years, he reportedly built houses for his friends and donated hundreds of motorcycles and cars to young men and women. He is also believed to be generous to security agents.

“Sometimes he (alleged kidnapper) goes to tea sellers and settles the bills of tea drinkers. Then, he gives N10,000 each to the people,” a source in Ibi said.

Two of his wives have been under house arrest. His other two wives are in Mecca on pilgrimage, it was learnt.

So, how did police know Bala was a big-time kidnapper to the extent of apprehending him? One of Bala’s accomplices, known as Kwarba, was apprehended by the police in Jalingo over his alleged involvement in the kidnapping of a Permanent Secretary.

During interrogation, Kwarba revealed that Bala was their leader. The police then allowed Kwarba to be communicating with Bala on the phone for over three days, as though he was not in detention. Based on their communication, the police were able to gather useful information.

It was during one of their conversations on the phone that Bala disclosed that he was coming to Ibi for Eid-el Kabir celebration. On arrival in Ibi, Bala phoned Kwarba to inform him.

Operatives of the Intelligence Response Team (IRT) embarked on the journey. They got to the police headquarters in Jalingo, before proceeding to Ibi, in a white Toyota Hummer Bus marked LAGOS: MUS-564EU.

They were in mufti and carried Kwarba along so that he could identify Bala. They met Bala at a coffee joint, at the junction to Government Lodge and Kwarba identified him.

To pull the wool over the kidnapper’s eyes, the policemen in disguise went out and told him they brought a bus for sale. Bala sought to know the cost of the vehicle so that he could buy it, but the policemen suggested they would step aside for bargaining.

It was when he (Bala) got into the bus that the policemen told him they were there to arrest him, after handcuffing and chaining his legs.

After arresting the suspect, the operatives drove into Ibi town briefly and began to drive carefully out of the town.

But while passing the coffee joint, (where Bala was picked) the suspected kidnapper forced his head out of the vehicle and shouted: “I have been kidnapped by these people.”

Soon, the news spread and some of Bala’s ‘boys’ began to chase the vehicle on motorbikes. The operatives had passed the first and second checkpoints with only one remaining to pass.

Bala’s accomplices then called the military checkpoint where the bus was ambushed. They opened fire on the bus conveying the operatives and suspected kidnapper. The bus somersaulted into the bush, following the barrage of gunfire as the driver lost control of the wheel.

A source revealed that, after the killing of the three policemen and the civilian, Bala, who was handcuffed and chained in the legs, crawled and took refuge in the home of an old Jukun woman.

The following day, he called his army captain friend who came with three of his ‘boys’ in a red Toyota Corolla.

Our source alleged that the army captain cut the chains on the suspected kidnapper.

“It was around 7:30 am that he (Bala) was taken back to his home in Ibi in the red car,” an eyewitness said.

On getting back to Ibi, his neighbours and Ibi residents went into jubilation. It was gathered that while the jubilation was on, Bala sneaked out of town.

He has not been seen since then.