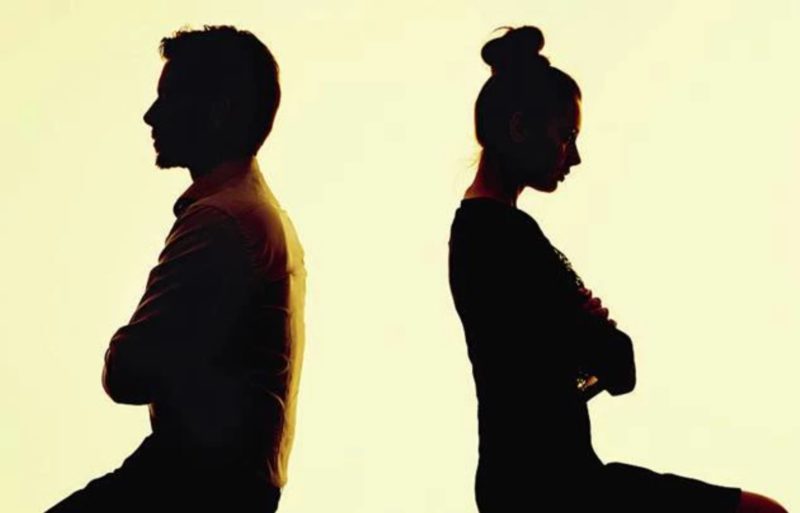 Cheating partners in relationships mostly have to live in secrecy, tell so many lies to protect their partners from finding out about their unfaithfulness.

When they eventually get caught, some partners who cannot cope with infidelity quit the relationship, some go as far as taking to social media to call out and shame their cheating partners.

It is heartbreaking, traumatic and depressing when partners catch their other half cheating on them, especially after material, emotional investment into the relationship.

Some unfaithful partners are so smart in the act that they seldom get caught. It is believed that some ‘special kind of skills’ is needed to nab a cheating partner.

Social media users who have been with a cheating partner in the past are sharing how they detected their partners cheated on them.

“Have you ever been cheated on? How did you find out??? Share your story please.”

The viral tweet evoked a torrent of heartbreaking reactions from Netizens.

Some of those who reacted revealed that they nabbed their cheating partners through their social media accounts after hacking into their Facebook, WhatsApp accounts.

@Villiageid1ot said he created a pseudo-Instagram account to trap his girlfriend and she fell for it.

READ ALSO: Get off my back, American professor slams Nigerians condemning her positive review of a Nollywood film

Created a fake IG account with one fine guys pictures and followed my babe, liked her pictures and dm’d her.. we spoke for about a month and started dating online 💔💔 scheduled a Meetup at a hotel and gave her the shock of her life 😟😟 Women are scummmm 😭

Kept saying she was his cousin, in my defense they had the same surname and are from the same town so it was believable. Don’t ask me how he got caught but now I need to see y’all family tree to actually believe you’re cousins.

Went to his house and saw a female bag with fresh pots of soup and orisirisi inside 🤣. So I locked myself in and called him on phone that I’m coming to his place, that’s how uncle rushed down from his friends house to quickly clean up, unfortunately for him he left his key

Dated her for 5years.fight for her, buy sort of accessories spending my last penny on my account for her. Bought her 4 phones cuz she was the indoor type. Along the line she had 2years relationship with another guy having sex with him randomly at least weekly cuz we lived afar

I traveled and came back to surprise him, make a good he likes,I even went to market.
He came to open the door thinking i was his friend.She was on the bed in her undies.His foolish friend later came sha.She refused to leave, she spent d nyt, well, I left Dem in the evening.

Went through his phone and saw him sending inappropriate stuff to females and also found out he be laid up with the same “ friend “ females who told me not to worry about. Was a pathological liar, but now I met someone new. MYSELF ion wanna lose her again. 💯

So apparently he has been dating this girl years before me n we dated for almost a year…started having doubts then I went through his phone n found a whole lot,confronted him,it was true,my foolish self accepted him back…long story short I’m single😂🤣.

Yes oooo my was a gigolo for his female boss i was shocked beyond words even up til they are planning to get married and travel out.😢

A female anon called and told me she’s in the next room banging,I confronted her after two weeks she said nothing really happened, ‘he kissed him but she didn’t kiss him back’. I died laughing 😂

we dated for over 4years,along the line I noticed the change in attitude and all that ,I knew sumtin was wrong .he logged into his Fb act with my phone and forgot to log out.on my way back from work one faithful day boom 😪😪😥 I got a message from his other lover

My friend started going at it with her, I found out when I saw him planning a date with her, she later confirmed it, and we broke up, my friend and I settled scores like men, we still good though, but I’m more careful with my friends and babes

The person she cheated on with was my best friend.his conscience was killing him cus I have been good to them.he called me when I was in school and told me how it all went and apologized.I forgave him immediately. I asked this babe na.see catarrh, tears and denial. Fear women !

Another one😫 in sch
He was smashing his Bestie,I always suspected but anytime I say anything about her he tells me to calm down that they are just friends.😭
Anyways
Am single now
And his dating her
He post her pictures with caption he use to use for me💔His post annoys me.😭

I went to his place to suprise him and I met the same girl he told me not to worry about in his shorts, apparently she spent the night

Husbands cousin and the girls bestie called to tell me. He was training her at work. He denied it and made me feel crazy for months for even asking about it. He admitted it when I kicked him out. Now we’re separated. Cheating was the last thing I thought he’d do.

A girl wanted my man BADT. So she flew in from Texas to meet him in LA and got her BFF to message me on myspace talking about “I met your boyfriend he’s so nice” when I asked him how he met my man he told me he was with the girl when my man picked her up from the airport

A friend invited me to a private birthday pool party, i got there and saw her having sex in the pool with the celebrant. I recorded it and sent it to her WhatsApp. I have an inkling that my friend knew that’s why he invited me to the party, he still denies knowing till tomorrow.

..”babe and I” it was the time of pic mix where you add caption to the pic itself, you get? Mind you, it was another chick o
So I asked again… he said the babe was his friend’s gf and they were classmate. I just weak and told him to geddifok 😂😂😂😂😂😂😂