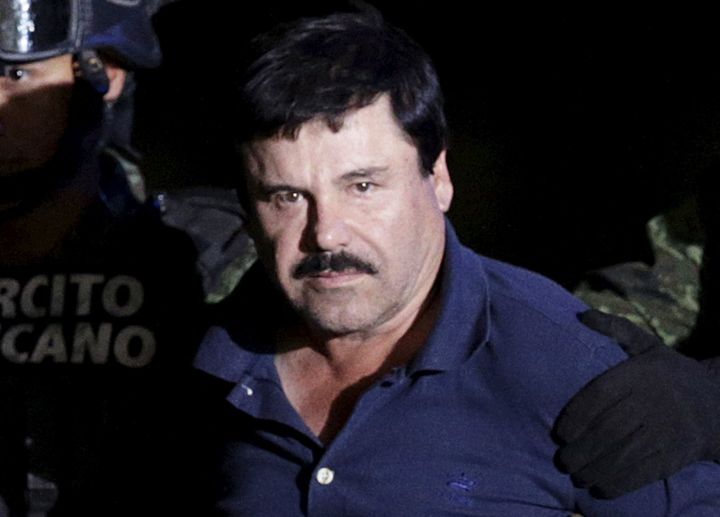 The life in prison plus 30 years jail term handed to Mexican drug baron Joaquín “El Chapo” Guzmán by a US judge in Brooklyn on Wednesday has sparked hilarious reactions on social media.

WuzupNaija reports that the 62-year-old notorious drug lord was found guilty of 10 charges, including drug trafficking and money laundering.

He achieved notoriety for escaping jail twice in 2001 and 2015 in Mexico as well as avoiding arrest on numerous other occasions.

In 2016, he gave an interview to Hollywood actor Sean Penn in a Mexican jungle following his escape the previous year and boasted that he was the world’s leading supplier of heroin, methamphetamine, cocaine and marijuana.

He was later recaptured in the north-western town of Los Mochis. During the raid he fled through a drain but was later caught by troops in a shootout.

In 2009, Guzmán entered Forbes’ list of the world’s richest men at number 701, with an estimated worth of $1bn.

He was accused of helping bring hundreds of tonnes of cocaine into the US and of conspiring to make and distribute heroin, methamphetamine and marijuana.

He was also said to have used hitmen to carry out hundreds of murders, assaults, kidnappings and acts of torture.

Court papers accused him of having girls as young as 13 drugged before raping them.

Guzmán “called the youngest of the girls his ‘vitamins’ because he believed that sexual activity with young girls gave him ‘life'”, said Colombian drug trafficker Alex Cifuentes, a former associate.

READ ALSO: Mexican drug lord, El Chapo, sentenced to life in prison in the US after escaping from jail twice

The US indictment against him was a consolidation of charges from six federal jurisdictions across the country, including New York, Chicago and Miami.

His latest conviction has evoked series of reactions from social media users who are whimsically tweeting that the notorious drug kingpin may break another record by becoming the first prisoner to escape from the U.S. Penitentiary, Administrative Maximum Facility in Florence, Colorado, better known as ADX Florence.

No one has ever escaped from the prison since it opened in 1994.

Judge: I sentence you to Life Imprisonment PLUS 30 Years

El Chapo got life prison . He’ll be back in his silk shirts sipping Tequillas on the beach by next weekend . pic.twitter.com/r9ct4oEfGU

El Chapo knowing that he will be in Mexico by Friday pic.twitter.com/W6r3phGTxI

The US in a months time having to explain how El chapo escaped their maximum security #ElChapo pic.twitter.com/i1hCZ4hrhG

Is it the life imprisonment he will serve first or the 30 years? pic.twitter.com/6Nb1Nq6XpR

Drug lord Joaquin “El Chapo” Guzman is sentenced to life in prison plus 30 years and must pay $12.6 billion in forfeiture.

Except he is dead, he will attempt an escape. Something tells me he gave himself up so he can escape from a U.S. prison, one last escape before he dies pic.twitter.com/hF1EaE68Ct

What El Chapo did isn’t as intriguing as his constant escapes. I’m kinda looking forward to the next el Chapo breakout story. 😂😂