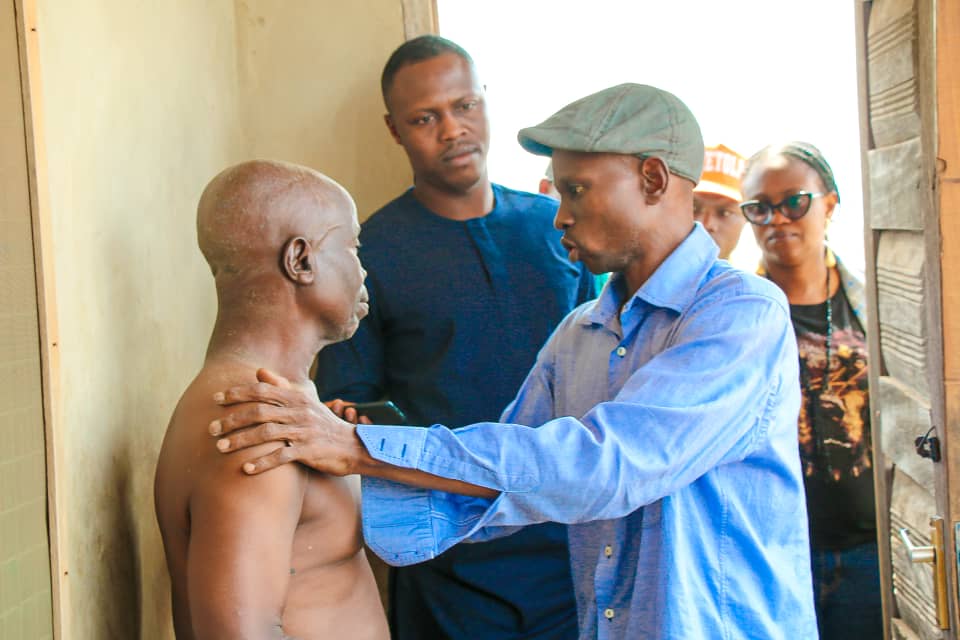 After five months, a homeless Nigerian man, Benjamin Sesan Ojo, who was stranded in Trinidad and Tobago for years, arrived in Nigeria on Saturday night.

Ojo was rescued by the wife of the Governor of Osun state, Mrs Kafayat Oyetola, through her project, Ileri Oluwa Development Initiative.

Ojo, who had been trying to come back to Nigeria for over four years with his six-year-old daughter, without success, is from Ilesa in Osun. He has been living in Trinidad and Tobago for 12 years.

He had been homeless and sick for over three years without a job or means of coming back home, having lost contact with his family for long and having moved across about 10 countries without legal documentation.

Mrs Oyetola heard about the man through a viral video and decided to help him as she had been helping the homeless and psychotic people on the street for over 15 years.

Ojo, who lost his wife, a citizen of Trinidad and Tobago, almost two years ago, had been unable to do anything for himself and was a burden to people around, making him cry for help to come back to Nigeria.

Since his call for help went viral through a video in September 2019, Mrs Oyetola had been working around the clock to being Ojo back to Nigeria and had to cancel his ticket four times due to bureaucratic procedures in the country.

On his arrival, Ojo expressed joy that he finally stepped foot on the soil of Nigeria alive, he appreciated Mrs Oyetola for not giving up on him despite the various hindrances and extended his appreciation to the Commissioner for Works in Osun, Engr Remi Omowaiye for facing every challenge in the course of facilitating his return home as well as the Nigerian Ambassador to Trinidad and Tobago, Alhaji Hassan Jika Ardo, who he described as a father.

“I thank the governor’s wife for not giving up on me, she went through a lot before this trip became a reality. I also that Engr Remi Omowaiye for his concern and efforts. I also thank the Ambassador and the Consular, they were all good to me. I know this happened because God wants it to happen this way,” Ojo stated.

And because he is suffering from a particular ailment that has caused issues for one side of his body leading to the shrinking of veins, Mrs Oyetola has concluded arrangements for him to undergo treatment at the Obafemi Awolowo Teaching hospital immediately after which he will be reintegrated into society and reconciled with his family.

Though arrangements were made for his daughter to come down with him, he arrived alone but the Consular of the Nigerian High Commission to the Port of Spain, Essien Akpan, who accompanied him back said they will continue to do everything necessary to ensure his daughter is released and brought to him in Nigeria.

It was gathered that though Mrs Oyetola engaged in the humanitarian service in her personal capacity and is working on rehabilitating him privately, she ensured she sent a representative to welcome Ojo back home.

He was met by Mrs Abiola Babatunde Ojo, wife of the honourable member representing Oriade Constituency in Osun State House of Assembly, on behalf of the governor’s wife.