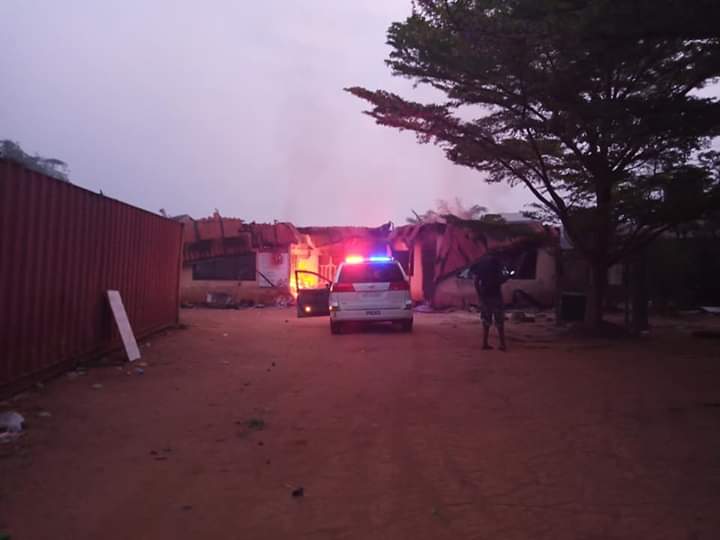 The offices of the Independent National Electoral Commission [INEC] at Orlu in Imo state have been set ablaze by suspected hoodlums.

The fire started in the wee hours of Monday and it was not put out until it wreaked havoc on the secretariat, WuzupNigeria gathered.

WuzupNigeria further reports that the fire comes a week after some thugs invaded the INEC office to stop the collation of results from the supplementary election in Orlu/Orsu/Oru East federal constituency.

After three days INEC completed the collation at its office in Owerri, the state capital and declared Jerry Alagbaoso of the Peoples Democratic Party [PDP] the winner.

Our correspondent learnt that the inferno destroyed the electoral umpire’s sensitive documents.

No fire fighter was seen at scene during the fire outbreak, our correspondent was told by an indigene of the area.

When contacted, the police spokesperson in the state, Orlando Ikeokwu, said that the state commissioner of police, Olaniyi Fafowora had ordered investigation into the incident.