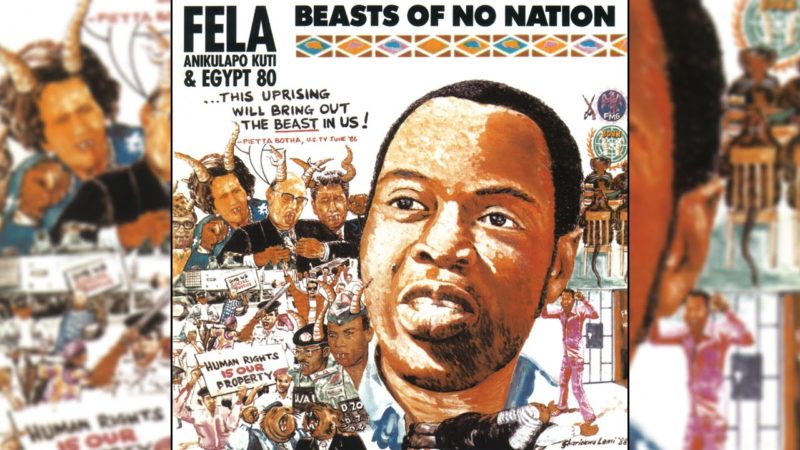 All of that is true about this song, but what a song it is! A gloriously lengthy, stoned-grooved, explicitly political screed, with some of the best saxophone, soloing I have ever heard.

Besides hoping to expose others to this great song, hearing it again recently reminded me that one does not have to always choose between education and entertainment; the two can be combined to produce a powerful, informative and educational message that also spurs people to learn more.

You will often hear the self-help crowd make the following statement:

While I appreciate what is intended by the comment it’s a poor way to phrase it, making it appear as if it’s always one or the other. Many people disagree with the statement:

“Anyone who tries to make a distinction between education and entertainment doesn’t know the first thing about either.” — Marshall McLuhan

“Good education has got to be good entertainment.” — Nicholas Negroponte

“I would rather entertain and hope that people learned something than educate people and hope they were entertained.” — Walt Disney

Music is a powerful medium by which to learn or it can be used to motivate people to learn. Other mediums can also be both entertaining and educational.

In fact, my aim on Medium is to write entertaining pieces, or even pieces of entertainment, about issues or ideas that are important to me and to convey information or a message.

Of course, I greatly admire and appreciate others that choose to disseminate their message, or an idea, through creative mediums. Fela was a master at making wonderfully entertaining music while also effectively using it to educate his listeners and to attack the political establishment.

If you don’t know who Fela Kuti is, do yourself a favour and learn more about him in what seems to be the definitive biography of the man for now, although Wikipedia may suffice for most.

Fela Kuti (1938–1997) was a Nigerian musician that helped pioneer the musical form of Afrobeat, which combines “elements of West African musical styles such as highlife and jùjú music with American funk and jazz influences, with a focus on chanted vocals, complex intersecting rhythms, and percussion.” Grass, Randall F. “Fela AnikulaThe Art of an Afrobeat Rebel”. The Drama Review: TDR. MIT Press, 30: 131–148.

His songs were long, regularly stretching out to 20-30 minutes, filled with numerous and various instrumentation, and biting, politically charged lyrics, often aimed unmistakably straight at the Nigerian government.

This made him an activist, like his mother, and agent provocateur. During much of Fela’s life, Nigeria was ruled by a number of military juntas that tolerated no dissent.

This only led him to dissent more, including his establishment of a compound called Kalakuta, which consisted of people like himself that considered themselves as secessionists from Nigeria.

Fela sang in pidgin English, which is commonly used throughout most of Africa, which was Fela’s intended audience.

According to Alastair Kane of Omniglot, pidgin is: “Formed from numerous languages and influences, Pidgin is a wide term covering a range of regional hybrids, which evolved through historical events such as the spread of Empires, settlement, migration and international trade.”

According to Joshua Belo-Osagie: “The meaning of many pidgin and Yoruba words are fairly ambiguous and mostly depend on context.”

It’s actually rhythmic, largely understandable, and enjoyable to listen to when sung. A Pidgin dictionary is always good to have on hand. And lyrics to the song.

As Fela’s popularity grew and his lyrics reached an international audience the Nigerian military rulers began to try to silence him.

In 1978, the ruling military junta sent 1000 soldiers to storm Fela’s Kalakuta compound and in the process actually threw his mother from a third-floor balcony. She died from the injuries.

Eventually, Fela received a 5-year sentence on dubious foreign currency smuggling charges. International pressure, including from Amnesty International, resulted in his release after only 20 months.

When he was released from prison Beasts of No Nation (1989) was the first song that he wrote and released. Far from being mollified by his imprisonment Fela came out swinging.

“Ah, let’s get now into another underground spiritual game.”

The first 12 minutes of the song are free of lyrics. The beginning of the song establishes the musical theme of the piece and builds up the suspense of the song.

At just a smidgen before the six-minute mark, we are treated to a tenderly played lilting acoustic guitar solo of subtle beauty with elements of Flamenco, punctuated by blasts from a collection of horns. It lasts a mere minute.

That’s immediately followed by my all-time favorite saxophone solo, actually three different solos. One each on alto, tenor and soprano saxophones, the tenor passionately played by our hero. It’s five minutes of weaving and emotive playing filled with melodic intensity.

Finally, at the 12-minute mark, Fela begins the lyrics with a seductive introduction, before engaging in a simple call and response section that demands your participation.

Then Fela complains that people have constantly asked him what he would sing about after getting out of prison.

“Fela wetin you go sing about? Dem go worry me.”

In describing a craze world he specifically references events in Soweto, South Africa, where protests were violently suppressed, Zaria, in Nigeria, where repeated violent communal conflicts occurred throughout the 1980s, and Ife, also in Nigeria, where two clans from the same ethnic background have engaged in a century-long dispute, often deadly, over land, and other issues related to identity.

Fela also references the comment in 1984 by Nigerian leader Major-General Muhamadu Buhari, who was responsible for putting Fela in jail, that the Nigerian people as a whole lacked indiscipline and the subsequent imposition of Buhari’s War Against Indiscipline.

These words might not seem to lend themselves to a song. However, what Fela does with them is magical. He makes them all fit together and to swing. It’s a highly entertaining and creative combination of music and political comment that sticks with the listener.

Reagan, Thatcher, and Botha are featured together, in keeping with the charge that the three are “friends,” on the cover art for the album. Each is painted as a grotesque beast-like figure with horns and fangs dripping with blood.

Botha incurs Fela’s wrath in particular for his statement that those protesting his regime of apartheid will “… bring out the beast in us.”

Again, Fela takes a potent political comment and creatively and entertainingly inserts it in the song, singing:

“This uprising will bring out the beast in us.”

Fela also highlights the hypocrisy of the United Nations, naming several conflicts between its members including those among groups of nations, expertly phrasing a difficult line like the following into something both powerful and beautiful:

Fela excoriates these nations for deigning to give people in Africa their human rights, arguing that human rights are theirs inherently and not anyone else’s to give.

He is laying at the feet of all these developed, mostly white nations, as well as those corrupt African regimes, the responsibility for, and perpetuation of, the poor state of Africa due to their imposition and continuation of slavery, colonialism, exploitation and violent racism.

Fela summed up his melding of music and activism thusly:

“Music is supposed to have an effect. If you’re playing music and people don’t feel something, you’re not doing shit. That’s what African music is about. When you hear something, you must move. I want to move people to dance, but also to think.”

That’s an unassailable argument for combining entertainment and education.

The fact is that some educational learning is horrifically boring. Some highly intelligent people with great ideas struggle to cogently express their ideas.

It’s also a fact that there are many different ways to learn the same thing. Research indicates that music is an incredibly powerful way to assist in learning, both in children and in adults. Author Jean McIntire has stated:

“Rhythm and rhyme seem to magically increase learning, and singing frequently provides an emotional hook that can engage students in learning routine facts.”

Hearing Beasts of No Nation led me to learn more about Fela Kuti, experience more of his music, learn about Afrobeat, pidgin English, Nigeria, Boko Haram, U.S. relations with African countries, activism, and a number of other interesting and educational topics.

My hope is that people will seek out more entertainment that has a message, or something educational about it. Like this song demonstrates, you can have a thoroughly entertaining learning experience.

My even greater hope is that more mainstream artists or creators will take up Fela’s challenge to make music or art, that both moves someone’s feet as well as their mind.