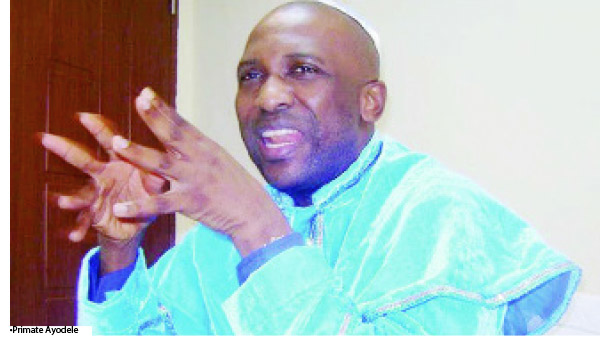 The leader of INRI Evangelical Spiritual Church, Primate Ayodele, has claimed that the death of Afenifere leader Pa Ayorinde Fasanmi and the attack on the convoy of Borno State Governor by Boko Haram were a fulfilment of his prophecies.

Ayodele said he had predicted the death of some prominent Nigerians two weeks ago, saying

“We need to pray, I see the death of a prominent Nigerian between this week and next week.”

Also, Primate Ayodele had also said he foresees that there will be problem in the Nigerian military and that the soldiers will start killing each other.

“If care isn’t taken, military will be killing military.

“The Chief of Army Staff will face assassination attempt.

“I don’t know if he will survive it.

He claimed that his prophecy has been fulfilled following the news that a soldier who got married recently got killed by his colleague after shooting him 9 times at the back.

Furthermore, the cleric said that in 2019, during the release of his 2020 prophecies, he warned against attack on some governors’ convoys.

“I foresee some governors and legislators being stoned and they should also rebuke attack on their convoys.”

Few hours ago, there was an attack on Borno governor’s convoy by Boko Haram bandit in Baga.

In a statement to newsmen on Thursday, Ayodele said that these have further confirmed his prophecies were accurate.