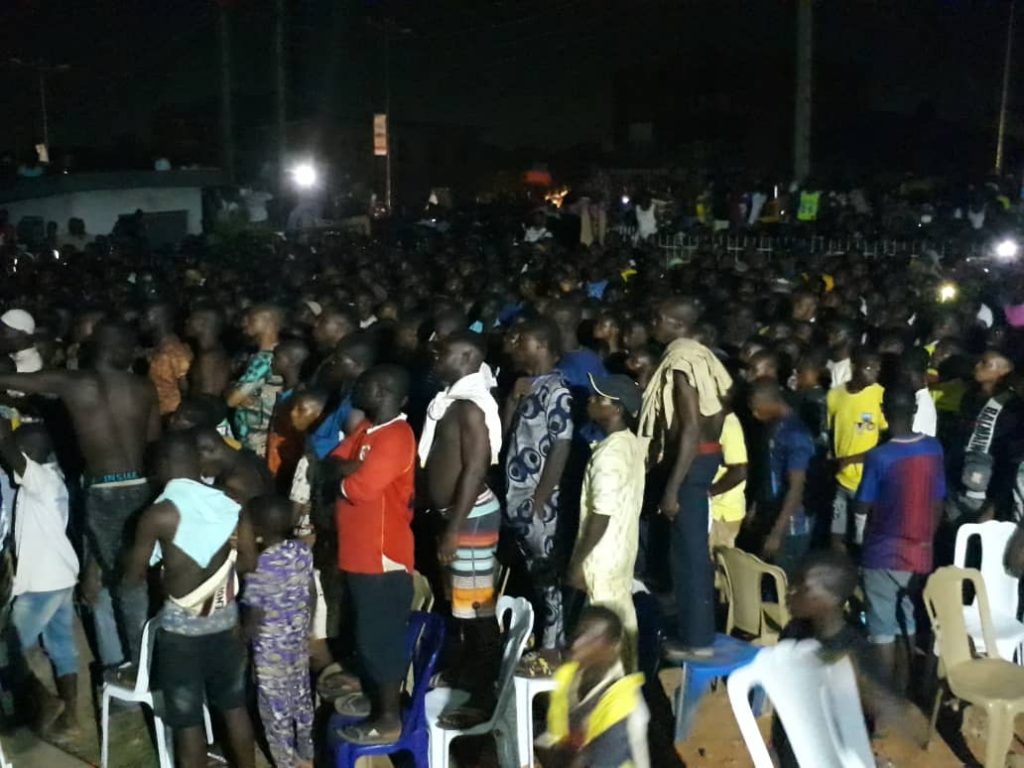 There was wild jubilation in Sagamu on Saturday night after Anthony Joshua reclaimed the WBA, IBF, and WBO heavyweight titles by defeating Andy Ruiz Jr.

After the fight, his relatives were seen exchanging pleasantries and hugging each other.

They were seen chanting victory songs and dancing.

Amidst the family members jubilation, Joshua’s fans rocked fireworks and blocked the Cinema Street in jubilation.

Joshua’s uncle, Mr Wale Joshua, commended the boxer for being humble in defeat.

“We are happy. We commend his gallantry. He made us proud and he stood by his words of wisdom. He has always told us not to be weighed down by defeat,” he added.

Also, Joshua’s uncle, Mr Ogunsanya Gbenga, said, “Our ancestors are behind him. Our forefathers are not dead. They are strongly awake to see him come to limelight again.”

“This is the most massive we have had. The crowd is huge. Over 5000 are here.

“He should learn from earlier defeat. He should never underrate anyone regardless of their size or height. We are expecting him here after the victory.”