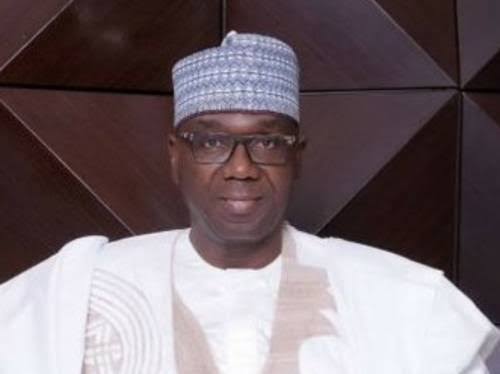 A 32 year old mother of two, Mrs Gloria Bright was on Thursday handed over to officials of the National Agency for Prohibition of Trafficking in Persons (NAPTIP), Osogbo who arrived Ilorin to take over the case from the Kwara Command of the Nigeria Security and Civil Defence Corps(NSCDC).

Bright was repatriated in the early hours of Tuesday to Nigeria from Lebanon where she was trafficked.

She said that she was recruited as a teacher to teach English in Lebanon but was turned to an house help upon getting to Lebanon.

He said that the three suspects including a Lebanese arrested in connection with Trafficking were also handed to NAPTIP officials for prosecution.

The governor in a statement signed by Rafiu Ajakaye, his Chief Press Secretary said, “What our government is doing is trying to create a better environment for the youth to excel in their chosen businesses. The 2020 budget has been structured to empower businesses and promote entrepreneurship in the state.”

Ajakaye said that AbdulRazaq made the statement late on Wednesday when the state command of the Nigeria Security and Civil Defence Corps (NSCDC), led by Commandant Bello Ale, brought the lady repatriated from Lebanon Gloria Taiye Bright to the Governor.

AbdulRazaq said the government has made provisions for skills acquisition for Kwarans especially young people.

“We will support our youth in entrepreneurship, different aspects of agriculture and businesses to upscale and improve their economic lives and become employers of labour. I must emphasise that there are endless opportunities in farming and we will assist our youth in land clearing, irrigation and other areas of interventions,” he said.

AbdulRazaq, meanwhile, has commended the roles of the Federal Ministry of Foreign Affairs and the Nigerian Embassy in Lebanon for their efforts in the location and ongoing repatriation of Nigerians, especially Kwarans trapped in the Middle Eastern country.

“Specifically, we thank Minister of Foreign Affairs Mr Geoffrey Onyeama and his Permanent Secretary for their great efforts that made it happen. We are going to work with his office to ensure that all Kwarans still trapped in the country are all brought back home,”

He made the statement when a delegation of the National Agency for the Prohibition of Trafficking in Persons (NAPTIP) visited him on Thursday afternoon.

The Governor, who said the administration is footing the bill of such repatriation, also commended the efforts of the NSCDC and the nonprofit organisation Phemnic Life Support involved in the development.

“We all watched the video online and I want to thank the Nigeria Security and Civil Defence Corps, the NAPTIP and Phemnic Life Support for the prompt actions which led to the repatriation,” he said.

“There are thousands of people who are victims of trafficking, as many youth in their quest for better opportunities fall into wrong hands who took advantage of the situation.”

Ale on his part, commended AbdulRazaq for the support he offered while the agency worked to track down some suspects connected to the development and the repatriation of the lady.