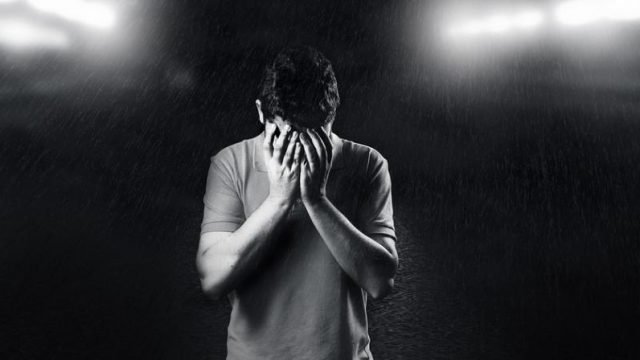 While so many awareness, advocacy and sensitisation campaigns on abusive relationship and domestic violence have been focused on women and girls, the society seems to be ignoring the men because it is widely believed that women and girls are mostly victims.

Cases of violence against men are rarely reportedly, men are also victims of domestic violence but they would rather keep it to themselves because many see it as a shameful experience.

Many men don’t like talking about their ordeal because society expects them to be strong and ‘be a man’, they hide their ordeal mostly due to fear of being stigmatized as weak men.

Well, some Nigerian men, who claimed to have been victims of abusive relationships have taken to social media to share their experience with violent ladies.

A legal practitioner and former spokesperson of the Saraki Presidential Campaign Organisation, Ilemona Onoja, said her abusive former girlfriend though shorter, always hit him for almost a year and made him feel inferior for being in a relationship with her.

“I walked away when she hit me repeatedly at a party,” Ilemona said

“Dated a chick who used to slap me on a regular. Hit me for almost a year. Her friend once asked her if she wasn’t worried I’ll hit her back & she said she knew that unless she threatened my life I’d never respond. Finally walked away when she hit me repeatedly at a party.

“The funniest thing about this thing is I’m 6″3. She was about 5″7. Can’t even remember whether she used to jump for her hand to hit my face. This life sha.

Another social media user @TheBossMajor who shared his friend’s ordeal said the lady and her younger sister once threw his friend’s electronics from the balcony of his fourth-floor apartment to the ground following an argument.

“When they’re done, she gets a knife and threatens to cut herself at the balcony, neighbors were begging her not to slit her wrist as she had locked the door to the apartment,” he said.

“My guy argued with his babe and left his house to cool off. By the time he’s back, his psycho bae and her equally psycho lil sis are throwing down his electronics and every breakable item from his 4th floor apartment. When they’re done, she gets a knife and threatens to cut herself.

“Baba was now downstairs with neighbors begging her not to slit her wrist as she dey act this drama from balcony (she locked the door to the apartment so no one could get in).

“What actually bursted my head was what psycho lil sis was screaming at my guy while her sister was trynna kill herself. “If anything happens to my sister, its on you. Bastard!!”. And she was barely doing anything to stop her sister.

“And oh, this guy lost his dad a week before this madness. He wanted to travel and grieve with his family, she wanted to go with him, he said no (cos of her skoin skoin), dazz how her brain started sparking.”

A medical doctor @GhenhisKhan’s experience wasn’t too different, he caught his girlfriend cheating and he ignored acted like nothing happened ‘for the sake of love’.

The lady was not happy with his reaction to what he saw and pressed him to talk about it, when he wouldn’t address the issue, he said the lady hit his eye with a kettle.

After the violent attack, he went back to apologise to the lady.

“I still went over to get her to understand that it was okay and that I understood why she was mad,” he said

“You know that scar across my right eye? People often think it was from fights back then in school but it was actually a girlfriend who I caught cheating and I refused to talk about it that used a kettle to hit me across the face. Guess her reasons

“She was shouting and trying to get me to talk about it as she kept saying “sorry” and I refused and kept saying it was all my fault that I was always out working. Babe got angry that I always made excuses for peoples fuck ups and smashed the kettle across my face.

“At first I was confused as to how to react. Then I felt the blood trickling and I rushed to get first aid kit from the room. Got it fixed while she was crying and saying “sorry”. Picked up my keys and drove out. Came back in the morning to meet the house empty with just a note

“She had gone to her parent’s place to stay. I still went over to get her to understand that it was okay and that I understood why she was mad and then she charged again and started shouting “you want to die? Why can’t you talk about things?” Bros I was confused oh

“In my mind, I was thinking, it’s like this girl doesn’t know the amount of evil that is resident in me that I have managed to contain all these years. If to say I been run into am, I for de lounge for Port Harcourt prisons by now and wouldn’t have met you guys

“The funniest part of it was I couldn’t tell any of my men that it was a girl that did that. She would have been ghosted if I did. So I just had to pretend it was an attempted robbery attack and my area then was always attacked by robbers.”

Keep your head up, king

I was once slapped by a Lady before, I took my trousers and walked away from her room…
She came begging, I accepted her pleas,but never again.
She’s a temperamental type,she later got married d Husband couldn’t take it,he divorced her, back to single Mother status.

Dated one for 4 years, babe would slap me at any slightest provocation, well never did I fail to deliver the message back to her in 10 folds. I’m not a woman beater, but don’t go around putting hands on someone all in the name of love. Thank goodness we history now. I have peace.

This tweet made me remember when my ex slap me twice. The only thing that came to my mind were my two friends. I was like what will these guys do? I told her never to try such with any guy ever again. I may not slap you but I know guys that’ll beat you black and blue…

I’m sorry bro.I’ve seen men gone through that crap but It has never happen to me.Its not pride but I won’t tolerate it no matter how sweet you are.I’ve been living with diplomacy ever since I was teenager.Its in me.I’ve met crazy chicks in life but there’s no room for BS.NONE

Picture of alleged standing corpse takes over social media
They didn’t give me gun because I go kill people, drunk policeman lying by roadside says [Video]