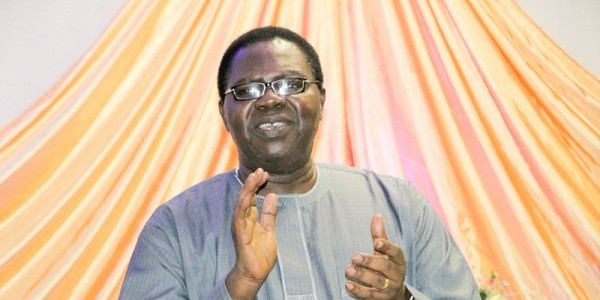 Veteran ‘miliki’ musician, Ebenezer Obey, has said he does not criticise the younger crop of Nigerian musicians though he, most times, does not understand their song.

According to the Miliki Express’ crooner, the young artiste are communicating are according to their ages, and their generation understands them.

“They are doing what they can. They are communicating according to their age. Their generation understands what they are singing about even though I don’t. I don’t like to criticise them but I ask questions. If there is any slang I don’t understand, I ask about it.”

Speaking on people people who infringe on his copyright, Obey said he has chosen to be lenient.

The iconic singer, who spoke at the sidelines of a press conference to intimate journalists about the ‘Ariya Eko’ music festival set for later in the month, stated that all an artiste had to do before ‘sampling’ his intellectual property was to inform him.

“I know the right thing to do but I have been so lenient. Some of them don’t take permission but some do. Simi took permission (before using my song) and she showed appreciation.

“However, I believe I have to sow. I just tell the artistes that if the song turns out to be successful, they should come back to me. I believe that no musician on earth can claim to be great without singing other people’s songs.

I recorded the song, ‘Eni ri nkan he’ (which was originally done by a musician called Ambassador) without telling the owner of the song. That was because I didn’t have sufficient knowledge then.

My version of the song then turned out to be more popular than the original one. So, I always remember what Ambassador did for me. I know I can take the legal route but I decided not to do that.”

Obey also maintained that he was actively involved in imparting quality music-making knowledge to the younger generation.

“The Ebenezer Obey Music Foundation is sitting on four hectares of land in Abeokuta (the Ogun State capital). We have a sound engineering department. We are also affiliated with a polytechnic in Ogun State.”

Naira Marley, Niniola, others light up Lagos concert for ‘Access The Stars’
Cardi B meets with Instagram comedian who mimics American celebrities (Video)