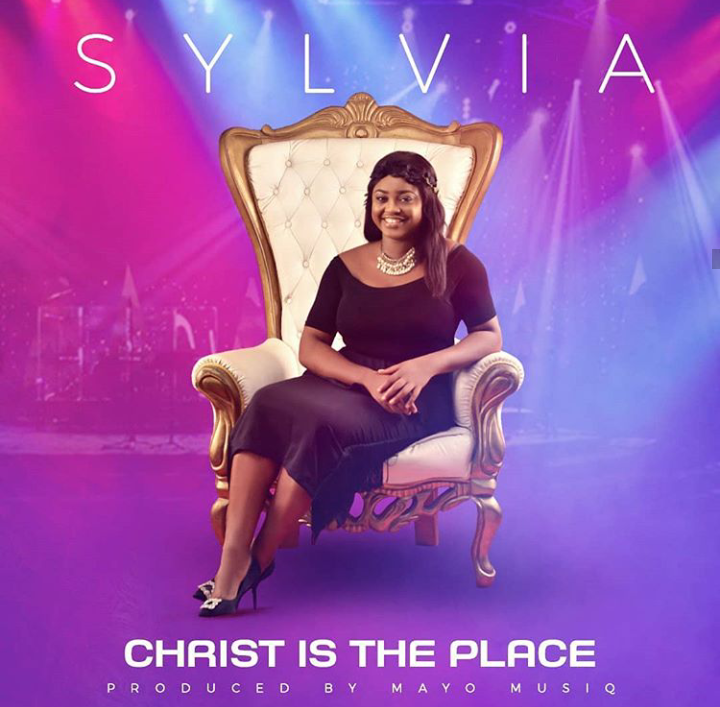 Gospel artiste, Chioma Chukwudinma, popularly known as Sylvia, released a video of her recent single “Christ is the Place”, on the 7th of January, 2020.

Sylvia is a graduate of french from the University of Lagos. She is a  presenter and producer for human angle programs, On the street on Loveworld Plus, lover of movies, swimming and hanging out with friends for leisure time.

She has a natural, un-rehearsed way about her that is captured in everything she does and its no wonder why her songs are so honest and relatable, and it’s why people are so taken with her.

In an interview with Osazuwa Irobosa, Sylvia shares her background, vision and aspirations.

What first got you into music?

Music for me started early based on my background as a pastor’s child. I had to sing praise and worship in church at every service and participate in group services.

Who inspired you to make music?

Sometime in 2015, there was an opportunity to attend a festival in South Africa and to participate you needed to come with a creative art, and there and then I spoke to myself that this wasn’t for me because at the time I hadn’t written a song.

I was going to walk away as I wasn’t prepared, but then my pastor called me and said, Are you ready? and I responded for what sir? and then he told me to go home, write a song and then send it to him afterwards.

That was the beginning for me. I wrote the song and made it to the festival.

How would you describe the music you typically create?

I would describe it as a Life-giving, hope restoring music.

It varies sometimes as most times I get the lyrics before the tune or vice-versa and other times  I want to write about a particular subject matter  and to do so i just pray and start writing.

As a Gospel Artist, do you at any point in time intend to join the secular music industry

Have you collaborated with any musical artist?

Yes, I have collaborated with a few of them.

How do you interact with and respond to your fans?

I do most of my interaction using my social media handles via my post and comment section.

What’s the favourite part of your musical journey?

Getting feedback’s via testimonies from fans on how the music has blessed them is my favourite part as I don’t just write songs, I aim to impact lives.

Have you ever dealt with performance anxiety?

Yes, I have,  that would be the very first time I had to perform the song.

What advice would you have for someone wanting to follow in your footsteps?

I would tell them to never seize to stay connected to their true source which is God.

If you could go open a show for any artist who would it be?

How do you feel the internet has impacted the music business?

The internet has made it so easy for anyone to get their music to the world; I believe it’s a global platform that can either make or break you, depends on how well you use and know it.

I understand you have released a couple of songs? which is your favourite of them to perform

All my songs are amazing as they speak for themselves, but I would pick “Christ is the Place”, and I just recently released a video.

What famous musical artist do you admire?

see Christ is the place video below: