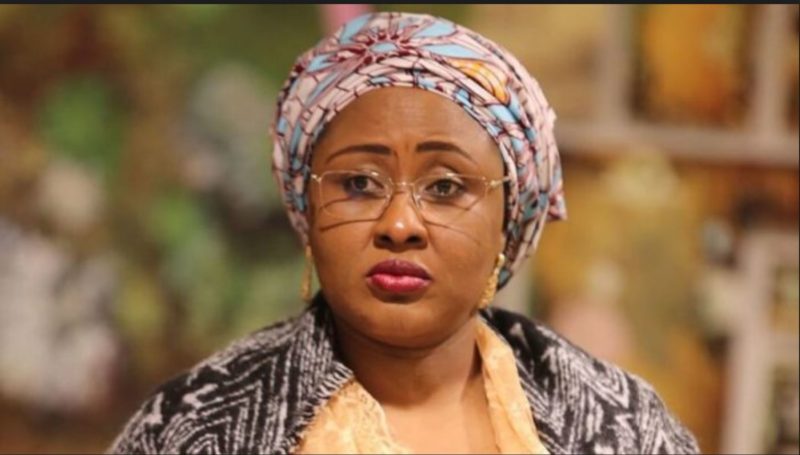 Fatima, daughter of Mamman Daura, President Muhammadu Buhari’s nephew, has explained why she filmed the leaked viral video showing wife of the president raging inside the presidential villa in Abuja.

In the footage which went viral on social media on Friday, Aisha Buhari was heard asking questions and making comments about being locked out of a room and demanding that some people should pack their belongings and leave the apartment.

In an interview with the BBC Hausa Service website, Fatima said she shot the video with her phone “in case something happens.”

“Her comments frightened me. She was hurling insults and shouting that she had never seen anything like it,” she said

“I went back and took my (mobile) phone because if you went and said she acted the way she did, nobody would believe you (without evidence).

“She was making a lot of noise saying she was being oppressed. I filmed the encounter to show our parents and security officials for them to see in case something happens. From the way she was screaming, I even thought she would pick up something to hit us or something like that.”

In a written excerpt of the interview also pasted on the website, Fatima was quoted as giving a background to the crisis.

According to her, the face-off happened within a building within the Villa called the Glass House.

She said the Glass House was one out of several apartments within the villa, she said the President gave her father the building when he was elected as President in his first term.

After describing how close her father and the President are, she said,

“Our father stayed there for three years until when the President’s son, Yusuf, had an accident and went to Germany for treatment.

“When he returned, the President told our father to move out of that apartment to go to another apartment called “House 8” also within the villa; that Yusuf was going to stay to continue with his treatment in the Glass House.”

The Glass House where Mamman Daura and his family were living is nearer to where Aisha Buhari lives.

She further explained that her parents were out of Nigeria when all these happened but her father gave instructions that she and her elder sister should go on a Saturday to move their belongings following the President’s instructions.

She further explained that they were putting their things together when all of a sudden, she heard noises from outside.

Fatima was quoted as saying,

“I was in an inner room while my sister was in an outer one which is nearer to the main entrance to the apartment.”

She said the outer door was locked with a key which she said was the usual practice when they were indoors.

“When Aisha came and found the door was locked, ‘she used an iron chair to force the door open.”

This, she explained, was why she decided to record the incident so as to have proof of what transpired.