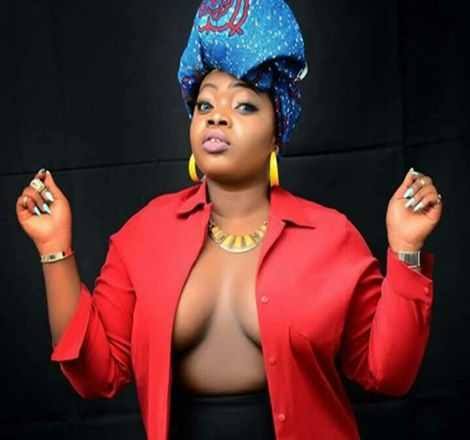 Afrobeat singer Queen Haizel has made a shocking revelation about her sexual life.

She has said that, she has nothing less than 10 orgasms in a day.

Haizel further revealed lastweek on social media that she will soon cut off her clitoris so that she can focus more on her music career.

In the same interview with TV Africa, the “Yetwem” singer said she has multiple orgasms daily and it is distracting her to keep a focus on her career.

“We will be leaving the country for two months, I am going to cut off my clitoris to be able to concentrate on my music career”,

“It’s very very sensitive it keeps taking my concentration off music,” the young female musician said and added that “I don’t know why I was created that way but I get a lot of orgasms during the day, every day is a different a story”.

Queen Hezel explained that she easily gets orgasm anytime something tickles her private part and it is difficult to hide it often so everyone in her team knows about her predicament.