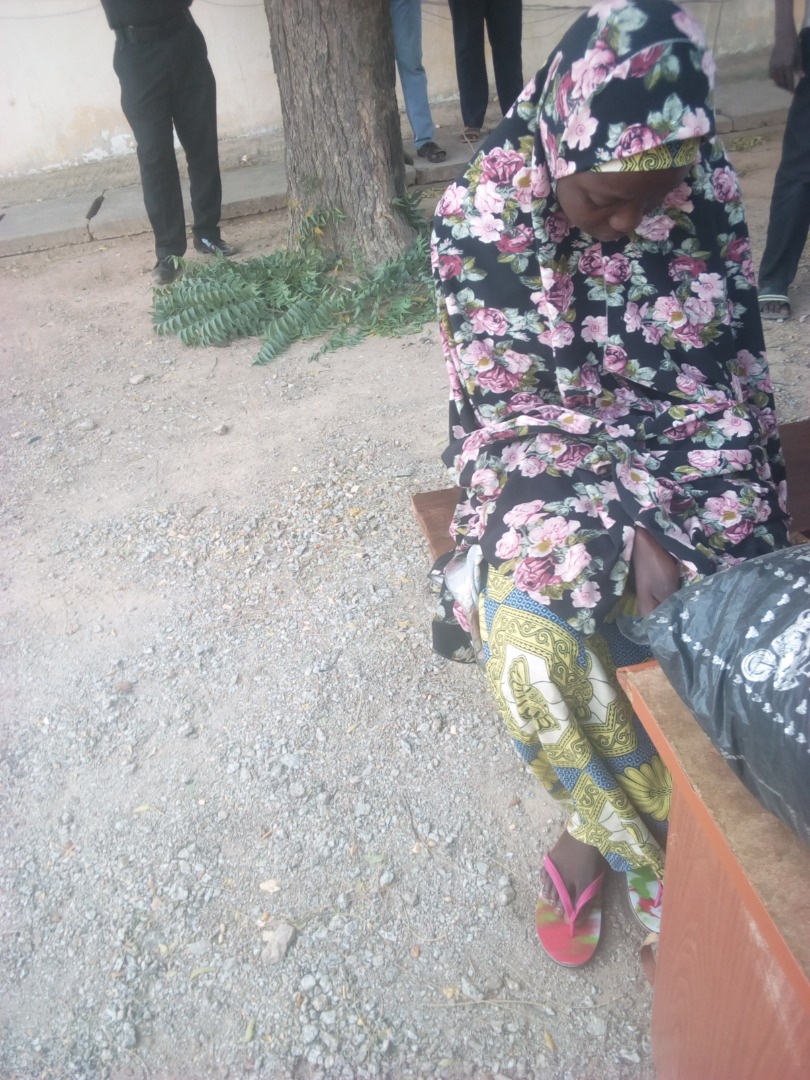 The 17-year-old housewife, Rabi Rabi’u who stabbed her husband, Shamsu Salisu to death in Katsina state last Wednesday 29, January 2020, on Tuesday, said a misunderstanding between her and her husband made her murder him.

According to Rabi, they were both arguing on who should first use the phone charger to power their handset, land this ed to the scuffle which made her stab him to death.

Rabi who was paraded at the Katsina police command headquarters, said amidst sobbing, that she never knew the stab could lead to the death of the 25-year-old Salisu.

According to her, the incident happened n Wednesday morning when public power was restored in their community and she wanted to charge her handsets.

She said Salisu equally wanted to charge his handsets at the same time.

She added the argument led to a scuffle between the two of them, alleging that Salisu drew out a knife which she snatched from him.

Rabi who spoke in Hausa explained that

“The incident happened early in the morning during prayer time. They restored public power supply in our area and I wanted to charge my handsets while Salisu also wanted to charge his handsets.

“Unfortunately, we were arguing over who should use the charger first when Salisu drew out a knife and I snatched it from him during which he was stabbed in the stomach and he later died.

“Our marriage was just fifty-one days old and we were yet to have children but I still love him. I never knew the stab would lead to his death.”

The spokesman for the Katsina police command, SP Gambo Isah, while parading the housewife, said:

“On 29, January 2020 about 5.30 a.m, DPO Malumfashi Division responded to a distress call based on a report that one Shamsu Salisu, aged 25 of Almakiyayi village, Malumfashi local government of Katsina state had an altercation with his wife, one Rabi Rabi’ u, female, aged 17 years of the same address, but later while he was asleep, the wife stabbed him with knife in several places in his body including his abdomen.

“As a result,he sustained serious injuries. The police team rushed the victim to Malumfashi General hospital where he was confirmed dead.

“In the course of investigation, the police have recovered a sharp knife and a bed sheet all stained with blood. Investigation is ongoing.”

Meanwhile, the police paraded no fewer than forty-six suspects accused of various offences including kidnapping, armed robbery and traffic offences at the command’s headquarters on Tuesday.