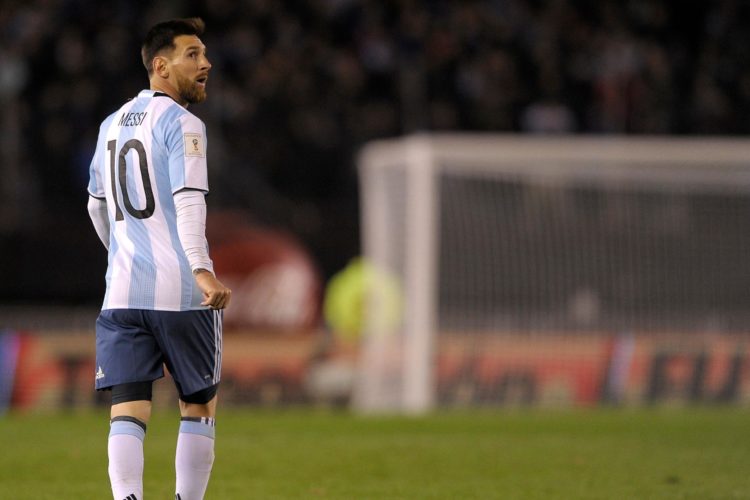 Argentina captain, Lionel Messi, has revealed that he will not retire from active football without winning the World Cup trophy with his home team.

Messi, who made the revelation on Sunday during his 31st birthday celebration said he has not given up on his dream of winning the biggest title in world football.

The Barcelona superstar will be seeking to help his side qualify for the round of 16 on Tuesday against Nigeria in a must-win Group D clash.

“It means so much because for Argentina the World Cup is special – and for me too.

“I’ve always had the dream of watching me raise the World Cup. And then seeing the emotion that goes with it.

“My hair stands on end just thinking about that moment. It would make millions of Argentines in the world happy.

“So we cannot give up on that dream.

“I have won all the most important tournaments but I am ambitious to the end. I would not like to retire from active football without being a world champion with my country.”