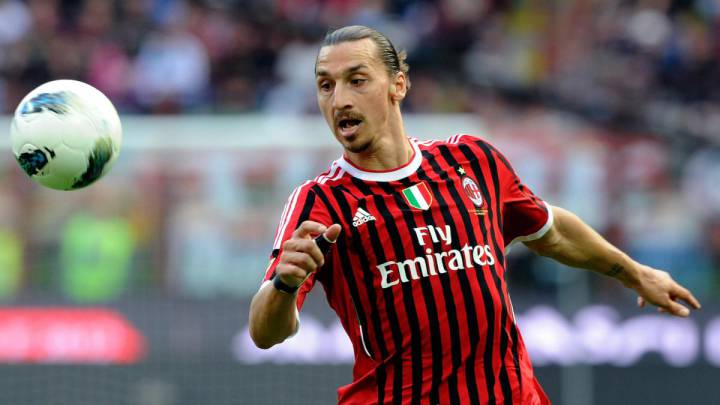 After an absence of seven-and-a-half years and at the age of 38, Zlatan Ibrahimovic will renew his acquaintance with the Milan derby on Sunday where he could help deliver a blow to rivals Inter Milan’s Serie A title challenge.

Juve, chasing a ninth successive title, are three points clear of Inter and visit Verona on Saturday while third-placed Lazio are away to Parma on Sunday.

Ibrahimovic, one of more than three dozen players to have played on both sides in the Derby della Madonnina, missed Milan’s 1-1 draw with Verona on Sunday because had a flu but the club’s chief football officer Zvonimir Boban has guaranteed that he will be fit for Sunday.

Ibrahimovic knows all about the pressures of the fixture, having played in it six times for Inter Milan between 2006 and 2009, where he was on the winning side four times and scored twice.

After an unhappy season at Barcelona, he joined Milan.

His first derby on the other side of the fence was arguably his most memorable as he scored the only goal and claimed revenge on Inter defender Marco Materazzi for an incident four years earlier.

“Everyone was against me and this motivated me. I won a penalty, and who fouled me? Materazzi. 1-0 Milan,” he said in an interview with the Italian edition of GQ magazine in December.

“In the second half, I hit (Materazzi) with a Taekwondo move, I sent him to the hospital,” added Ibrahimovic, who was still simmering over a tackle by Materazzi on him in 2006 when he played for Juventus.

“What goes around comes around.”

Despite Ibrahimovic’s comment, Materazzi did not suffer serious injury and played for Inter two weeks later.

Overall, Ibrahimovic played five times in the fixture for Milan and his final appearance, in May 2012, was bittersweet.

He scored twice but Milan lost 4-2, ending their hopes of winning the title that season. They have not won a major trophy since.

Inter have won the last three matches between the sides and have not lost to Milan in Serie A for over four years, although they were beaten in the Coppa Italia in the 2017-18 season.

Milan suffered a dire season before Ibrahimovic agreed to return for a second stint and were thumped 5-0 by Atlanta in the last game before his arrival.

They have won five and drawn two of their seven games since.

“Knowing the force of the impact he can have, it wasn’t so easy. But he understood the atmosphere inside the changing room, the delicacy of the moment.”