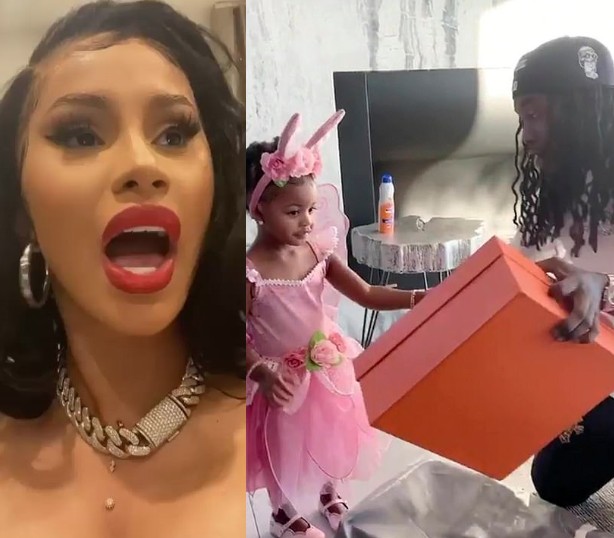 Cardi B, a Grammy Award-winning American rapper, social media personality and former reality star whose commercial debut single, “Bodak Yellow,” surged to the top of the music charts in 2017 has defended her husband Offset after he came under fire for gifting their daughter Kulture a Birkin bag on her 2nd birthday.

After Offset shared a video of him presenting the pricey bag to Kulture, 2, people commented stating that the child didn’t appreciate the expensive gift and would have preferred a doll.

MORE READING!  Lilo confesses her true feelings for Eric after being evicted from the house

Cardi B told one of such commenters, “She got all the Barbie d.” 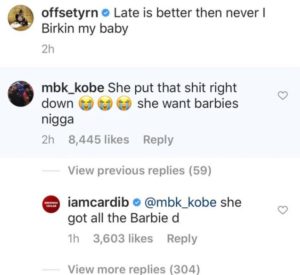 Later, Cardi took to her Instagram Story to address the topic of their recent extravagant purchase.

The 27-year-old said: “Yea, kids only care about toys and candy. But the thing is, kids also go outside. Kids go to restaurants, kids go to fancy places. Celebrity kids, they go do red carpets.

“And if I’m fly, and daddy’s fly, then so is the kid. If I’m wearing Cha-nay-nay, my kid’s having the same thing. It’s not up to what the kids like. If it was the kids, they’d be outside in diapers.

“No, cause if I was looking like a bad b***h, expensive b***h, and I had my kid looking like a bum, then y’all would be talking s***. So, I’m not mad that daddy bought the baby a Birkin. She gonna match mommy.”

Late is better then never I Birkin my baby 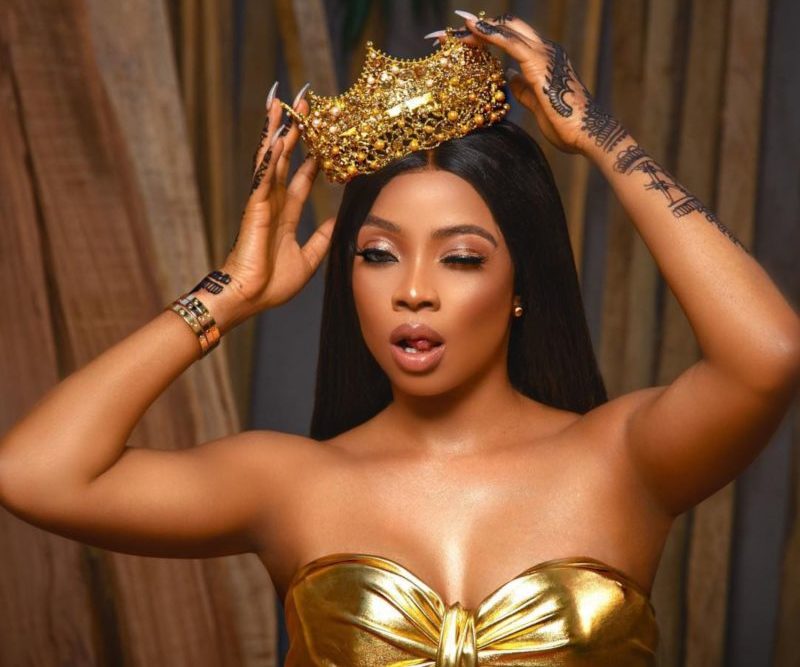 Toke Makinwa has accused some men of preventing their girlfriends from supporting her so they don’t level up.

The media personality alleged that such men are scared of their toxic masculinity being checked.

She also stated in her Twitter post that the girlfriends to such men ‘will see the light someday.’

“Some of Ya”ll don’t want your girlfriends to level up so you’ll rather they don’t stan me cos once they do your toxic masculinity will be checked, they will see the light some day. cheers to you still.”

MORE READING!  BBNaija: I’ll tell Nengi to stay away from me if she continues to switch between me and Ozo– Prince declares (Video) 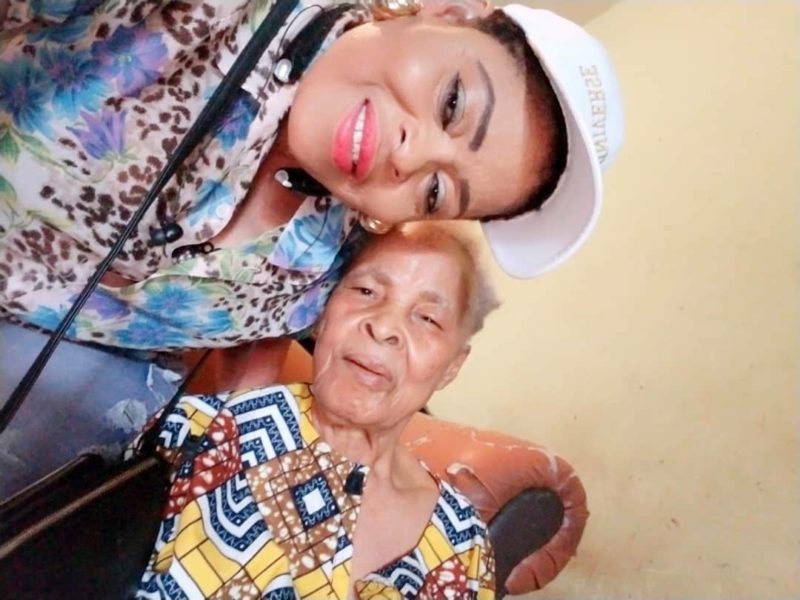 The popular script interpreter took to Instagram to reveal that her mum has passed on.

Sharing photos of her mum, she wrote:

“Good night Maami, abiyamo tooto. Iya adura,my gist partner, friend, aunt and mother, u came,u saw and u conquered. D vacuum u left will be missed greatly. We love u so much but God loves u more. Kindly send our utmost regards to ur parents and all ur siblings in heaven. Odaaro Taiyelolu Ejire!!!”

Good night Maami, abiyamo tooto. Iya adura,my gist partner, friend, aunt and mother, u came,u saw and u conquered. D vacuum u left will be missed greatly. We love u so much but God loves u more. Kindly send our utmost regards to ur parents and all ur siblings in heaven. Odaaro Taiyelolu Ejire!!! 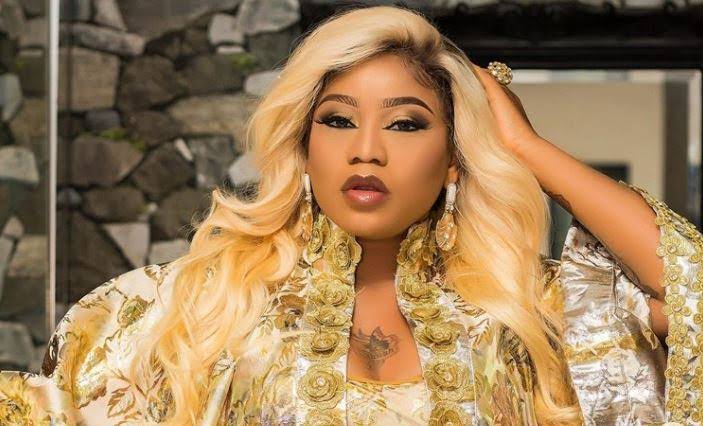 The popular Nigerian Fashion entrepreneur, Toyin Lawani has shared her bitter encounter with how she battled with fibroids and how she has decided to remove her womb.

According to Toyin, she had no other choice than to book an appointment at the hospital to remove her womb as she had undergone 5 surgeries over the years in Nigeria, UK, Dubai, and the USA but to no avail. She disclosed that after successful surgery, she will share a secret with everyone.

MORE READING!  Lilo confesses her true feelings for Eric after being evicted from the house

“I found out I had Fibriod’s when I was 23 years old, while pregnant for my ist Daughter @therealtiannah, it was hell for me, I bled for 9months straight, always thinking Ayenshemi 🤣 nowhere they didn’t carry me o, no herbs they didn’t give me, with time figure it out, I’m 38 now and I’m still dealing with it, have had at least 5 surgeries over the years in Nigeria, UK, Dubai, USA and they keep coming back,” Toyin wrote.