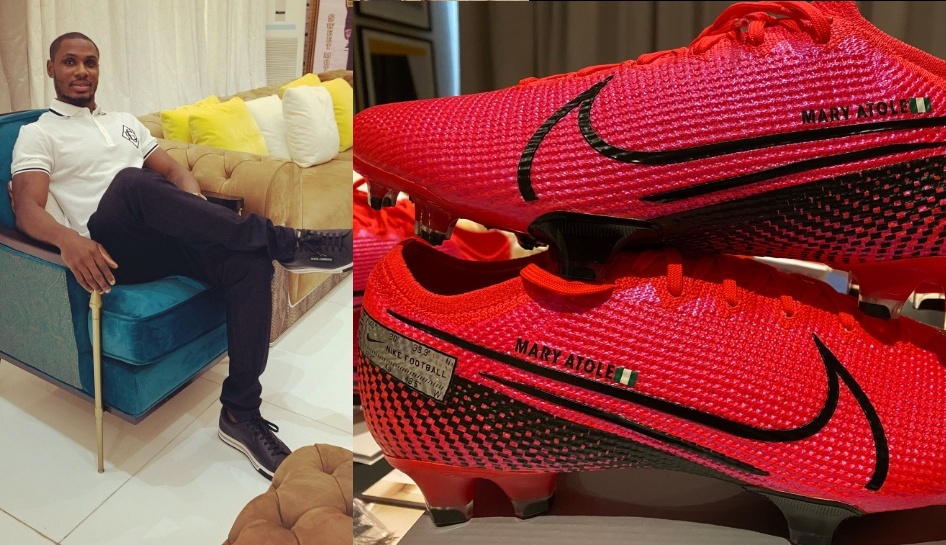 Manchester United’s new forward Odion Ighalo has paid a heartwarming tribute to his late sister with his new pair of Nike football boots.

The Nigeria international sealed a deadline day loan move to his ‘dream club’ on Friday from Chinese Super League side Shanghai Shenhua.

The 30-year-old forward join struggling Manchester United on a six-month loan deal till the end of the season to bolster the squad’s second-half campaign as they compete in the Premier League, UEFA Europa League and Emirates FA Cup.

He shared a photo of the new pair of boots on his Twitter page on Tuesday afternoon.

The name of his late sister Mary Atole with the Nigerian green and white flag were engraved on the red boots with black lining.

Ighalo had announced the death of his sister via his Twitter handle last December.

Mary Atole passed away on December 12th, 2019 and was buried on 21st December.

Since Atole died last December, Ighalo has been using her photo as the display picture of his verified Twitter handle and it seems he wants something that will always register his late sister on his mind than just Twitter DP.

With her name now on his new pair of boots, he’ll surely be reminded of Atole every time he steps on the pitch to play for the Red Devils.

Blood as they always say is thicker than water, Ighalo’s action is a testament to the saying. 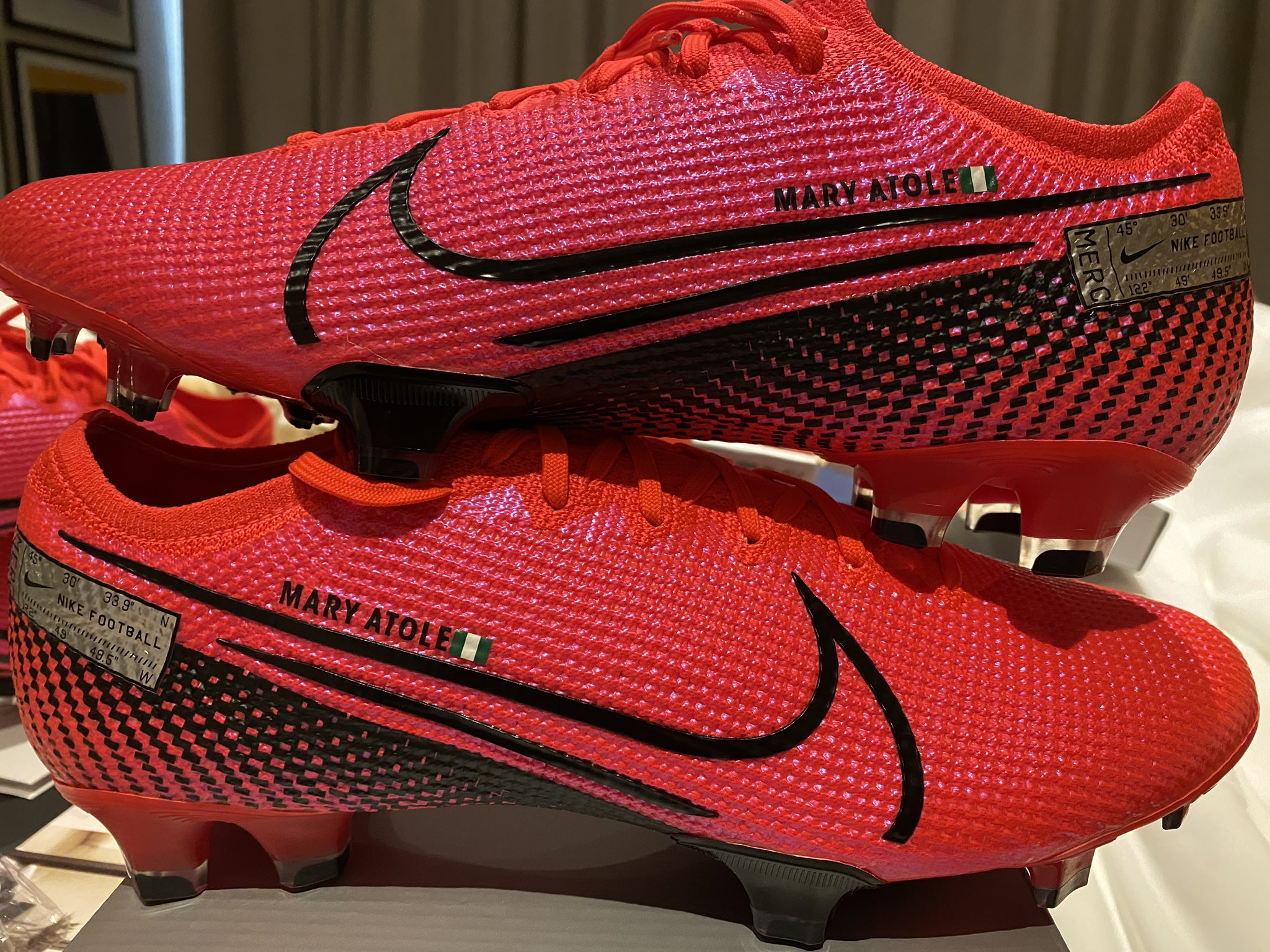