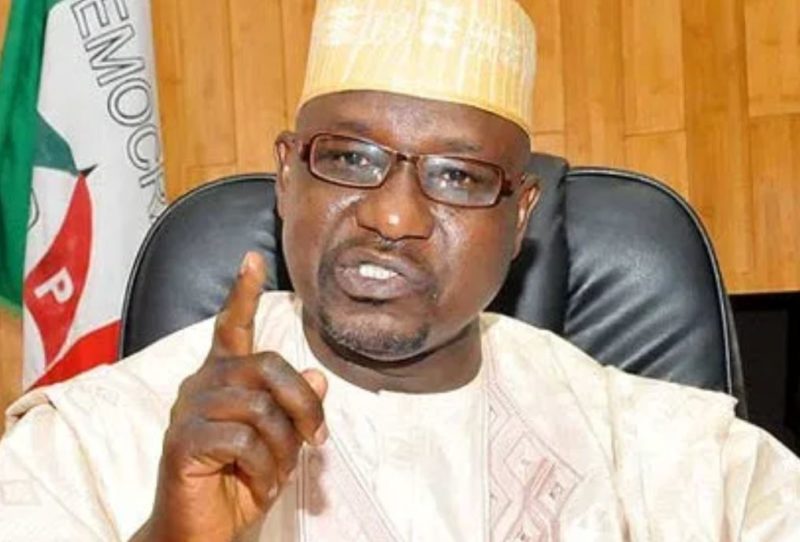 A former Speaker of the Adamawa State House of Assembly and the chairman of the All Progressives Congress (APC) 2019 Gubernatorial Primary Election committee in Imo State, Ahmed Ali Gulak, has dismissed insinuations in some quarters that the Spiritual Leader of the Holy Ghost Adoration Ministry, Enugu State, Rev. Father Ejike Mbaka, is a prophet for the All Progressives Congress [APC].

According to Gulak, Father Mbaka at no time declared himself a member of the ruling APC.

Gulak, a former special adviser on Political Matters to ex-President Goodluck Jonathan, said that anyone is allowed to make predictions that may either come to pass or fail to happen.

Mbaka had prophesied that the governorship candidate of the APC, Senator Hope Uzodinma, will take over from Emeka Ihedioha of the Peoples Democratic Party [PDP] as Imo Governor in 2020.

And while delivering the final judgment on the 2019 election, Justice Kudirat Kekere-Ekun said the votes due to Uzodinma and APC from 318 polling units were wrongly excluded and should be added.

There are those who believe that Mbaka was used to douse the tension in the state before the judgment was delivered but Gulak said,

“You are just talking about Fr Mbaka. Fr Mbaka is a religious leader. You know he said he was predicting. You as a citizen, you can also predict. It depends on how your mind works.

“Well, we can call it a prophecy. You can sleep in the night and have your dream. Don’t you dream?

“You dream from time to time and if through your dream, some things are revealed to you and you come out to tell the public, that does not mean that Fr Mbaka is APC or Supreme Court.”

Speaking on the believe that Mbaka is the spiritual arm of the APC, the politician added,

“You see, I am not a student of that spiritual belief of the people. Only God knows what will happen tomorrow.

“I believe in that. Fr Mbaka has never come out to say he is APC member or PDP member or APGA member. He is just a religious leader who ministers to his followers and on the 31st day of December 2019, during the crossover prayers, sermon, he said God has revealed to him and his followers.

“That is prediction. Some predictions may come right, some may not be right like America predicted that Nigeria would disintegrate in 2015. Did Nigeria disintegrate?

“You see, let us not trivialise this issue. Let us take these issues as serious issues. You don’t joke with the judgment of the Supreme Court.

“That is the highest point of rascality from leaders of a political party. Look, what happened in Zamfara?

“The PDP did not even go to court, but the Supreme Court, in its wisdom, gave judgment that there was no candidate for APC during that election. And you know APC won that election overwhelmingly.

“You may disagree with their decision, but their decision is final. You must live with it. But that doesn’t give you the latitude to abuse and to be castigating an institution you solely depend on when it comes to democracy.”