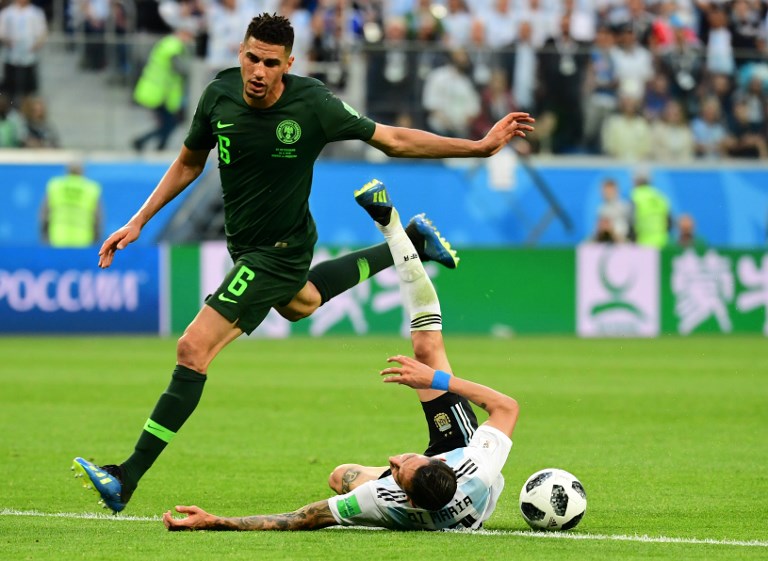 Super Eagles defender, Leon Balogun, has counselled his Nigerian team-mates on the need to play dirty football in international games.

Balogun, who spoke after the Super Eagles exited the ongoing 2018 World Cup in Russia after losing to Argentina, said in a BBC report that the dark arts of football is “probably the most important (lesson from this World Cup).”

“It’s always important when you play internationals to be a bit dirty,” the defender, 30, told BBC Sport.

“That’s what Argentina has, definitely, and you also need to be cold-blooded – that’s probably the most important (lesson from this World Cup).”

“It will be very important to keep going the way we have started,” the new Brighton and Hove Albion signing added.

“We have experienced players, young players, talented players – and there are even more players that are not in the team yet – and we have to keep developing them and investing in their football education.

“We just have to keep working and keep our focus on advancing year after year and then in the next four years we will have a good team – maybe an even better one.”

Despite winning just 22 caps, Balogun is one of the more experienced figures in a Nigeria squad that was the youngest of all the teams in Russia, with an average of 25.

MORE READING!  COVID-19 is no respecter of persons, Ooni of Ife says as he restricts movement in palace

The Super Eagles finished third in Group D after defeats by Croatia and Argentina either side of a 2-0 win over Iceland.