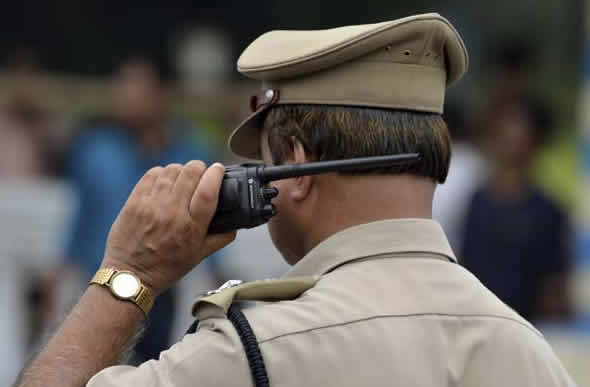 Reports said the Nigerians, aged between 23 and 29, were arrested on Saturday at the Agartala railway station.

“The Nigerian nationals entered Tripura from Bangladesh. Three of the four youth were carrying valid Nigerian passports and Bangladesh visa, but they didn”t have any travel visa for their entry into India,” GRP Sub-Inspector Snehangshu Marak told the media.

He said the Nigerian nationals were going to Guwahati to play for a local club there.

Amtali sub-divisional police officer Anirban Das said the GRP has not yet handed over the detainees to the police.

Tripura shares 856 km international borders with Bangladesh, some stretches of which are still unfenced.

“We detained them during a search on the train. These four people have got valid Nigerian passports and valid visa to Bangladesh. However, they don’t have any travel papers for their entry in India,” Government Railway Police (GRP) Sub-Inspector Snehangshu Marak said in an IndiaExpress report.

Some currency notes, four Nigerian passports and North East Frontier Railway tickets to Guwahati were recovered from their possession.

Amtali Sub-Divisional Police Officer (SDPO) Anirban Das said the GRP hasn’t yet handed over the detainees to the police.

Tripura shares 856 km-long international border with Bangladesh, patches of which are still unfenced.

MORE READING!  Our government has failed us over and over again, Yemi Alade says

These patches are guarded by BSF personnel but foreign nationals often try to sneak in, taking advantage of the semi-porous border.