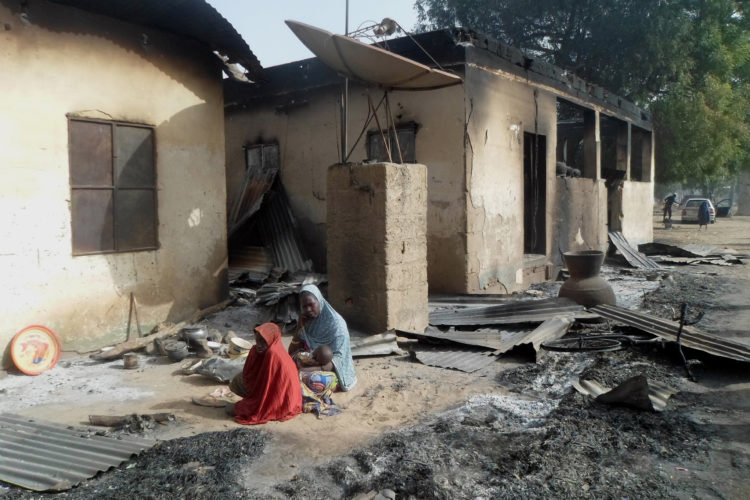 The United Christian Forum of Nigeria (UCFN), a group of Christian elders, has cautioned opposition leaders and leadership of Christian Association of Nigeria (CAN) against making statements that would rather serve as a boost to the Boko Haram and ISWAP insurgents.

The group made the call on Monday in Lagos while addressing newsmen, in reaction to the recent insurgence attacks and killing of Nigerians in North East and the position taken by the leadership of CAN and the opposition parties on the development.

This was just as it further called on CAN leadership to stop playing what it termed “the religious card” to sow the seed of discord, disunity and inflame passions of hate and violence in Nigeria.

Secretary-General of UCFN, Oyekanmi Rafael, while expressing worries over the direction, wording and choice of language used by CAN and opposition leaders, said engaging in issuing such statements and playing religious card could help insurgents achieve the aim of creating unrest in the country.

“We proclaim that these ugly, sad, condemnable and unacceptable flashes of armed criminalities in our nation are assuming dimensions of polarising us along ethnic and religious lines, based on reckless sentiments applied to their interpretations.

“UCFN is most astounded with the recent reaction of the national secretariat of the Christian Association of Nigeria (CAN), the umbrella body of all Christians in Nigeria in a public statement over the unfortunate abduction and murder of the CAN chairman of Michika LGA in Adamawa State, Pastor Lawan Andimi by Boko Haram/ISWAP; the cold-blooded killing of a Lutheran clergy, Pastor Denis Bagauri by unknown assassins and the December 2019 abduction and beheading of 11 Christians captured in Northern Nigeria by terrorists.

“These tragic incidents are regrettable and places our once peaceful country on the precipice of implosion. We commiserate with Mr President, the families of all Christian martyrs, Muslims and Nigerians over the irreparable losses. May Almighty God grant them peaceful rest in his bosom and eternal damnation to the devil-incensed killers,” UCFN Secretary-General said.

However, Rafael noted that as much as these incidents were painful and near inconsolable especially to the families of those who were killed, there was cause for leaders at whatever level as individuals to observe restraint in the sentimental interpretations.

According to him, such restraint needed to be applied to be the time the leaders and the nation needed supportive prayers from the citizens as against vilification.

“This is the time we need to handover the tribulations in our land to the omnipotent God. The evil forces which have besieged us and feasting on our blood cannot overpower the invincible God, whose armours are greater than any other weapon manufactured by man.

“It is completely inexcusable for us to abandon the divine path in this circumstance, and rather resort to hurling tantrums at ourselves and leaders. It is only capable of escalating the tensions and railroading us into a deeper mess by our utterances,” he warned.

Rafael said it was incontrovertible that issues having to do with religion were quite delicate and explosive matters in the country, where the population of the dominant religions, Christianity and Islam peg neck to neck, asserting that sponsors and funders of Boko Haram and ISWAP terrorists tormenting Nigerians were not targeting Christians or Muslims alone.

According to him, everybody is prone to their attacks whenever they came on such satanic missions.

Speaking on the call made by the leadership of CAN on President Muhammadu Buhari to sack his service and security chiefs on account that their composition was steeped in ethnic and religious lopsidedness, the Christian group said it found it extremely unreasonable and repulsive for CAN to have manifested its partisan toga by freely canvassing for the sack of those officers, adding: “It is shameful to argue issues of insecurity in this manner as postulated by the CAN leadership.”

Rafael, who maintained that it was the prerogative of President Buhari appoint or retain security chiefs of his choice, describing such call as “damp incitement of members of rival faiths through partisan weapons which should be avoided.”

This was just as he drew CAN’s attention to the fact to some Christians who were currently serving in key security positions, including Gen Gabriel Abayomi Olonisakin as the Chief of Defence Staff (CDS), Vice Admiral Ibok Ekwe-Ibas (Chief of Naval Staff), adding:

“And to our knowledge, most of the Commanders’ of the Operation Lafiya Dole headquartered in Maiduguri co-ordinating the prosecution of the counter-insurgency operations in the Northeast against Boko Haram/ISWAP elements have been Christians, including the incumbent Commander, Gen Olusegun Adeniyi.”

“Are Nigerians to believe they are part of the agenda to persecute Christians?” he queried.