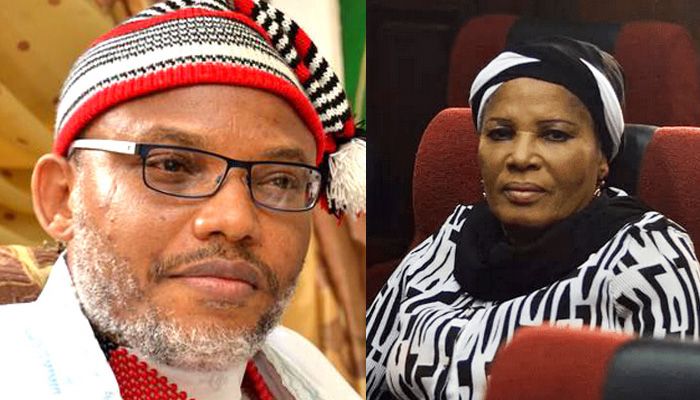 The leader of the Indigenous People of Biafra [IPOB], Nnamdi Kanu, has announced the death of his mother, Ugoeze Sally Meme Kanu.

Kanu, who announced this on Sunday morning, said his mother died on 30th August in Germany after doctors were unable to cure her of a protracted illness.

The IPOB leader accused the federal government of contributing to the death of his mother, with the incident of September 2017, where soldiers had allegedly invaded his house in Umuahia, Abia State.

Kanu said his mum died long before his visit to the UN, and several other engagements he has had, which was a show that the death has not dampened his spirit.

The freedom fighter, however, failed to say why the announcement was coming two months after the death, nor did he reveal any burial arrangement for his mother.

Fellow Biafrans, lovers of freedom all over the world. I bring you the particularly sad news on this very day about the passing of my mother, Ugoeze Sally Nnenne Okwu-Kanu who died on the 30th of August this year in Germany.

Anybody who met my mother or had the unique privilege of making her acquaintance will testify to her generosity but above all, her devotion and love for Biafra. Not just for Biafra as a project but for all those who are within it. She saw IPOB as her family and did everything that she could to ensure that this very struggle is what it is today.

And as we all know the events of the 14th of September 2017 contributed immensely to her ill-health which unfortunately the doctors were not able to do anything about.

A mother as caring and compassionate as she is, watching and seeing how children being killed – twenty-eight (28) of them in total – and having to see their dead bodies traumatized her to the extent that she took ill of which she never recovered.