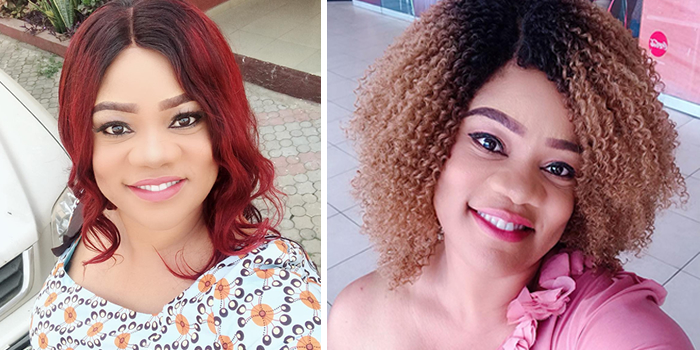 Actress and a happily married mum of two, Opeyemi Aiyeola, who is not known for always causing or engaging in any social media drama with her colleagues or anyone else, has reacted to the ongoing spat between actors Iyabo Ojo and Faithia Balogun.

42-year-old Opeyemi Aiyeola is rarely friends with any of her colleagues neither does she show up at any of their functions or get so attached to any of them on a movie set, to avoid a scenario such as the ongoing drama between Iyabo Ojo and Faithia Balogun.

Sharing a photo from a party she attended this weekend, the actress who loves to keep a low profile, showed off her clique of friends, whom she called them ‘genuine and drama free’ unlike the fake friendship Nollywood actors practice with each other.

She captioned the photo thus: