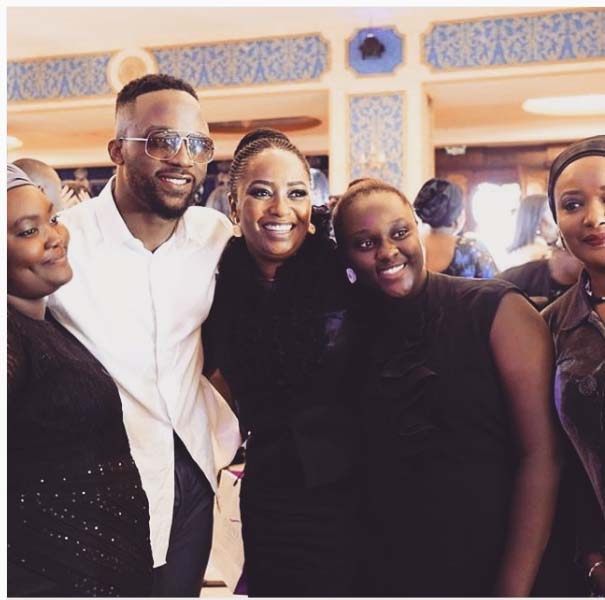 A woman claiming to be Iyanya’s fiancée has blasted him on instagram.

The instagram user, Tecomblah Gussin, called Iyanya a coward who chases fans on Facebook. She also vowed never to marry the musician.

Iyanya Onoyom Mbuk, who rose to fame in 2008 after winning the 2008 MTN Project Fame West Africa is the dream of many female fans, especially considering his well toned muscles and his seductive dance moves.

Around 2014, Iyanya dated Ghanaian actress Yvvone Nelson for about eight months but broke up amidst several speculations. Nelson had later come out to say there were too many lies in the relationship, and that was why she broke up.

“We dated for 7 to 8 months,” she said in an interview with entertainment website, bellanaija.

“We had something and I thought it was special, like he was a wonderful guy but it was all lies. He had other girls and other things he was doing. Aside the actress that was in the picture, there were a lot more. That is how bad it is.

“We were in a relationship and he lied throughout and he was able to do all those things because I wasn’t living in Nigeria. But aside from the distance, I feel if you’re a genuine person and you’re loyal, you would still not do that.”

MORE READING!  I can't wait to wed my jobless 35-year-old Egyptian boyfriend, he's not after my money, says British pensioner, 80

The relationship of Tecomblah Gussin with Iyanya is yet to be confirmed.

[VIDEO] Stop waiting for America to help solve the Boko Haram crisis, black West Africa is not a priority
This incredible yoga poses by 39-week-pregnant mom, Kokobie will make you squirm