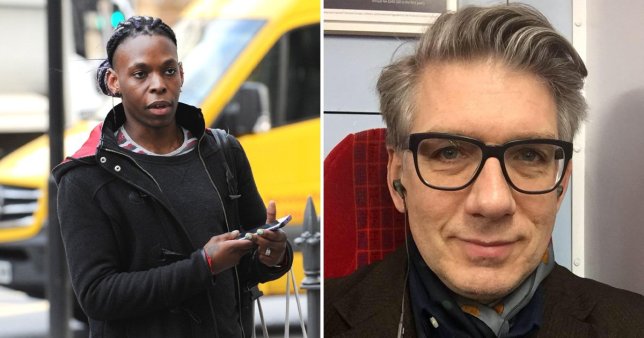 Gerald Matovu, 26, hooked up with Eric Michels, 54, via Grindr in August last year.

Matovu plied him with a fatal dose of GHB at his home in Bolton Road, Chessington, Surrey, then made off with his bank card details and other belongings.

Mr. Michels, who had an uncredited role in Skyfall, was one of 12 men targeted by Matovu and his lover Brandon Dunbar, 24, over a 19-month period, jurors heard. Following an Old Bailey trial, Matovu was found guilty of businessman Mr. Michels’ murder and a string of other offences.

Jurors were not told about Matovu’s past connection with former chef Port, 44, from Barking, who had also targeted victims through Grindr and killed them with GHB overdoses.

Port was handed a whole life term for raping and murdering four young men and dumping their bodies near his home in Barking, east London, between 2014 and 2015.

Following Port’s 2016 trial, Matovu pleaded guilty to supplying mephedrone and GHB and offering to supply GHB but denied knowing what Port planned to do with it.

In April 2017, Matovu was sentenced to 12 months of community service, 150 hours of unpaid work and 40 days of drug rehabilitation. Port and Matovu had different motives.

While Port was a sexual predator, Matovu was a prolific thief who would render his victims unconscious with GHB.

On the evening of August 16 last year, divorced father-of-three Mr. Michels made contact with Matovu on Grindr after a night out in Soho gay bars.

Mr. Michels invited him to his place in south-west London for sex, the court heard. While there, the defendant drugged Mr. Michels and took photographs of his bank cards and driver’s licence.

Matovu made off with a MacBook, mobile phone, an initialled black case, US driving licence and various cards as well as a suitcase full of bottles of alcohol.

Mr. Michels’ body was discovered by his concerned family the following day in bed under a duvet. An empty 3ml syringe without a needle attached was found on the floor beside the bed.

DNA from the victim and defendant was identified on it, as well as traces of GHB, the court heard. Matovu denied murder but accepted going home with him to have consensual sex. He denied administering GHB to Mr Michels, claiming he took it of his own free will.

A jury deliberated for 26 hours to reach guilty verdicts on all the charges against both defendants. Members of the victim’s family in court shouted out ‘yes – the rest of your life in prison’ as Matovu looked on impassive.

Matovu and Dunbar were convicted of a string of charges including administering a noxious substance, assault by penetration and theft. They will be sentenced at a later date.

Mr. Michels was originally from Portland, Maine, and studied acting before moving to the UK in 1987.

He became a successful businessman and held a senior role at the energy company SSE. But he also carried on in show business in his spare time, appearing in films and working as a magician.

Mr. Michels was described in court as an ‘adoring father’ to two sons and a daughter and had come out as gay after a divorce. His family said he was ‘caring, funny and loved by all.’

‘I’ll never meet anyone like him ever again in my life and losing him has been like losing a limb.’

Mr. Michels family are calling for changes on how GHB is treated by the authorities. The drug is used by clubbers and in so-called chemsex but it is frequently used in instances of date rape.