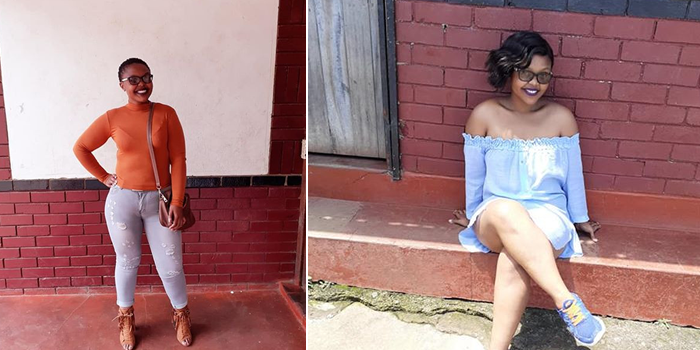 A hitchhiking trip from job interviews in Johannesburg turned tragic for two siblings when one was gang-raped and shot dead while her brother was thrown off a moving taxi.

Kwanele Fezile Zuma and Ngceboyenkosi Minende Zuma, both 22, from Carolina in Mpumalanga took a taxi back home late on Monday after they both went for interviews in Johannesburg.

A bruised Ngceboyenkosi told Sowetan on Thursday, that because it was late, they could only get a taxi that goes as far as Emalahleni, about 110km away from home. They then had to hitchhike to Carolina.

“We both attended our interviews on Monday morning. When we were done, we headed home because Kwanele had to go to work the next day as she was a general worker at a mine in Carolina. The taxi [from Johannesburg] dropped us off in Witbank and we hitchhiked. Another taxi with several men inside stopped to give us a ride. I then realised that the taxi was taking a road to Ogies and before I could ask any questions, one of the men hit me with a gun in the back of my head. They threw me out of the moving taxi,” said Ngceboyenkosi. He said he blacked out and only woke up in hospital the next day, where he was told that Kwanele was dead.”

“I am unable to walk, hence I’m on this wheelchair. Doctors say my spinal cord is injured.”

The siblings’ brother, Sanele Zuma, said Kwanele was raped by the men before being shot in the head.

“We waited for them until 10pm [on Monday]. We thought they were stranded. The next morning, our other brother and my elder sister went to tell her manager at the mine that she won’t be coming to work. We went to the police to report that my siblings were missing; and at around 10am, we got a call that they have been found and were in hospital. But when we asked Ngceboyenkosi about Kwanele, he told us that he last saw her in the taxi before he was thrown out,” said Sanele.

“They were robbed of their belongings…,” said Hlathi.

Kwanele’s mother Margaret Zuma said she was hoping that her daughter would find a better job so that their finances could improve. Kwanele only started working at the mine last month.

“I’m very hurt about this. When she went for this interview I thought she would take us to greener pastures … but I didn’t know that going to this interview would lead to her death.”