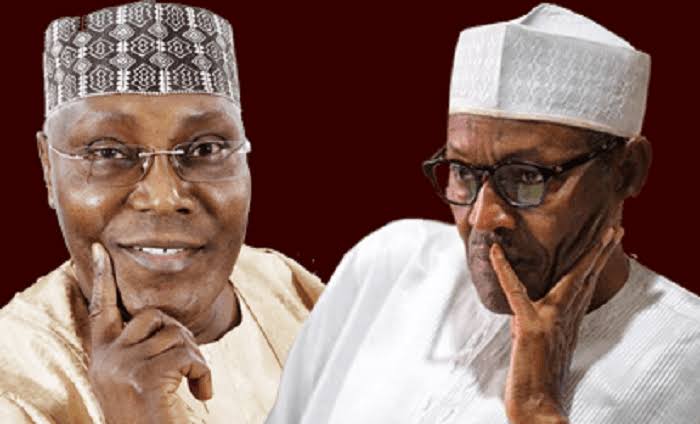 The presidential election petition tribunal on Wednesday dismissed the petition brought by the Peoples Democratic Party (PDP) and its presidential candidate, Atiku Abubakar challenging the election of President Muhammadu Buhari of the All Progressives Congress (APC).

The court held, in the lead judgment by Justice Mohammed Garba, held that the petitioners failed to prove their case.

It also said it has come to an inevitable conclusion that the petitioners have not proved any of the grounds of the petition as known by law and consequently discarded the petition in its entirety.

“And the petition is hereby dismissed in its entirety,” says the leading judge, Mohammed Garba.

This development followed a petition dated March 18, by Atiku and PDP challenging the declaration by the Independent National Electoral Commission, INEC, that Buhari as the winner of the February 23, presidential election.

Before the judgment, however, the tribunal took out time to rule on certain pending motions and applications by the parties in the matter.

Part of the resolved applications was that the exclusion of Vice President, Yemi Osibanjo from the petition did not negate the legality of the petition by the petitioner contrary to INEC’s claim.

This is because the tribunal said the constitution places the position of the Deputy Governor and vice president in the shadow as appendages. It further affirmed that the candidates in those capacities are being envisaged in the eyes of the law as interested parties and not necessary parties.

Further, the tribunal dismissed the INEC motion seeking to strike out Atiku’s application challenging Buhari’s qualification as a pre-election matter.

It was ruled that section 138 (1) (a) of the electoral act allows for the filing of the petition relating to an allegation of false information. The tribunal, therefore, ruled that it has within its powers to treat the application and make a determination of the details as contained in the petition.

“I’m of the view that section 138 (1) does not fall in the category of a pre-election matter.

Also, the tribunal struck out the APC motion alleging that Atiku was a Cameroonian and affirmed subsequently that Atiku is a Nigerian and, so qualified to contest the presidential election.

Besides, the tribunal refused the application by INEC fo nullify the documents and witnesses presented by the PDP on grounds that the petitioners made wrong spelling of the lead counsel, Levi Uzoukwu’s name in their petition.

For the allegations of electoral malpractices by the petitioners, the APC and INEC urged the tribunal to strike it out, alleging it was vague and nebulous.

But the tribunal refused. It decided that the allegations are not vague and nebulous as claimed by the respondents even though specific areas the malpractices allegedly took place were not mentioned.

In the main allegations of none possession of minimum education qualification and submission of affidavit containing false information to INEC against Buhari, the tribunal after going through the whole hog of legal fireworks as made by the counsels, affirmed that, “the second respondent (Buhari) was not only qualified but eminently qualified to contest the presidential election”. It, therefore, dismissed the petitioners’ petition saying, the arguments go to no issue and was a rebuttable presumption.

The tribunal also pointed out that the evidence tendered challenging Buhari’s academic qualification were not to be relied upon since the PDP was not the maker of the certificate.

As for the controversial use of the INEC server and card reader machines, the tribunal said there was no subsisting electoral law mandating the use of smart card reader, a situation it maintained, has not changed since 2015.

It also said the card readers could only be used to administer the voter’s card and authenticate the voter but not to authenticate election results.
The five-member panel of the tribunal said the PDP’s application suggesting the use of a central server for the collation of result was, therefore, misconceived.

In part of the petition over the alleged use of a central server, the court noted that the PDP had said that Section 9 of the Electoral Act was amended in 2015.

“The issue is: Can it truly be said that the section amended actually empowered INEC to transmit election results electronically?

“The court only has a duty to interpret the law. The court has no power to amend the law.”

The court read out the import of the provision, stating that Section 22 (a) does not provide for electronic transmission of results.

“It is undeniable that the transmission of election result is manual at different and all levels of the elections at different stages from the states to the national level.

“I’m not aware that the card reader machine has replaced the voters’ register”.