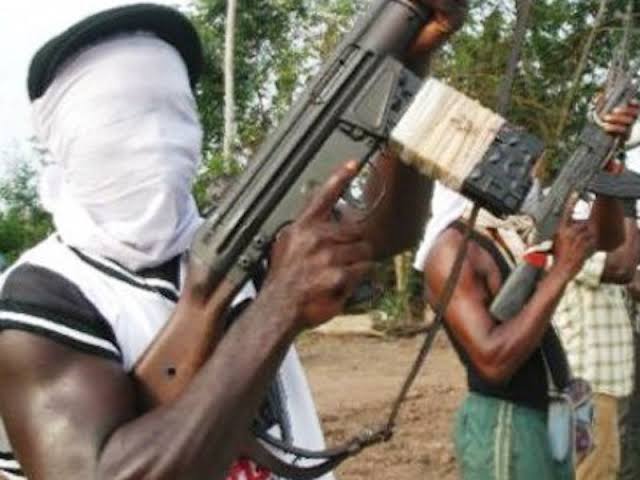 The Catholic Archbishop of Lagos, Most Rev. Alfred Adewale Martins has condemned the recent killing of 18-year-old Michael Nnadi of The Good Shepherd Major Seminary, Kaduna by gunmen.

According to him, the failure of the Federal Government to safeguard the lives of innocent Nigerians was capable of breeding anarchy.

Nnadi was abducted alongside three other seminarians by gunmen in Kaduna State.

Martins in a statement issued on Sunday night by the Director of Social Communications, Rev Fr. Anthony Godonu, said the murder “was yet another indication of the failure of the present security arrangement of the Federal Government to address insecurity in the nation.”

“The persistent cases of inability of the Federal Government to safeguard the lives of innocent Nigerians was capable of breeding a state of anarchy in the land as the people cannot just fold their hands and watch themselves slaughtered like animals.”

Martins said it was time the President, Major General Muhammdu Buhari (retd), took “another look at the present security structures in the land and rejig them before the masses began to take the law into their own hands

“I received with great sadness the news of the murder of the fourth seminarian, Michael Nnadi who was kidnapped recently in Kaduna. This was a young man who abandoned all with the desire to serve His creator and humanity, now murdered for no just cause.

“This is just one of several cases of innocent Nigerians being killed on daily basis by gun men while our security services and their chiefs watch as if they were helpless. Only recently we had the case of the CAN Chairman in Adamawa State (Lawani Andimi), who was executed and before that the murder of eleven innocent people by so-called ISWAP and the execution of the two students returning to their studies in Maiduguri.

“We have also had situations of suicide bombers going into mosques to murder people who had simply gone to worship God as they know Him. This appalling situation must come to an end. We cannot just fold our arms and allow these monstrous activities to continue to thrive. The consequences of the dastardly acts on the psyche of Nigerians can only be imagined. The Federal Government must act now before things get out of hand.

“For a while now, many Nigerians from different walks of life have been calling for a revamping of the security arrangements in the nation even if it means the replacement of the heads of the various security agencies in order to give room for new ideas.

“It is beyond doubt that the gains of the past few years are being lost because those at the helm of affairs and the soldiers in the thick of the war are tired and need to be replaced. The strategy for executing the war needs to be reexamined to determine its effectiveness.

“Recently, the Governors of the South West started a security outfit (Amotekun) to support the present arrangement on ground and there was needless furore raised by some elements with questionable motives. Perhaps now that the same demands are being made by Governors of the South East, the matter would be taken more seriously.”

While warning that no group of people should be allowed to continue to operate outside the law, the cleric said that the kids glove approach being utilized by the security agencies in addressing insecurity in the land was not yielding the desired result.

He therefore insisted that the only way the Federal Government can reassure the people that they are committed to their welfare was “to enforce mass arrest of the perpetrators and bring an end to the menace of kidnapping across the land.”

Martins condoled with the families of the slain seminarian, the Bishop of Sokoto, the priests and faithful of the Diocese as well as the staff and seminarians of the Good Shepherd Seminary and indeed all the people of Nigeria and the Catholics in particular.

He urged them to remain calm and prayerful, assuring them that light would eventually prevail over darkness.