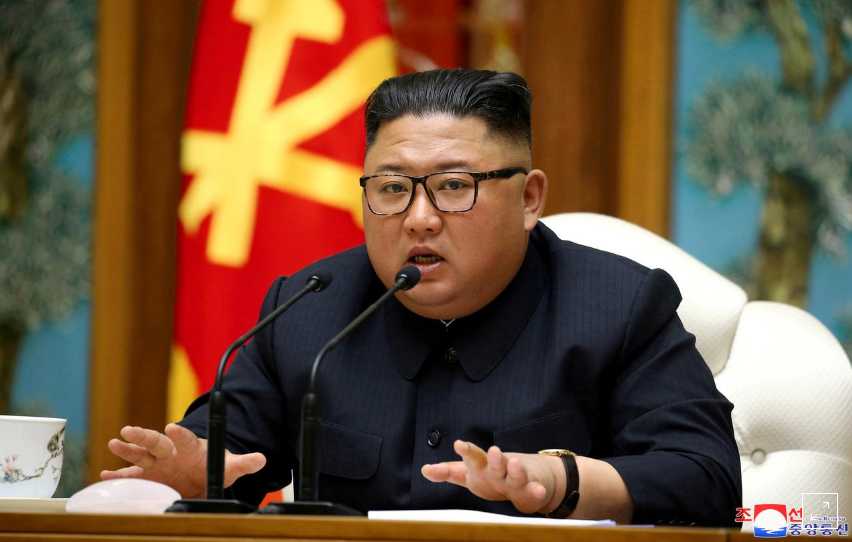 North Korean dictator Kim Jong-un deliberately faked his death to expose traitors in his circle and who had hopes of taking power from the leader’s “death”, reports claimed.

Sky News Australia has said that Kim, 36, may have deliberately pretended to be dead so that he could figure out if there were leaks in his inner circle in North Korea.

Kim disappeared from state media for three weeks, sparking wild rumours about his health and whereabouts, and worry about prospects for the nuclear-armed state in the event of an unexpected succession.

Those rumours were squashed on Saturday when North Korean media published photographs and video of Kim at a ribbon-cutting ceremony for the inauguration of a fertiliser plant.

Sky Outsiders host James Morrow told Australian viewers that Kim Jong may have been pulling a “classic Stalinist manoeuvre” to see what the public’s response was.

It is now possible that the leader will use the responses from his long period of absence to begin “purging” those he believes colluded to take over.

The leader’s reappearance into the spotlight has ruined the credibility of high profile defectors who had suggested Kim Jong was suffering from a life-threatening illness or had died.

His re-emergence came as a blow to the credibility of some high-profile defectors from the North who had speculated that Kim was suffering from a grave illness or could even be dead, the report added.

One of the defectors, Thae Yong-ho, was North Korea’s deputy ambassador to Britain, where he managed secret funds for Kim. Thae fled to South Korea in 2016 and was one of a pair of defectors elected to parliament last month.

“I am aware that one of the reasons why many of you voted for me as a lawmaker is with the expectations of an accurate analysis and projections on North Korean issues,” Thay said in a statement. “I feel the blame and heavy responsibility.”

“Whatever the reasons, I apologise to everyone.”

The other prominent defector elected to parliament, Ji Seong-ho, had said in a media interview he was 99% certain that Kim had died after cardiovascular surgery and an official announcement would come as soon as Saturday.

Daily NK, a Seoul-based news outlet with sources inside North Korea, reported in April that Kim was recovering from a cardiovascular procedure.

Ji, who was invited to attend US President Donald Trump’s State of the Union address in 2018, issued a statement to apologise.

“I have pondered on myself for the past few days, and felt the weight of the position that I’m in,” Ji said. 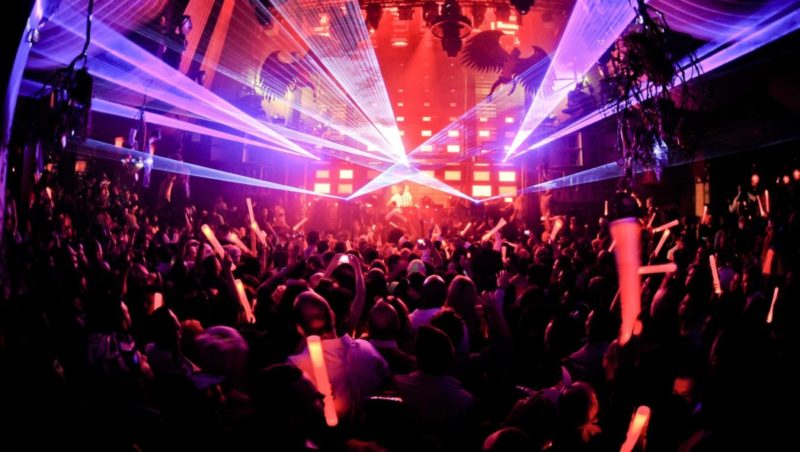 Following some US citizens’ refusal to obey Covid-19 measures, it was discovered that several college students in an Alabama city organised “Covid-19” parties as a contest to see who would get the virus first.

Tuscaloosa City Councilor Sonya McKinstry said students hosted the parties to intentionally infect each other with the new coronavirus. That’s not it! All the invited guests of the party put money in a pot and whoever gets COVID 19 first gets the pot.

“They put money in a pot and they try to get COVID. Whoever gets COVID first gets the pot. It makes no sense,” McKinstry said. “They’re intentionally doing it.”

Prior to this too, students in Walla Walla conducted similar Covid-19 parties, thinking they would be infected with coronavirus and become immune!

As per a CNN report, many Americans believe that it is better to get infected with the virus and get it over with to faster reach herd immunity. Herd immunity is an epidemiological concept that describes the state at which the virus becomes less of a threat because the majority of the population has become immune to it.

However, the logic is flawed as herd immunity best comes from a vaccine. More so, even if one develops immunity, it might not last forever and could wane over time. Also, not to forget that these youngsters might spread the disease to old and vulnerable people, further worsening the crisis.

Experts have warned against following the trend and said more and more Covid-19 cases would overburden health system and hospitals, resulting in more deaths.

The contagion has so far killed more than 127,000 people in the United States. 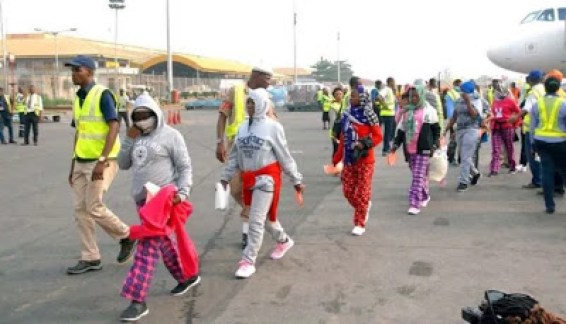 No fewer than 322 Nigerians stranded in the United States due to the coronavirus pandemic are on their way home.

Minister of Foreign Affairs, Geoffrey Onyeama, disclosed this on Saturday via Twitter.

According to him, the evacuees departed the Newark Liberty International Airport aboard an Ethiopian aircraft with flight number ET 509.

He said the returnees are expected to arrive at the Murtala Muhammed International Airport, Lagos around 02:30pm.

The minister added that they all tested negative for the virus and would be subjected to mandatory repatriation protocols outlined by the Nigeria Centre for Disease Control and the Presidential Task Force on COVID-19 upon arrival in the country.

He explained that each of the returnees would undergo 14-day self-isolation and take another Covid-19 test before they are allowed to mix with the society.

In other news, Hadi Sirika, the Minister of Aviation has disclosed that airports in Nigeria are 90% ready for reopening.

This was disclosed by the aviation minister on Saturday, June 27 after he and other government officials took part in the dry run simulation exercises held at the domestic terminals of the Nnamdi Azikiwe International Airport, Abuja and Murtala Muhammed Airport, Lagos respectively. 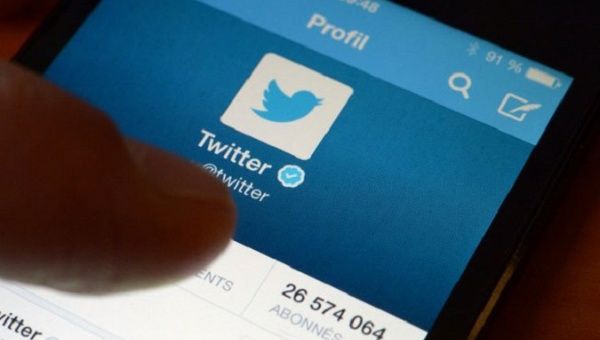 Twitter engineers revealed that they would be making the language in code, docs, and configs more inclusive, removing words like Backlist, Whitelist, Master, Slave for more inclusive words.

Inclusive language plays a critical role in fostering an environment where everyone belongs. At Twitter, the language we have been using in our code does not reflect our values as a company or represent the people we serve. We want to change that. #WordsMatter

We’re starting with a set of words we want to move away from using in favour of more inclusive language, such as:

There is no switch we can flip to make these changes everywhere, at once. We will continue to iterate on this work and want to put in place processes and systems that will allow us to apply these changes at scale. We’re focusing on these areas Down pointing backhand index

1. Migrating source code and changing configuration by going through our existing code, IDing violating terms with new warning tools, and changing to the new inclusive terminology. Automated tools and linters are being developed in order to minimize manual effort for developers.

This isn’t just about eng terms or code. Words matter in our meetings, our conversations, and the documents we write. We know there’s still a lot of work to do, but we’re committed to doing our part. #UntilWeAllBelong