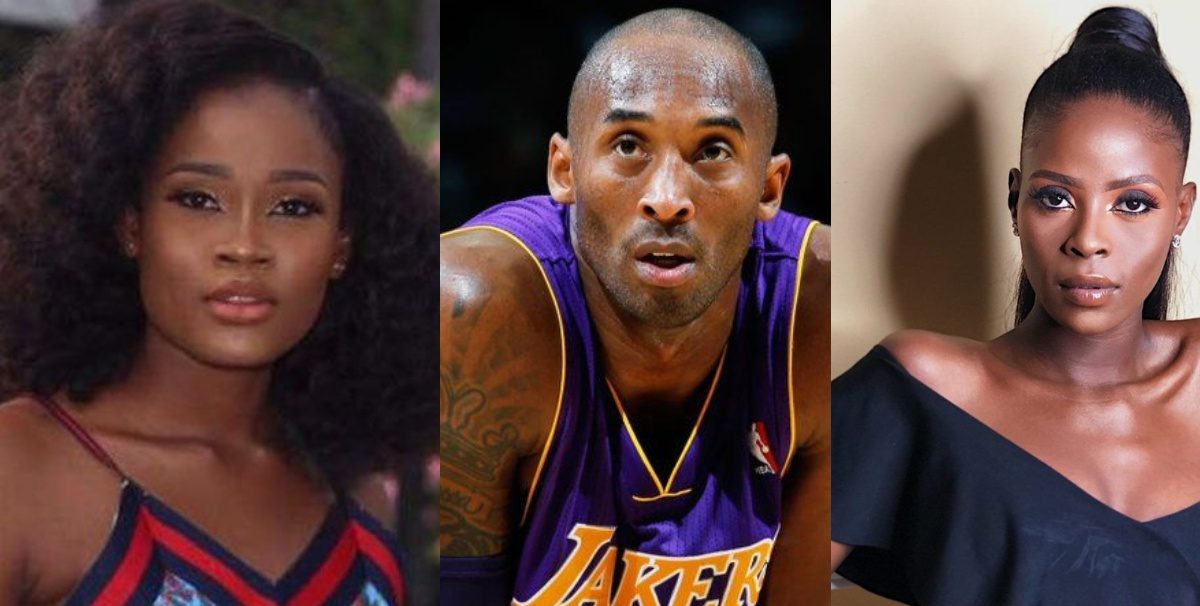 Khloe had taken to her Instastory to describe Nigerians as hypocrites following the outpouring of tributes for the basketball legend.

She said they didn’t show the same empathy to fellow Nigerians when the need arises.

“I’m just here seeing some Nigerians posting Kobe and I’m disappointed… don’t even get me wrong, it’s not a bad thing but last week I posted families, children stranded cos government sent them out of their homes and they need our help. They didn’t repost or try to lift one finger. Now someone you don’t know, doesn’t know you died it’s all RIP legend…

“Hypocrites, but anything to feel important right. Instead of working on your legacy, helping people, impacting lives in your own society, you are out here posting Kobe.” 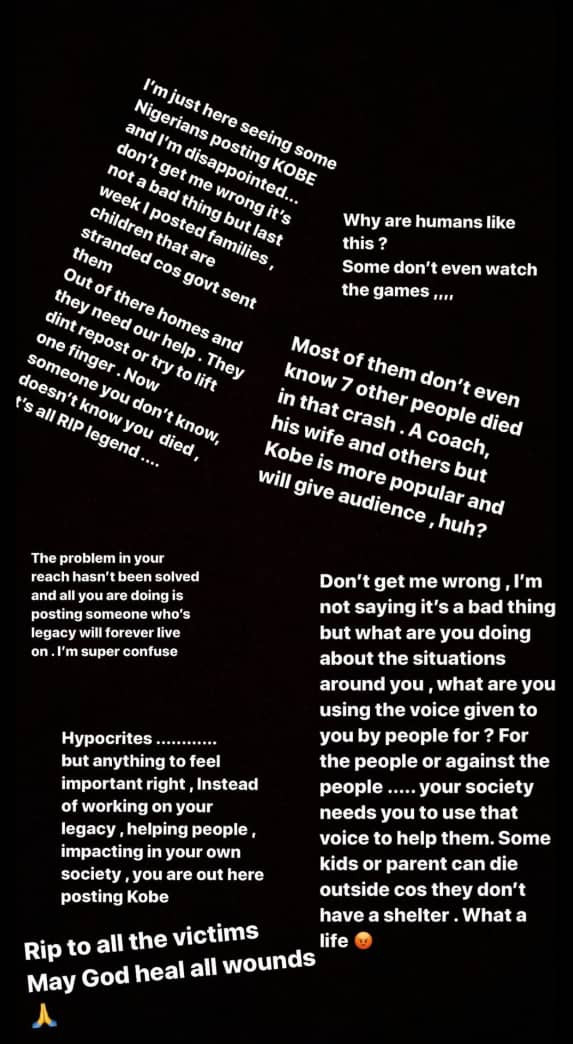 Responding to the post, Cee C also took to her Instastory to slam Khloe and others who have been condemning Nigerians celebrating the late sports icon.

MORE READING!  My life Switched from a Milli to a Billi - Patoranking hints at being a billionaire

“It is ridiculous that in the midst of something as tragic as what happened yesterday, some people feel the need to spew their negativity towards people who are moved to mourn and show respect…

“When someone who has in someway impacted in your life dies, whether from afar or close. I think it’s appropriate to celebrate them.

“Nobody has the right to tell others or determine the level of grief they should have or show… If you don’t have any reason to celebrate them, let others do it because not only is it the right thing to do, it’s the human thing to do.” 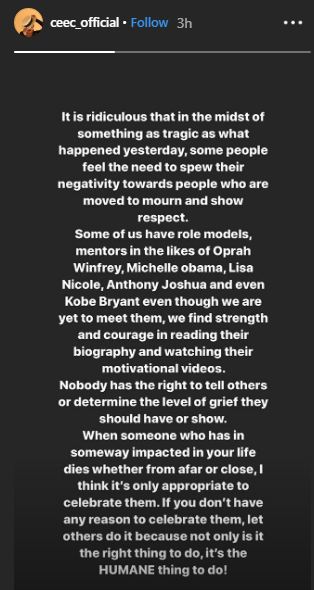 Man strips inside betting shop after last game ruined his N5.7m ticket (Video)
Those who tell you divorce is a sin will only cry when you lose your life – Toke Makinwa