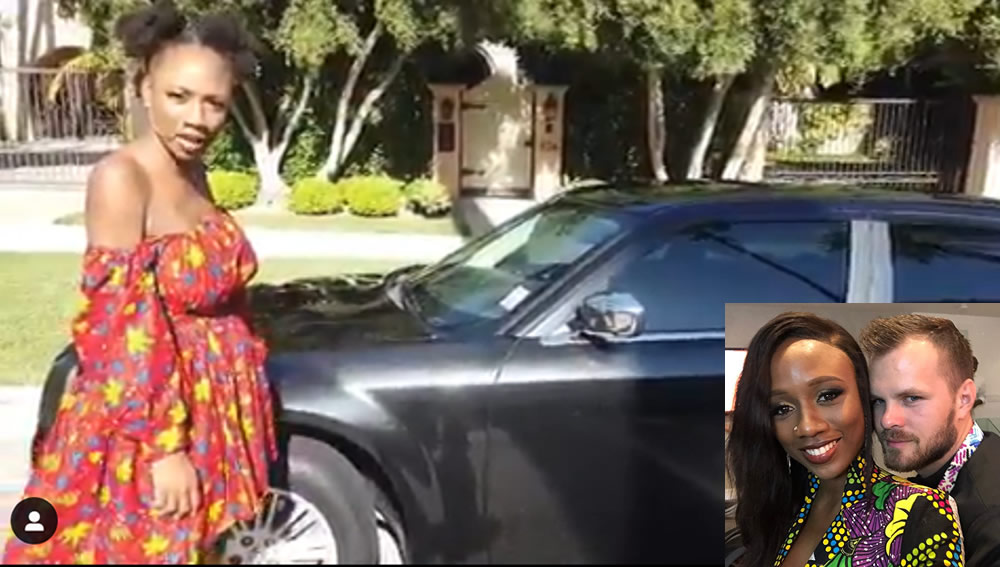 The excited mother of one admitted this would be her first ride since she relocated to the United States.

Obidi took to her Instagram page to celebrate her husband and showed off the sleek ride. She wrote,

MORE READING!  I was raped at 15, gave birth to twins and now they have grown, Nigerian Lady recounts experience

My first car in LA! Was so happy!

It was a freaking amazing day!

Thanks for the surprise @drjustindean the best husband in the world! @junedean_ we have a car!

He was acting weird all morning, close your eyes, close your eyes 🤬 It was worth it though. My first car in LA! Was so happy! It was a freaking amazing day! Thanks for the surprise @drjustindean the best husband in the world! @junedean_ we have a car! No more Uber everywhere! Dress: @grass_fields Next time tell me 😒🤪 #tgif #countyourblessings #sograteful

MORE READING!  I was raped at 15, gave birth to twins and now they have grown, Nigerian Lady recounts experience
Continue Reading