A Nigerian woman who was reported in some sections of the media to have killed her two kids and thereafter committed suicide over her husband’s infidelity has debunked the viral report.

The online media was awash with reports earlier today that 29-year-old Brenda killed her children and took her own life after catching her husband cheating with the housemaid.

Part of the report read:

“Brenda purchased the pesticide ‘sniper’, mixed it with juice and gave the kids to drink before ingesting some herself.”

However, the woman in the middle of the viral report has come out to debunk the story, saying she and her family are hale and hearty.

Brenda Unique took to her Facebook page to share a screenshot of the report which she described as fake news and urged family and friends to ignore.

She also rained curses on those peddling the fake news.

In a post she has since deleted on her wall, she wrote:

“Please friends ignore this as this is fake and not real, I and my family are hail (sic) and hearty and in peace.

“I don’t know where this fake news is coming from.” 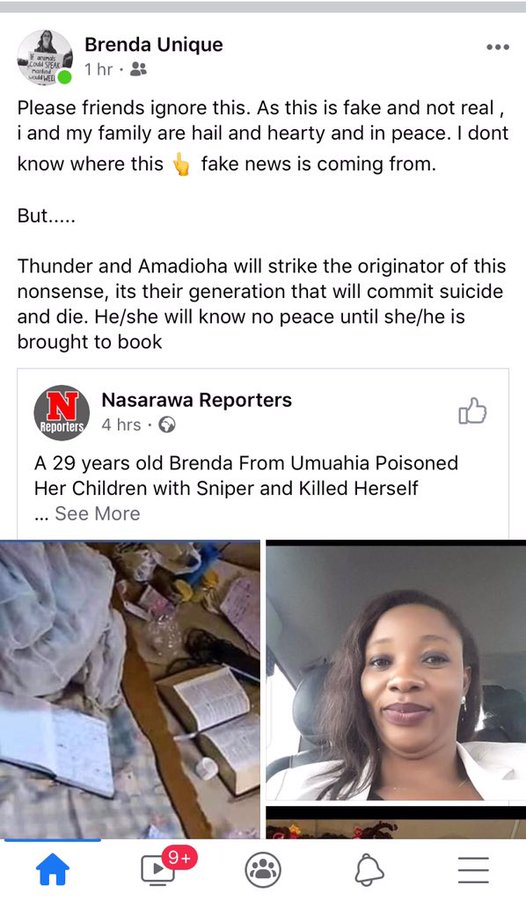