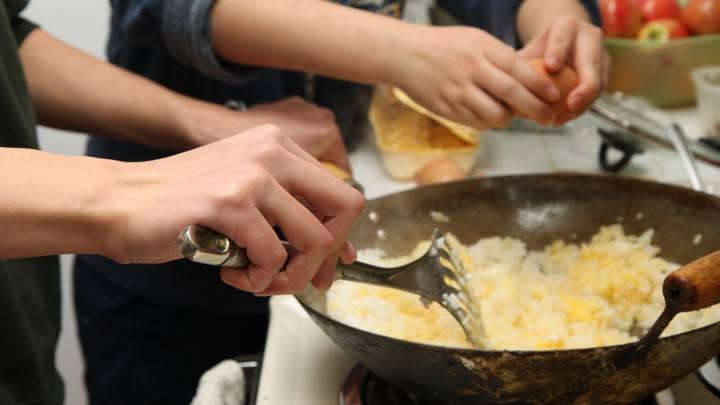 When Ọmọlọlá hired a 19-year-old boy to work in her food company, despite him falling short on the health grounds, she probably thought she would help lift him from the doldrums to an enviable place, it turns out she was wrong.

Taking to her Twitter handle to narrate her story, Ọmọlọlá shared how she employed the orphan boy, who has hepatitis C, and is responsible for his siblings, paid for his treatment, paid for his GCE and was already working on getting funds for his tertiary tuition, before all her plans collapsed like a pack of cards.

Ọmọlọlá discovered the boy she was trying to help has been cheating her all along. He never took the test, did not sit for GCE, and had practically lied and cheated his benefactor at every turn.

No point keeping him, and Ọmọlọlá was forced to take the painful decision of sacking him:

Another story. I hired this boy and we did health tests. He was 19. Turned out he had hepatitis C. Food company so we can’t hire certain people because food handling and all that. But he was an orphan responsible for his siblings and hepatitis C is curable. So I hired him.

3 months, paying for his hospital bills and paying salary too. While he wasn’t really working. I couldn’t allow him to work till he had completed his treatment. So I just housed, fed and paid hospital bills plus salary for 3 months. No work apart from cleaning around the office

Turns out, he wasn’t going to the hospital for his treatment. He was pocketing the money for treatment and drugs and bringing back fake receipts.

During this time he also said he wanted to write GCE exams. I paid for that one too and he was off work for almost two months to study and write the exam.

Problem started when i sent all of them to my husband’s hospital for fresh tests. At this time he had begun handling food

It had been months so treatment course for hepatitis was over. But, I sha said I should double-check. Oga still had the disease. The others fessed up. They all knew everything had been a lie. He was giving them their cut sha so they kept quiet

They risked their own health, plus the health of customers because of the 1k, 2k he was sharing with them.

Plus the driver I was instructing to drive him to the hospital. And the agent that brought him too.

Agent said he did not know the boy was not going for treatment. But I didn’t believe him. Time to fire him, tears and begging. “my siblings will starve”. But you did not know that one before? Now I am the wicked person for firing you, and starving your siblings.

Gce too was lies. He was too preoccupied with stealing from me that he lost a good opportunity. I had spoken to my folks. They were going to pay for his tuition if he got into university.

But the small 15k here, 5k there, 2k there that he was using “brain” to collect from me had clouded his mind. He couldn’t see what a faithful relationship with his boss could bring. So he lost everything I had planned for him

He will probably go through life, angry and upset at rich people, talking about how life is unfair and how Nigeria does not let people like him climb out of poverty, but in truth, he does not need life to fuck him over. His greed already and will continue to do that just fine.