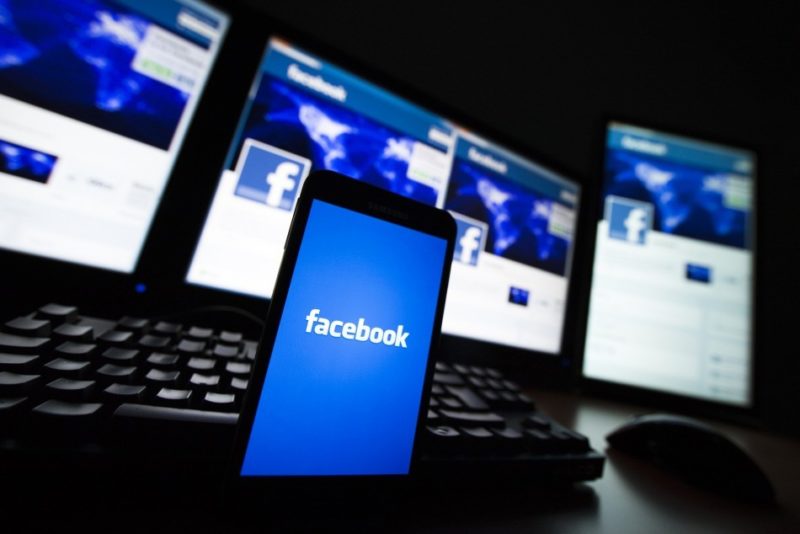 We thought the world is a global community and Facebook, a social media platform in the digital world, is for connecting with family, friends and others to keep the friendship bond alive virtually?

Well, a security guard has reportedly landed in trouble for using Facebook for the right purpose.

He has been arrested for sending a friend request to a lady who lives in the estate where the house he is employed to guard is located.

He didn’t run into trouble for phishing, scam or other internet fraud, according to the account of a Twitter user, the man was arrested for only sending a friend request.

MORE READING!  90 per cent of men can cook but are just too lazy, Dr Toolz alleges

Facebook has an option to reject a friend request and also block the sender from sending future requests, probably the lady didn’t find the options useful enough and she decided to get the man arrested.

Boluere said the lady who ordered the security guard’s arrest is famous in her estate in Abuja as a troublesome resident and had fought almost every resident in the estate.

“There’s this chic in my estate that’s notorious for quarelling serially.

“Today she came to arrest my building security guy.

“What did he do? Sent her a friend’s request on Facebook.”

Another Twitter user @AdejoED who also resides in the estate corroborated her claim after asking about the woman from his neighbours.

Lmao they know her o. But making trouble with someone for sending Facebook friend request is another level of psycho sha 😂

There's this chic in my estate that's notorious for quarelling serially.
Today she came to arrest my building security guy.
What did he do? Sent her a friend's request on Facebook. 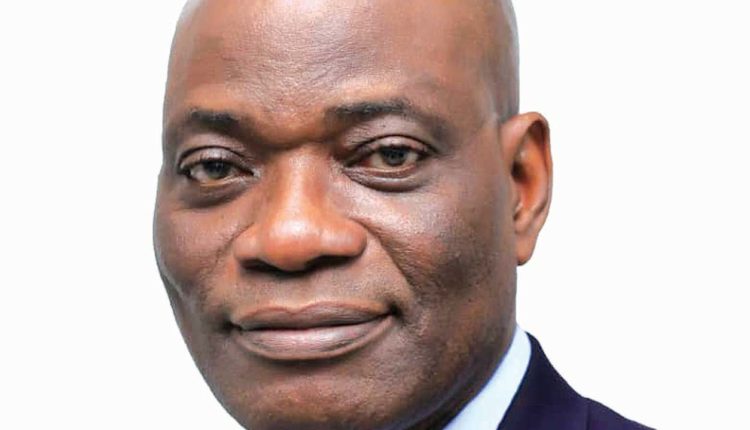 The Vice-Chancellor of the University of Lagos (UNILAG), Professor Olawatoyin Ogundipe, has been sacked by the governing council of the institution.

His removal was announced during a meeting of the Governing Council of the institution which held at the National Universities Commission (NUC) building in Abuja today.

Seven members voted for the removal of Ogundipe (UNILAG Vice-Chancellor) while four voted against. One of the members voted that he should rather be placed on suspension.

The meeting was presided over by its Pro-Chancellor and Chairman of Council, Dr Wale Babalakin (SAN).

Recall that the council chairman, Babalakin and the UNILAG Vice-Chancellor, Prof Toyin Ogundipe, have been at loggerheads over some issues relating to the running of the school.

The face-off led to the last-minute suspension of this year’s graduation ceremonies of the school.

MORE READING!  New photos of mum and kids abandoned for having blue eyes

Based on the development, ASUU, UNILAG chapter under the leadership of Dr Dele Ashiru, held a Congress where Babalakin was declared unwelcomed on campus.

When the Council attempted to hold a meeting a few weeks ago, ASUU also fixed its congress for the foyer of the Council Chambers and the Council called off it’s meeting due to that.

As a fallout of the matter, four senior professors in the school including Prof. Lai Olurode issued a statement lambasting ASUU’s stance and saying that the action amounted to overzealousness on the part of the union. 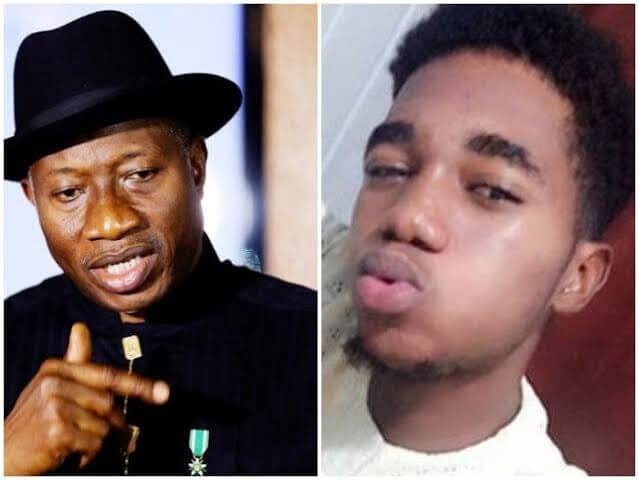 Olusola Babatunde, the final year student of Ladoke Akintola University and social media influencer who was arrested for creating a parody Twitter account of former President, Goodluck Jonathan has been released after spending 82 days in detention.

#FreeShola has just been released from @PoliceNG detention in Abuja after more than 2 months for creating a parody account in the name of ex-President @GEJonathan, the former Pres. has also agreed to discontinue the bogus criminal trial. G-thanks to all! #RevolutionNow 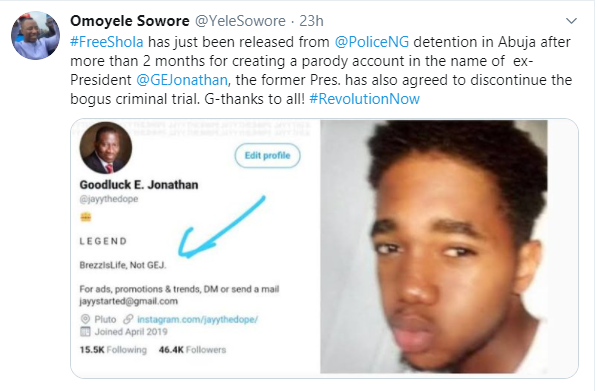 Recounting his experience while in detention, Olusola said;

“There was no social distancing in detention. I guess the people in the cells are exceptional. It is like COVID-19 doesn’t infect them and this is despite the fact that new suspects are brought in every day without testing.

“However, we had an incident just once. There was a Chinese man who was a gold miner who fell ill. He was taken to a hospital and tested positive for COVID-19, so he was hurriedly released.

“He was in the Force Intelligence Bureau department so only the suspects in that cell were tested. We were all at risk of getting infected with COVID-19.

“It wasn’t easy. I spent 82 days in detention, and I was transferred to three different cells. I wore the same clothes for 82 days.”

The student who expressed disappointment that he was arrested despite being one of Goodluck Jonathan’s biggest supporters, added;

“The funny thing is that I even tweeted good things about Goodluck Jonathan a few weeks before my arrest. I said Jonathan’s administration was better than that of the current president. So, I was shocked but this is Nigeria.”

When asked if he was still a fan of Jonathan, Olusola jokingly said “May God help us.” 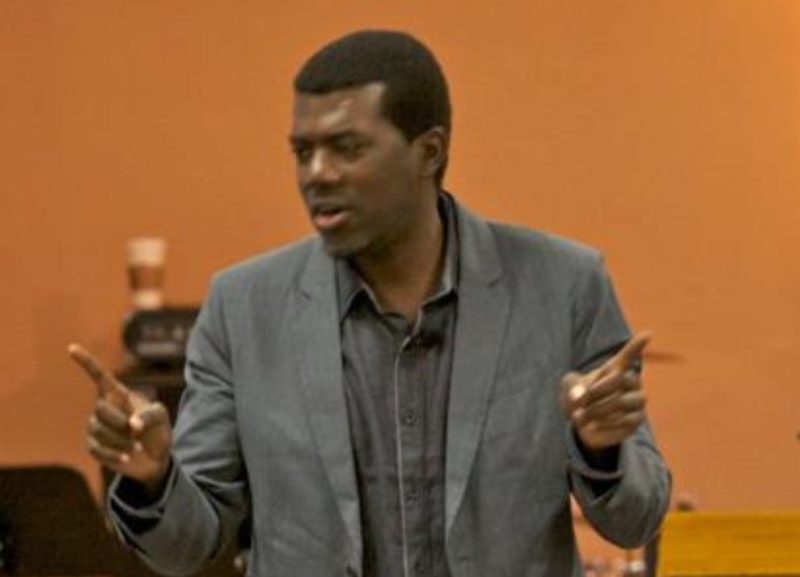 Nigerian Lawyer and social media commenter, Reno Omokri has advised guys to stop spending money on a girl because he wants her to love him.

In one of his many nuggets he shared on social media posts, Reno Omokri said that such a relationship is parasitic.

According to him, guys who do such are only feeding the greed of a lady.

No matter how much you water a dead plant, it wont produce flowers. Stop spending money on a girl because you want her to love you. That is not how love grows.

“You are only watering her greed. A girl that loves you will love you for you. ‪It is not love. It is a parasitic relationship! Emancipate yourself from financial chemistry!”, he wrote.

No matter how much you water a dead plant, it wont produce flowers. Stop spending money on a girl because you want her to love you. That is not how love grows. You are only watering her greed. A girl that loves you will love you for you#FreeLeahSharibu #RenosNuggets