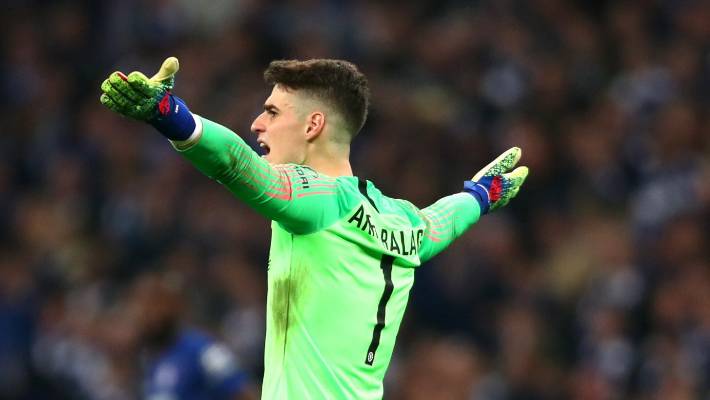 Frank Lampard is set to go head-to-head with the Chelsea board over the future of goalkeeper Kepa Arriazabalaga.

The Blues made the Spaniard the world’s most expensive stopper, when they paid Athletic Bilbao £71.6m to sign him in 2018.

However, the 25-year-old has lost form recently.

Lampard dropped him for last weekend’s 2-2 draw at Leicester City, choosing to go with Willy Caballero.

It is believed that Lampard has seen enough of Kepa and wants to replace him with either Burnley’s Nick Pope or Vicente Guaita of Crystal Palace.

Chelsea director, Marina Granovskaia, however, is believed not to be happy with the idea of selling Kepa, having personally pushed through the deal to sign him two years ago.

Granovskaia also does not want to make a loss on the player.

It remains to be seen whether Kepa returns to the starting line-up when the Blues host Manchester United on February 17.

Continue Reading
You may also like...
Related Topics:Chelsea, Kepa, Lampard