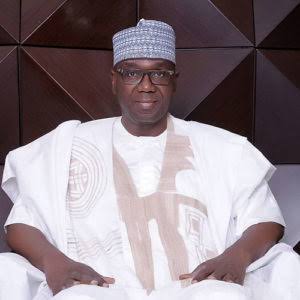 Kwara state governor, Mallam Abdulrazaq Abdulrahman, has directed the screening of persons coming in to the state at both the land borders and airport to check their status on Lassa fever.

The state commissioner for Health, Dr. Raji Razak, disclosed this on Monday while briefing newsmen on measures being put in place by the government to forestall outbreak of Lassa fever in the state.

He also disclosed that the government has completed the construction of the Lassa fever treatment isolation centre at the Sobi Specialist hospital, Ilorin.

The commissioner, who said that there has been no reported case of Lassa fever in the state, added that the completed isolation centre in the state is the third of its kind in the country.

He said that Governor Abdulrahman Abdulrazaq has liaised with the airport and border authorities on the issue of screening and surveillance of visitors to the state, adding that health officers have also been advised to adhere strictly to standard precaution while providing care.

He added that the state has resuscitated its epidemic preparedness and response committee; rapid response team and incident command system also activated at the state emergency operation centre to coordinate preparedness activities in the state, using national algorithm.

“The state had a dedicated budget line for the disease surveillance (Lassa fever and other epidemic prone diseases), risk communication/public awareness and other preparedness/response activities.

“Availability of surveillance focal person at health facilities (both public and private) for reporting of cases to respective surveillance officers at various LGAs at state level. State will intensify risk communication activities and shall promote and ensure safe and dignify burial practices for patients who die from Lassa fever”, he said.

The commissioner assured residents, saying they should not panic but go about their normal business activities.

He also appealed to health workers whom he said were most at risk to observe standard precautions while handling patients and their body fluid.