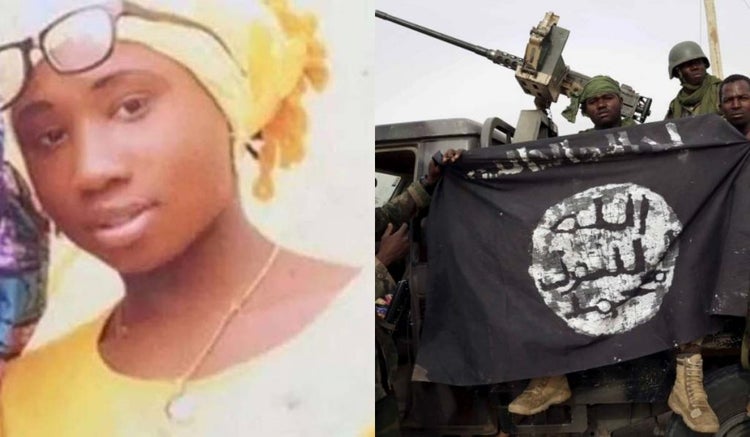 Leah Sharibu, one of the dozen of girls kidnapped by the Boko Haram for over a year, has reportedly given birth to a baby boy on Saturday for the Boko Haram top commander.

Leah who was abducted from the Government Science Secondary School, Dapchi, Yunusari Local Government Area of Yobe State, on February 19, 2018, was said to be the only Christian among the 110 school girls abducted by the Boko Haram terrorist.

Sources say the other Dapichi school girls abducted with her had been released except Leah who was aged fourteen at the time of her capture.

Leah, a Christian, was reportedly not released along with the other children, because she refused to denounce her religion and join their’s (Islam).

It was gathered that Leah was delivered of a baby boy after being forced to marry a top Boko Haram commander who lives outside Nigeria.

Sources said that, Leah was delivered of the baby early Saturday in Niger Republic.

The source further said Leah, who refused to renounce her Christian faith, was forced to accept Islam before being married to the top commander of the terror group.