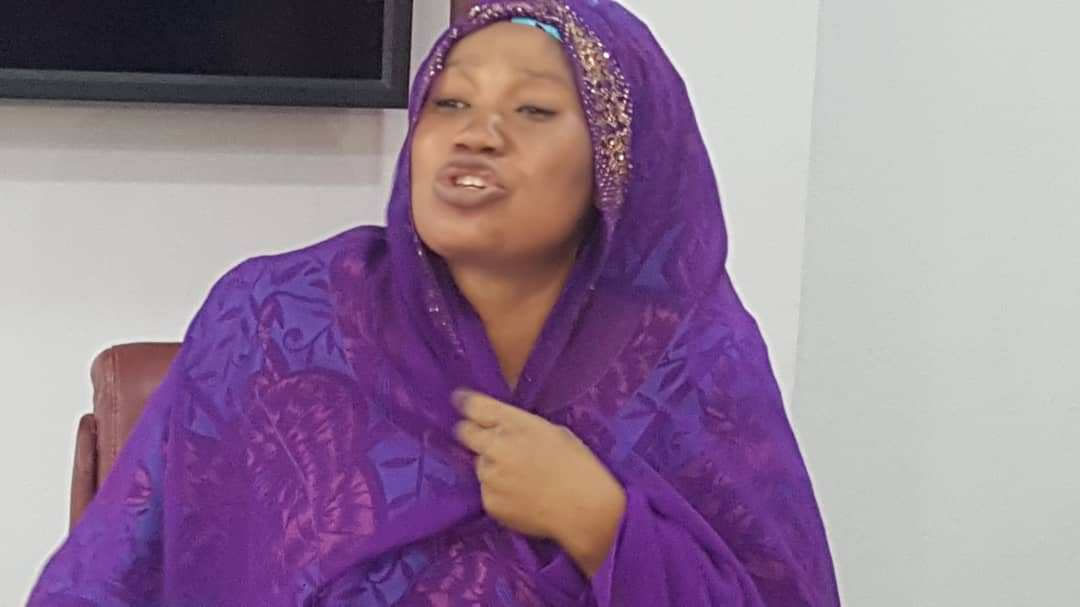 The Department of State Services, DSS, has paraded a woman identified as Amina Mohammed for impersonating the first lady of Nigeria, Aisha Buhari.

However, Amina Mohammed, also known as Justina Oluoha and Amina Villa, revealed that Aisha Buhari’s sisters and a former Secretary to the Government of the Federation, among others were accomplices.

According to multiple reports, a mild drama also ensued at the DSS headquarters as Amina Villa was shouting and screaming and refused to appear before newsmen.

Narrating her own side of the story, Amina said,

“The DSS did not arrest me, I came here on their invitation. I am not a fraudster; the sisters of the First Lady are involved in this business. I cannot accept this allegation.

“The former SGF is involved in this fraud. Aisha’s sister is involved. I did not dupe him because he usually gave bribe to buy Federal Government property. The directors in the ministry have been involved in getting bribe before bidding is concluded.

“He knows the process and taking him into Villa was not an attempt to defraud him but because Aisha’s sister was involved. I cannot allow anybody to put me to shame to the whole world.” 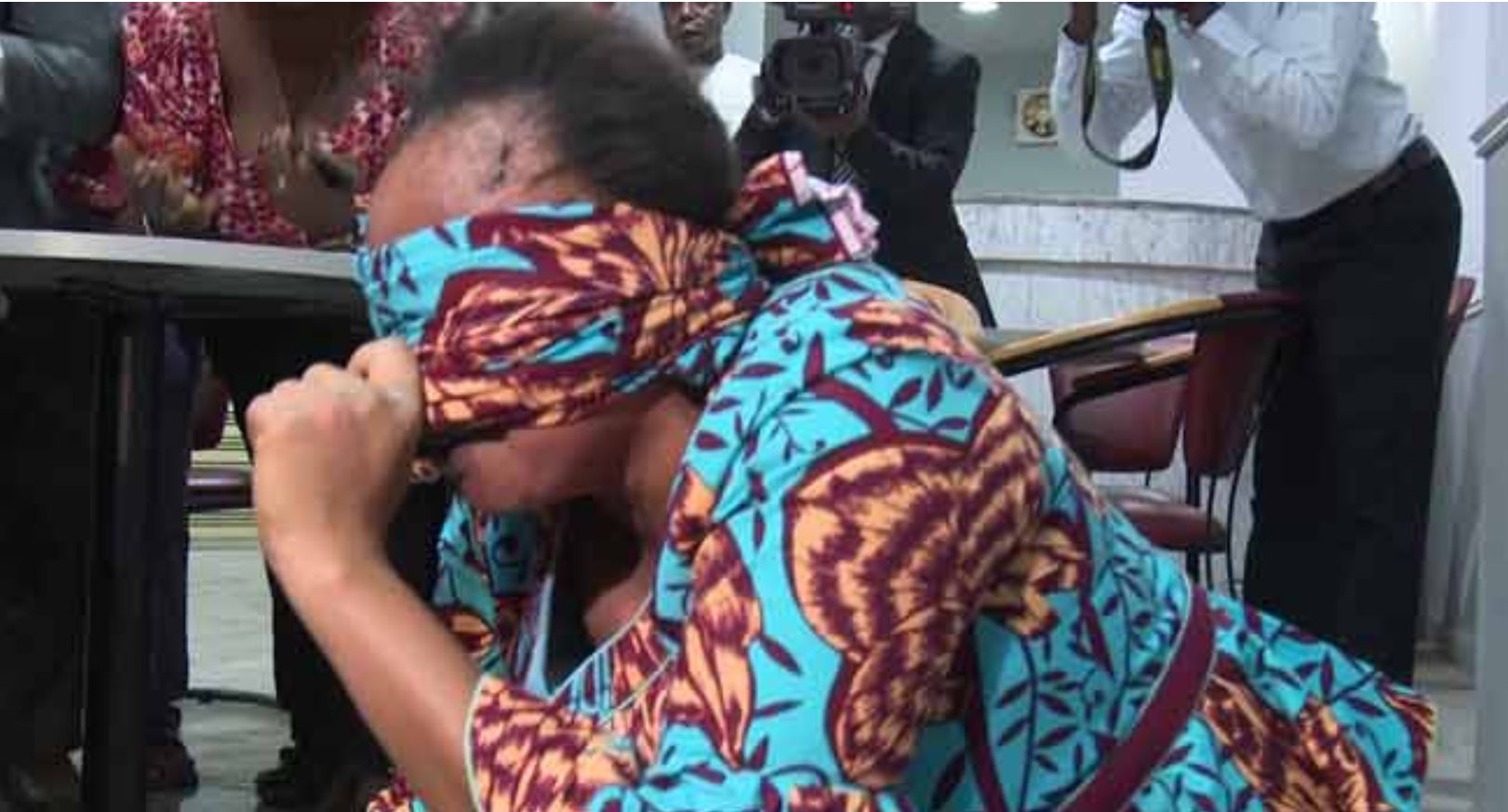 READ ALSO: TOLU OGUNLESI TO PASTOR OYEDEPO! Why do you go this far to peddle/amplify falsehood and disinformation about Buhari

“The importance of this conference is to unveil the identity of a suspect that had an unauthorized access to the Aso Rock Presidential Villa and used the Office of the First Lady to engage in a fraudulent act.

“The woman, who is being paraded, has adopted various aliases and used the same false identities to defraud several unsuspecting persons before she was discovered.

“Amina Mohammed, also known as Justina Oluoha and Amina Villa, had on November 22, 2017, paraded herself as the First Lady of Kogi State.

“She used the false identity to evade protocol and scrutiny thus gaining unauthorized access into the Villa, and particularly the residence of the First Lady and wife of the president, Hajia Aisha Buhari.

“She took advantage of the fact that personalities such as first ladies, ministers and certain categories of officials are not taken through rigorous protocol and security checks at the Villa posts.

“What may even surprise you is that Amina, whose phone number is registered with the name, Amina Villa, had on the said date invited (names withheld) into the Villa wherein she made him believe the invitation was at the instance of the First Lady.

“Investigation has revealed that the First Lady was away on Lesser Hajj and not in the Villa during the period. The businessman had complained that he was fleeced of over N150 million in respect of a Court of Appeal property in Lagos, which Amina had promised to help him buy through the First Lady.

“The property was said to have been part of those under the Presidential Implementation Committee on Lease of Federal Government Properties.

“Investigation has shown that this unholy enterprise is not to the knowledge of the First Lady. What Amina simply did was to use the First Lady’s name and office as bait to lure and defraud her victims.

“Members of the public are advised to be wary of individuals or groups that drop names and offices of high government officials to defraud them.” 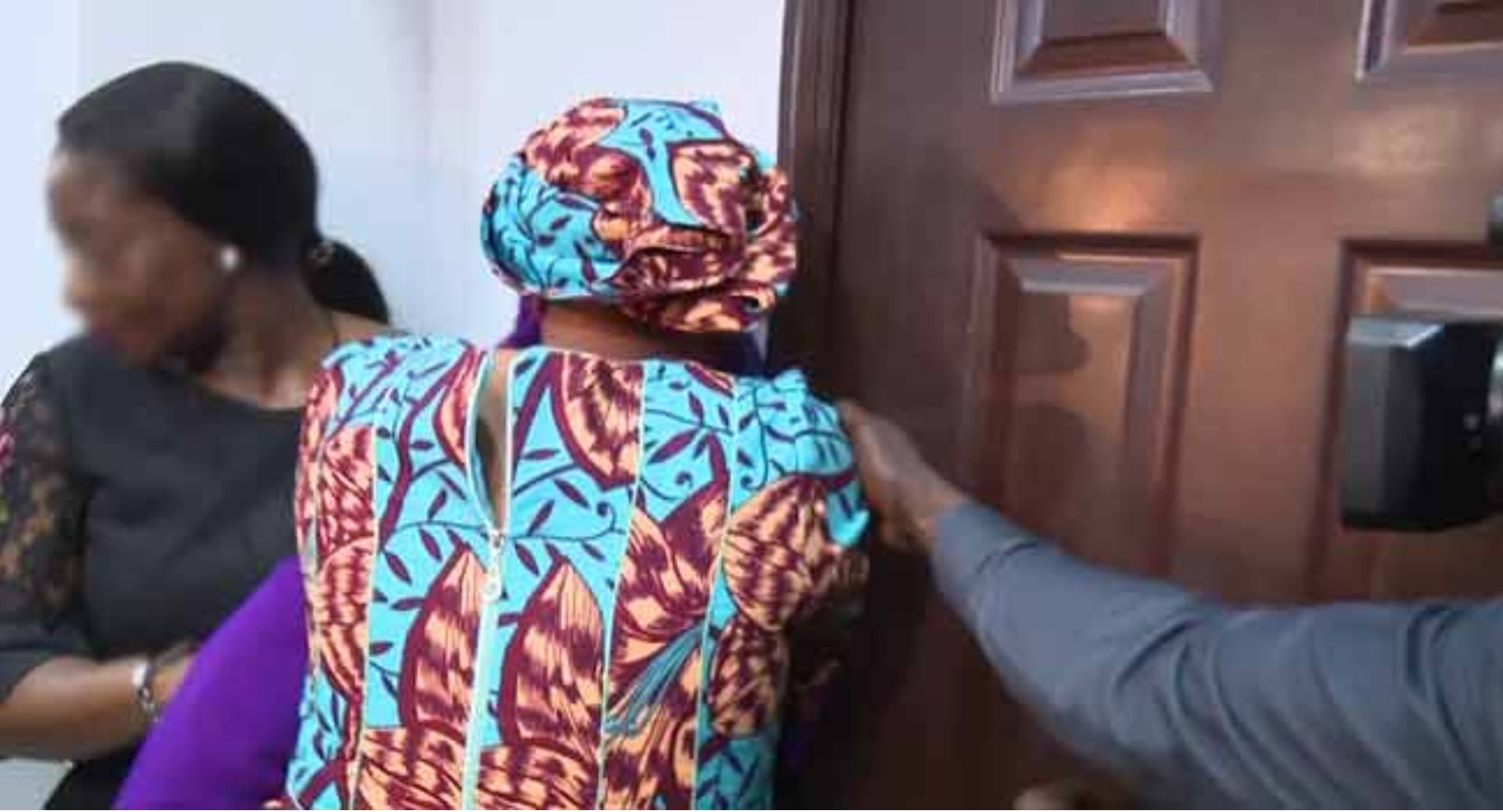 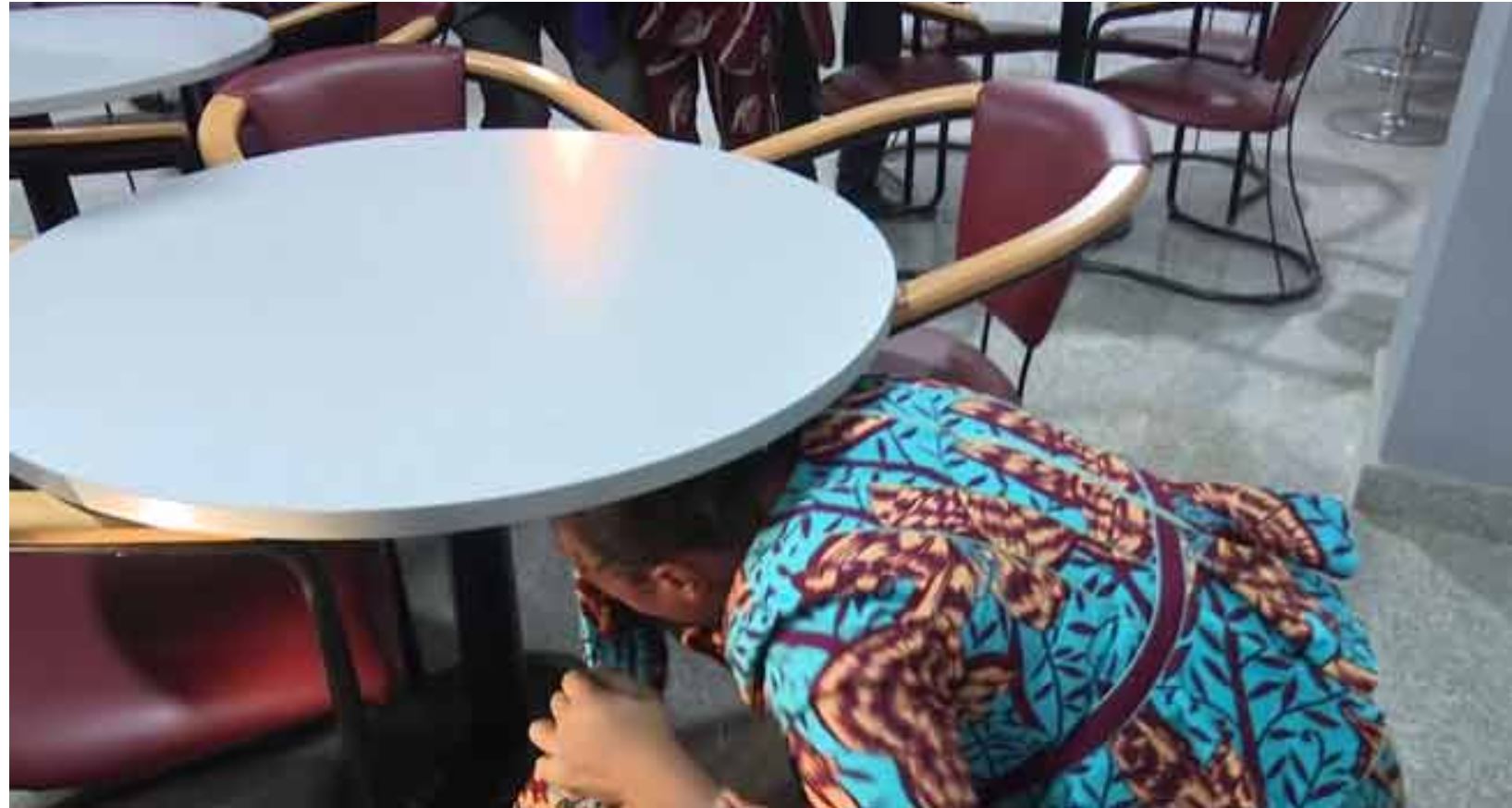 COP24! We won’t rest until remaining Chibok schoolgirls are released, says Buhari
AFTER A DECADE IN NIGERIA! I still get shocked with people bowing to powerful crooks and laughing at the weak, says Portuguese CEO