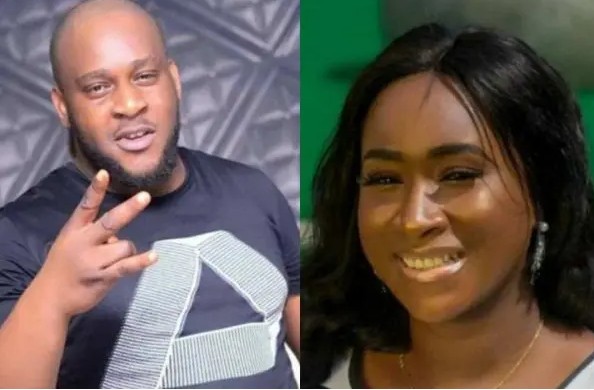 A pan-African community built to connect and build the capacity of young entrepreneurs and professionals, AGS Tribe, has been able to raise N22m from members of the public for the education and upkeep of two little children who recently lost both parents to a murder-suicide incident in Lagos.

Olamide Alli was murdered on June 21 by her fiancé, Chris Ndukwe, who also took his own life, leaving behind two children.

Ndukwe allegedly stabbed the 25-year-old to death with knives and committed suicide by drinking a substance suspected to be an insecticide.

AGS Tribe, which confirmed that Alli was one of its members, had last week called on Nigerians to assist the children who have become orphans.

The Founder of the group, Ifedayo Durosinmi-Etti, had told The PUNCH that the target was N20m.

However, Durosinmi-Etti said on her official Instagram handle on Tuesday that the target had been surpassed by N2m.

She thanked well-meaning Nigerians for their donations.

“Exactly a week after the first announcement, we have been able to surpass our target. This is actually wild! I don’t have the words to describe how I feel. When I announced the N20m as a target, I was scared.

“After we got to N6m, I started having heart palpitations. I don’t even know why but even more fear set in. The devil can try to steal from us but he will never succeed. Because of you all, those kids and their generation have a guaranteed future, at least financially. May God give them guardians and good earthly parents that will bring out the best in them.

“God bless everyone that was part of this journey! All your reposts, forwards, encouragement and contribution brought us this far! You will never be close to any tragedy all the days of your life and you will always find favour in all you do.”

She said the funds raised would be managed by First Bank of Nigeria’s Quest Trustees. 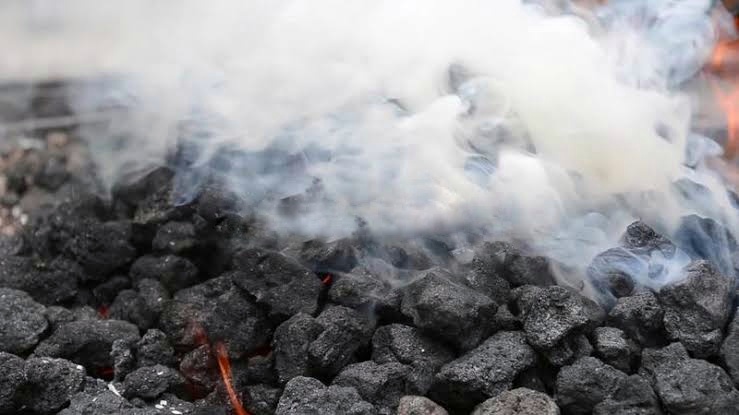 A Nigerian woman identified as Mrs Obiageli Ezeuboaja, and her house boy, Chikamso, have been killed in their sleep in Umuchiana village, Ekwulobia, Anambra State.

Her husband, Bernard Ezeuboaja, reported the incident on Wednesday at Aguata Police Station.

Bernard Ezeuboaja discovered that his wife one Obiageli Ezeuboaja aged 65 years and her house boy one Chikamso aged about 12 years slept and never woke up after he opened the door and saw their lifeless bodies.

Following the report, Police detectives attached to Aguata division visited the scene and rushed victims to the hospital for medical attention but they were all certified death on arrival by a medical doctor.

Preliminary investigation revealed that the deceased set a charcoal fire in order to warm the room due to cold weather leaving all the windows closed and without ventilation.

Meanwhile, the charcoal container was recovered as exhibit while corpses deposited at Ekwulobia hospital mortuary for autopsy.

An investigation is ongoing to ascertain the circumstances surrounding the incident. 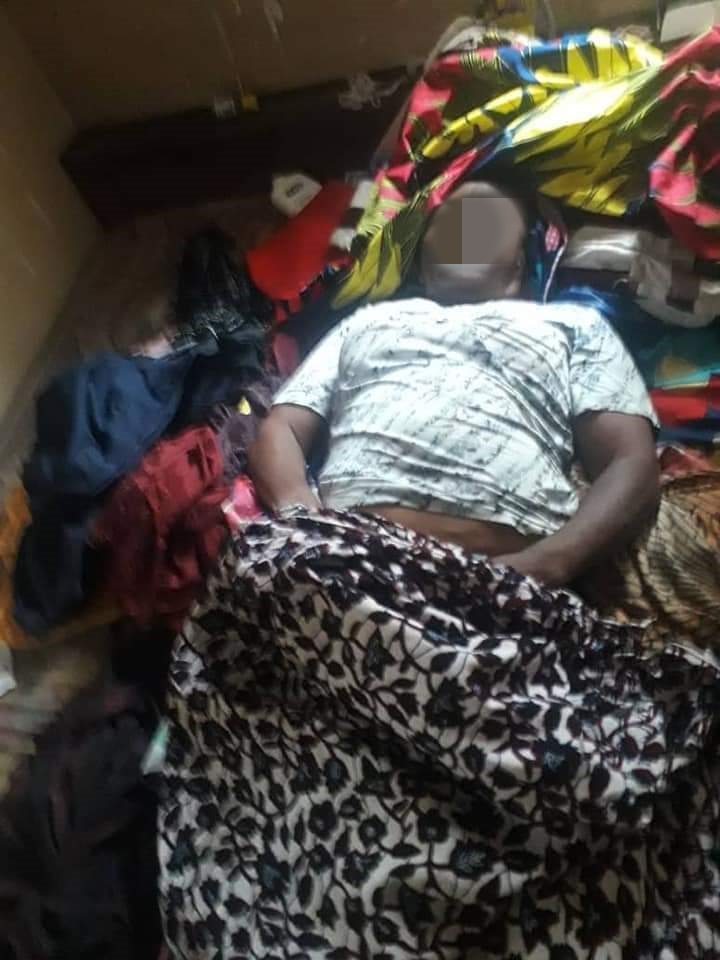 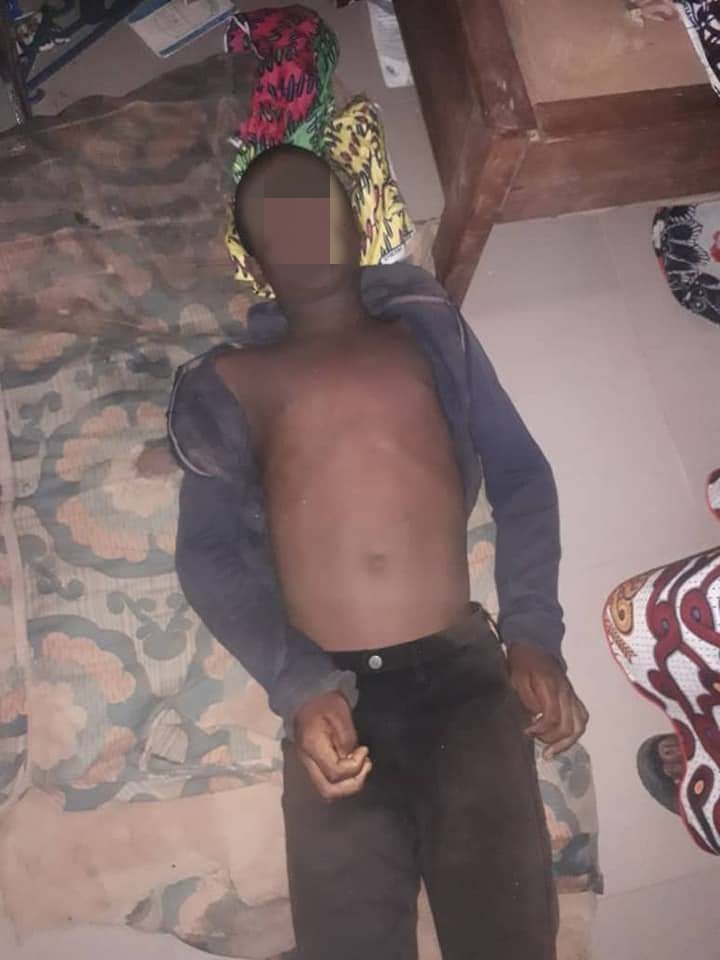 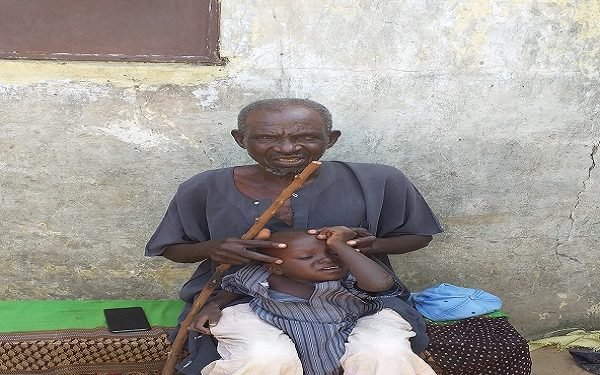 Boko Haram members are demanding a ransom of N20 million from a 75-year-old internally displaced blind man, Papa Jato Ndarfa before his daughter and niece will be released to him.

The traumatized blind old man who is currently living at the CAN Centre IDPs Camp Maiduguri told journalists that he has appealed to the insurgents to have mercy on him and release his daughter and niece as he could not to raise such amount of money being demanded.

The distraught old man narrated that his daughter, Lami Jato, 25 a graduate of Sir Kashim Ibrahim College of Education Maiduguri including his niece, Renita Bitrus were both abducted by some suspected Boko Haram terrorists two weeks ago at a farm in Tungushe, Magumeri Local Government area of Borno State alongside a tractor driver.

Papa Jato informed that his children abductors made contact through his niece’s phone and requested for N20 million before his daughter, niece and the tractor driver will be released to him.

The old man who fought with tear down his eyes lamented where and how he could raise such a huge amount of money to pay the terrorists but instead called on the insurgents to show mercy by releasing his children unconditionally.

He disclosed that his daughter Lami has remained the pillar of the family since 2014 when Boko Haram sacked their village and his three wives were missing up to this moment.

He added that Lami and his niece decided to engage in the farming venture so as to raise money for the sustenance of the family at the camp and his personal care as well.

“It was two of them, my daughter, Lami Jato and my niece, Renita Bitrus who is married with two children that were abducted by the Boko Haram. It is 15 days now from the day they were abducted when they went for farming in Tungushe, along Maiduguri-Monguno road.

“Initially they were 7 in number at the farm that were abducted. Five men, my daughter and my niece, but they later released four of the men and held one of the men, the tractor driver and my two children.

“I am not fighting or quarrelling with the Boko Haram, they are my children. I am appealing to them to please have mercy on me and release my daughter, niece and the tractor driver.

“I am a poor blind old IDP living in a Nylon House in a camp. There is no means of getting money to feed talk more of getting N20 million to offer. Please, my children, pity me and release the women who are also your sisters.

“I am also appealing to our hardworking Governor, Professor Babagana Umara Zulum to come to my aid and intervene. I should not be allowed to die of frustration from what I am facing now. The situation is terrible for me here,” Papa Ndarfa appealed.

Papa Jato, an indigene of Gava from Gwoza Local Government while speaking on his journey to IDP camp in Maiduguri said they fled to Maiduguri when Boko Haram attacked their village in 2014 and killed over 100 villagers and burnt down several houses.

He added that since 2014 they have been living in the CAN Centre IDPs camp.

I don’t subscribe to abortion, says man who raped, impregnated own daughter in Rivera 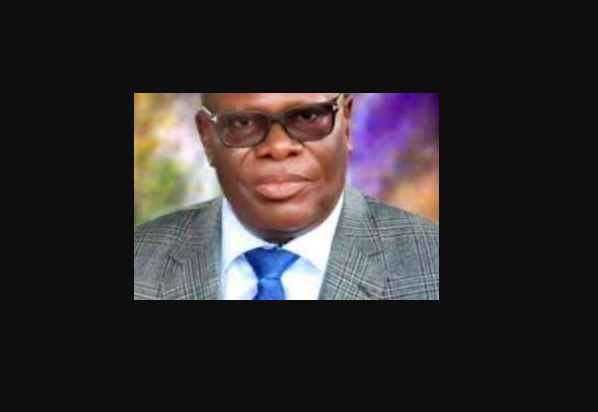 A 47-year-old man identified as Eromosele Mahmud has been arrested by the Police in Rivers State for allegedly impregnating his 16-year old daughter after raping her for five years.

The suspect, a single parent and a father of three from Esako West Local Government Area of Edo state who resides in Port Harcourt confessed to have been raping his daughter since she was 12 years old.

Mahmud, who claimed to be oblivious of his drive in committing the act, pleaded that the two-months-old pregnancy of his daughter be nurtured till delivery, adding that he didn’t subscribe to abortion.

He confessed that his daughter whose identity was concealed started enjoying and sometimes forced herself on him.

“This is a battle I have tried to fight over the years and it seems to be much bigger than me, I am not going to withdraw any fact or truth so far as this case is concerned. If this is the only way my daughter can be liberated, if i go to prison then it is good. My happiness is that I am relieved even as I speak to you now.

“I can’t really remember when it started, but like I told you, it’s more of a spiritual thing. It is very unusual for a father to be sleeping with his own daughter. I am not a party to abortion, so whatever it is, the social welfare and other government officials involved in this matter know the best way to handle this pregnancy, as a father I cannot support abortion for my daughter, what if anything happened to her in the process.

“I don’t rape her regularly, it happens once or twice in a year, she used to be very cooperative, even when i don’t want it, she tries to force herself on me.”

On the part of the victim said each time she protested against her father’s act, her father would maltreat her and stop paying her school fees and also punish her severely.

“It was my father that impregnated me, he started when I was 12 years old till now.

“The first time he came and lay with me on the bed, when I tried to scream, he told me shut up that my mates were doing the same thing and anytime I refused to allow him, he would not buy anything for me again or pay my school fees.”

On his part, the Police Public Relations Officer in Rivers State, Nnamdi Omoni, said the suspect would be charged once investigations were concluded.

COVID-19: FAO warns over the rise in hunger in Africa

Yari replies FAAN, says I did not assault Airport official