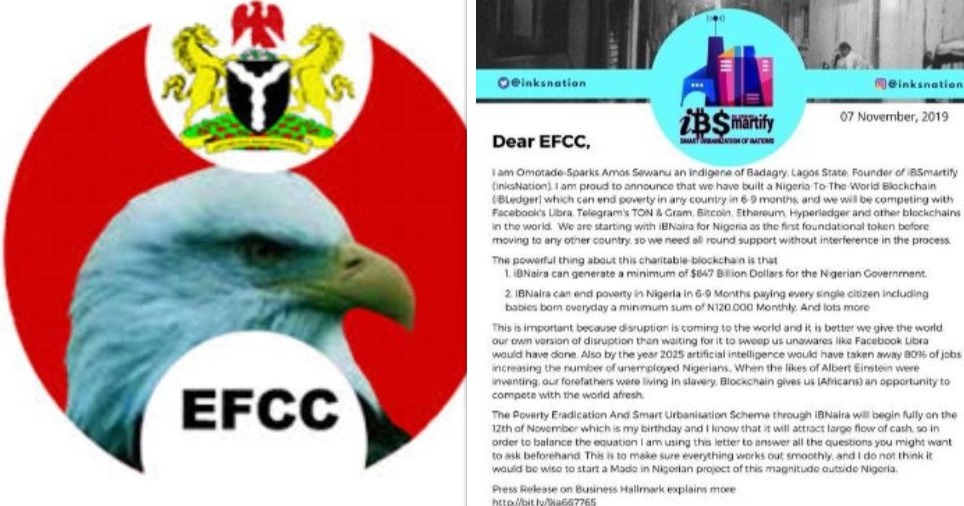 A Nigerian man identified as Omotade-Sparks Amos Sewanu has written the Economic and Financial Crimes Commission (EFCC) stating how he can end poverty in the country within six months.

A copy of the letter is presently making the rounds on social media and has sparked reactions from Nigerians.

In the letter dated November 7, 2019, Sewanu, who described himself as the CEO of iBSmartify, a cryptocurrency platform, said he has built “a Nigeria-to-the-world” blockchain which he claimed can end poverty in any country in six to nine months.

He added that Nigeria can generate a minimum of $847 billion from the initiative if properly harnessed.

He added that “it could end poverty in Nigeria in 6-9 months paying single citizen including babies born everyday a minimum of N120,000 monthly.”

READ ALSO: I caught her cheating and ignored, she hit me for not talking about it, Nigerian men share abusive relationship experience

“it will attract a huge flow of cash so in order to balance the equation I am using this letter to answer all the questions you might want to ask beforehand.” 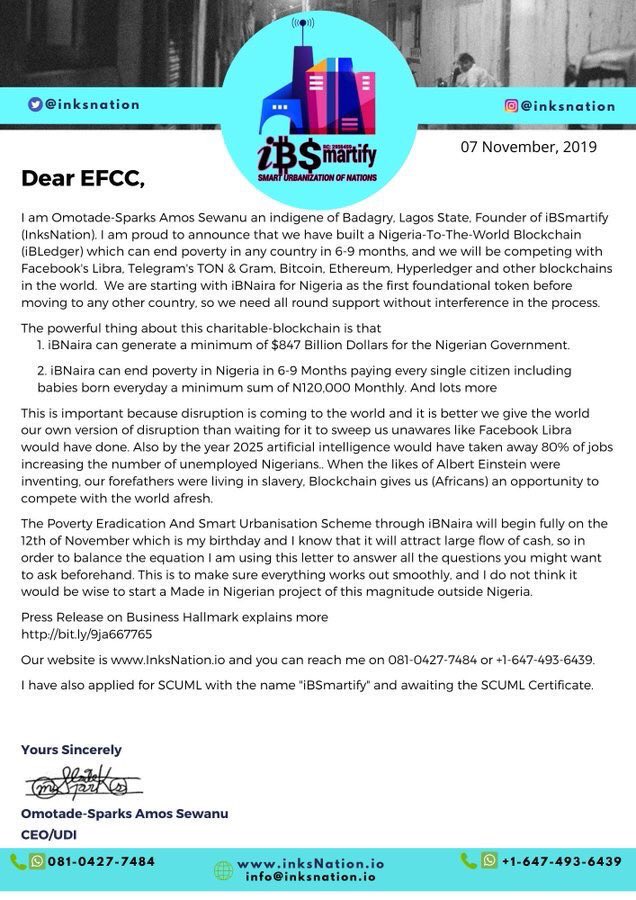