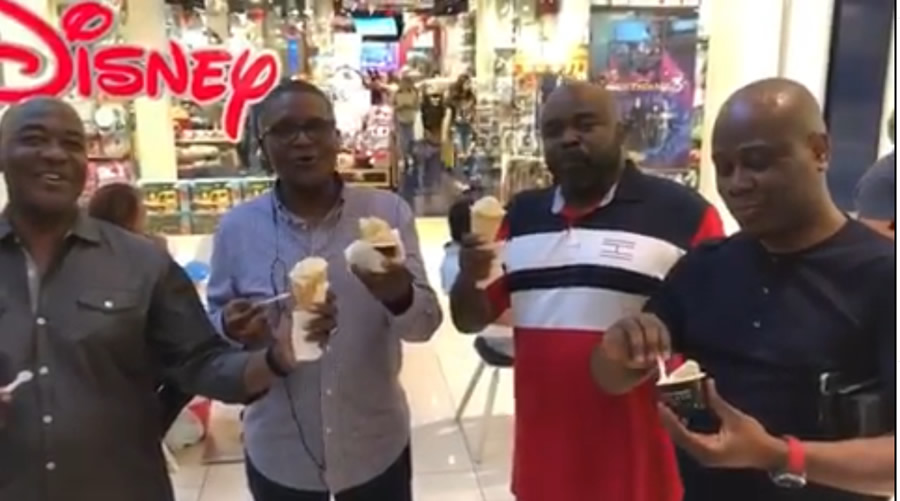 In a video posted by oil magnate, Femi Otedola, 62-year-old Dangote and some of his friends were seen holding ice cream cups and playfully saying gelato repeatedly.

WuzupNaija recalls that gelato became a trending topic after a cosy video of the Otedola’s enjoying Gelato ice cream in Italy made the rounds.

Gelato typically contains 70% less air and more flavouring than other kinds of frozen desserts, giving it a density and richness that distinguishes it from other ice creams.

READ ALSO: Is it a crime not to be educated? MC Oluomo asks critics of his UNILAG invitation

Gelato as we know it is credited to the Italian chef Francesco Procopio dei Coltelli who in the late 1600s opened his “Café Procope” in Paris and introduced gelato at his café, earning notability first in Paris and then in the rest of Europe.

Eat’N’Go to expand operation to 14 cities in Nigeria