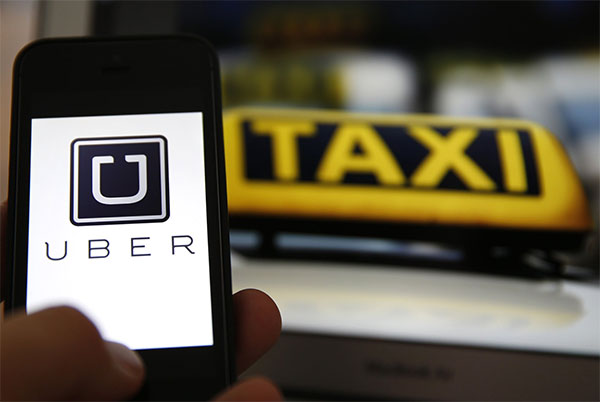 An unemployed Master’s degree holder has turned down advice from his friend to register his car on cab-hailing service – Uber in order to sustain himself till he gets a job.

“A lion can never eat grass,” he told his friend.

Popular Lagos Uber driver @Uber_that, famous on Twitter for sharing his experience as a taxi driver in Lagos, shared the story on Thursday.

He said the man was his colleague during his master’s programme but he is yet to get a job since they finished the programme a few years ago.

“This guy and I did our master’s degree program together a few years back. I was initially thinking that I will put in extra hours today so I could help him out. But after reading through the chats again I am having second thoughts.”

In the screenshots of the conversation shared on Twitter, the unemployed friend was seen asking his friend to borrow him N20,000, because he is yet to get a job.

The man who is an Uber driver said he could assist him with N10,000, but advised him to register his car on Uber so he could start earning income, he rebuffed, saying “God forbid”

“So I go be driver wey go dey drive people around Lagos? No way,” he added.

When the Uber driver told him that he has been doing and suggested that he should try it instead of just sitting at home, he responded;

“No matter how hungry a lion is, he can never eat grass.”

See screenshots of their conversation: 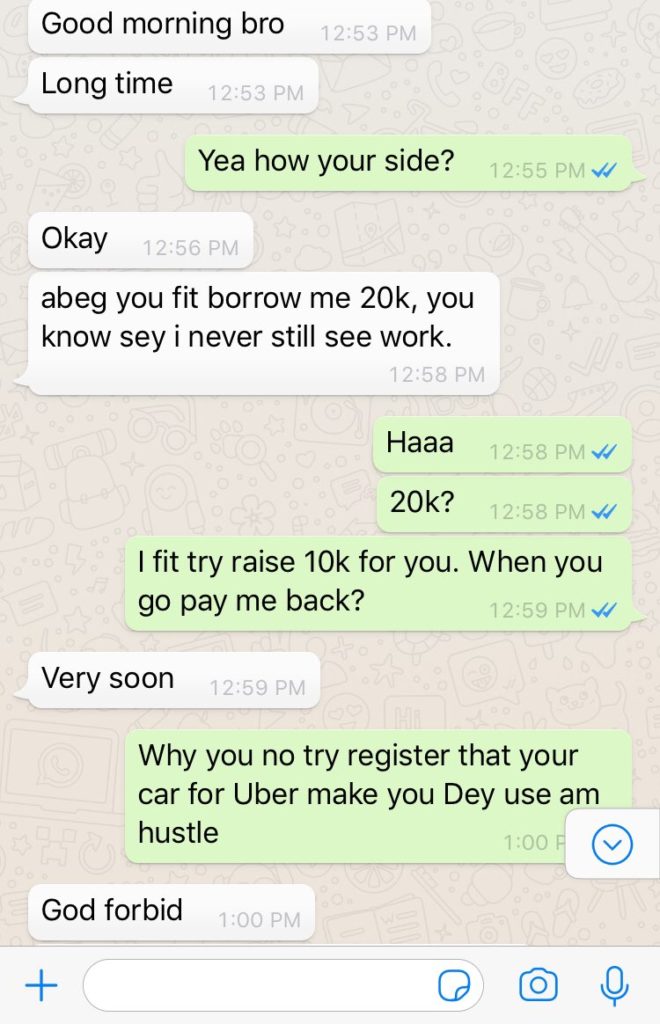 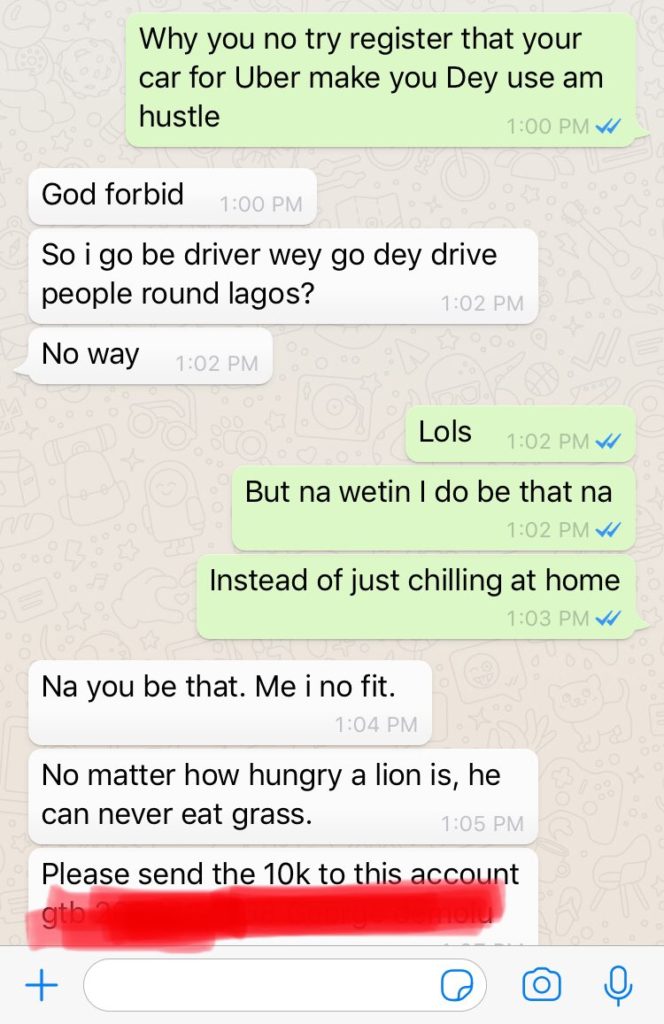