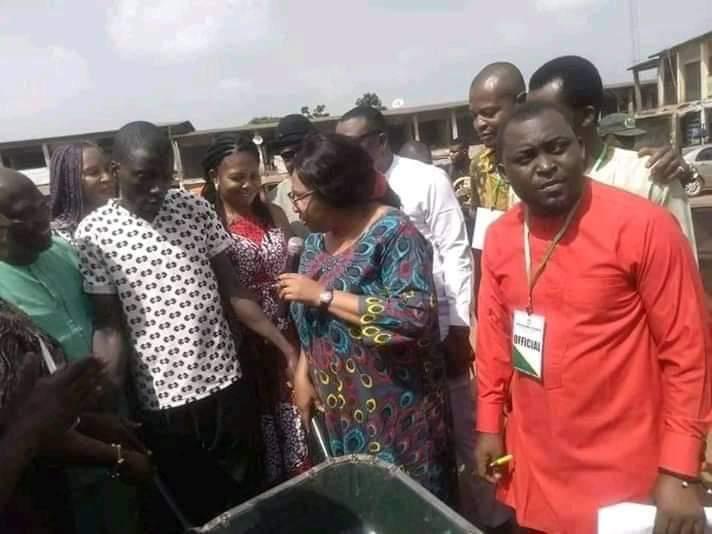 According to reports on the internet, Ugwu dolled out wheelbarrows to youths in her local government area on hire purchase as part of her strategic plan to keep them busy and make them economically productive.

The programme was held in collaboration with the Youth Assembly of Nigeria, Nsukka LGA chapter.

The LG boss is one of the chairmen appointed last December by Governor Ifeanyi Ugwuanyi ahead of the Local Government election slated for February this year.

A Twitter user who shared photos from the empowerment programme wrote:

“In Enugu State a transition chairperson appointed by Ifeanyi Ugwuanyi the state Governor, has given out wheelbarrows on HIRE PURCHASE to people of Nsukka LGA. Enugu State is in the hands of God.”

Some social media users enraged by Ugwu’s empowerment programme have taken to the comment section of the tweet to slam the LG boss.

But why does the government embark on these kind of projects? They are either donating wheelbarrow or keke, or translating a physics textbook from English to Hausa. Am just tired 😓

Putting aside the laughable nature of the products of this scheme, what is even more upsetting is the sheer lack of understanding of the people’s needs. What jobs are the people of Enugu doing that they require wheelbarrows en masse? If you want to give peasant gifts, at least…

A local government in Enugu state give out Wheel barrow on hired purchase to beneficiaries? I beg who has the tweeter handle of God,we must tag Him. This is more than evil pic.twitter.com/XONOdiaPsM 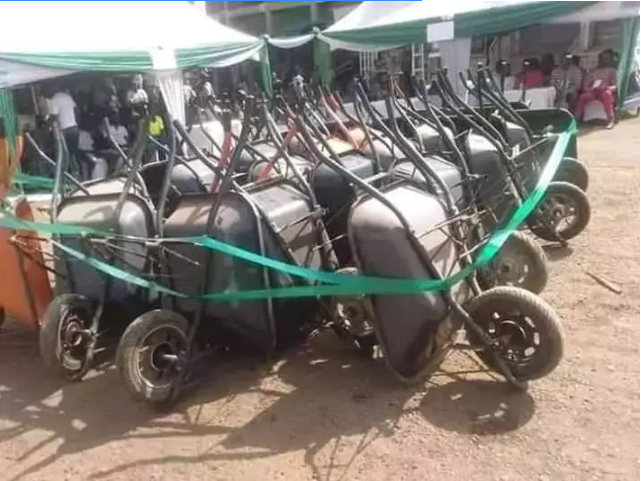 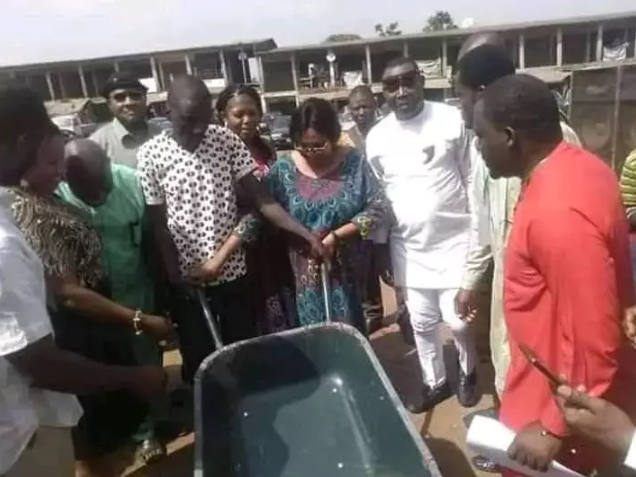 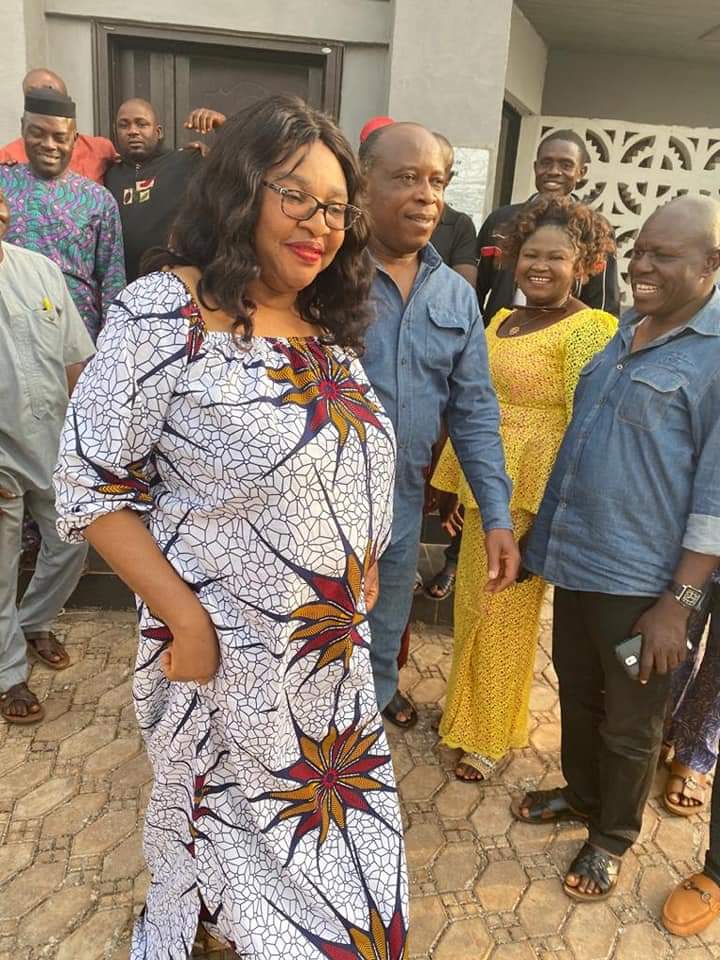 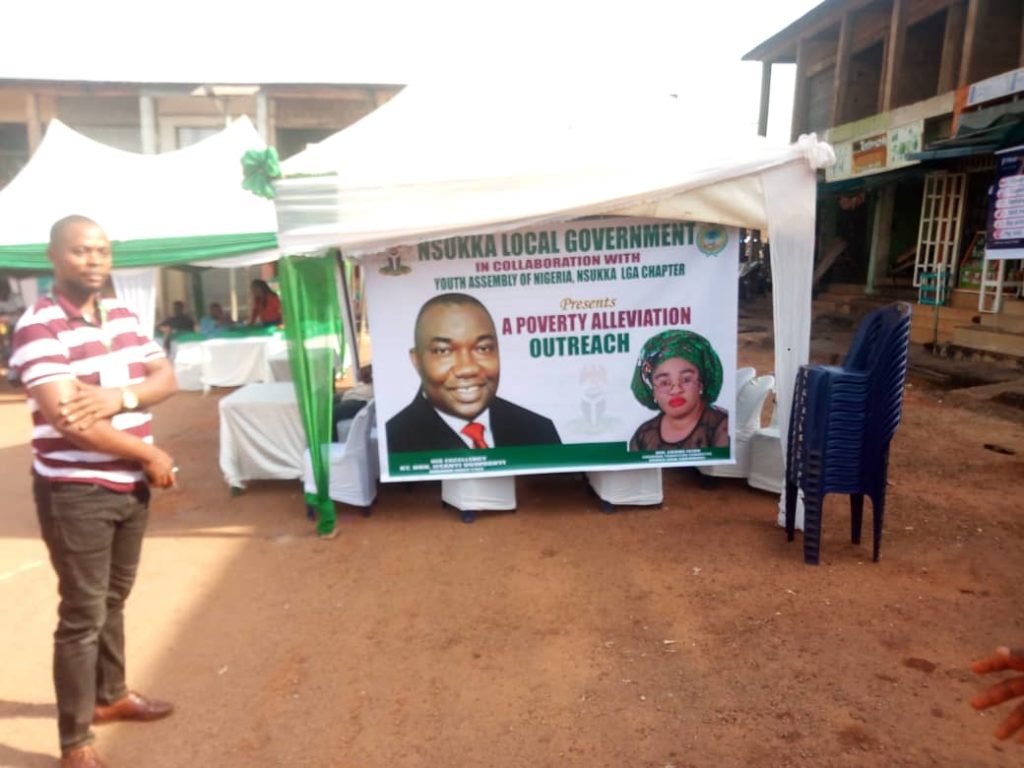 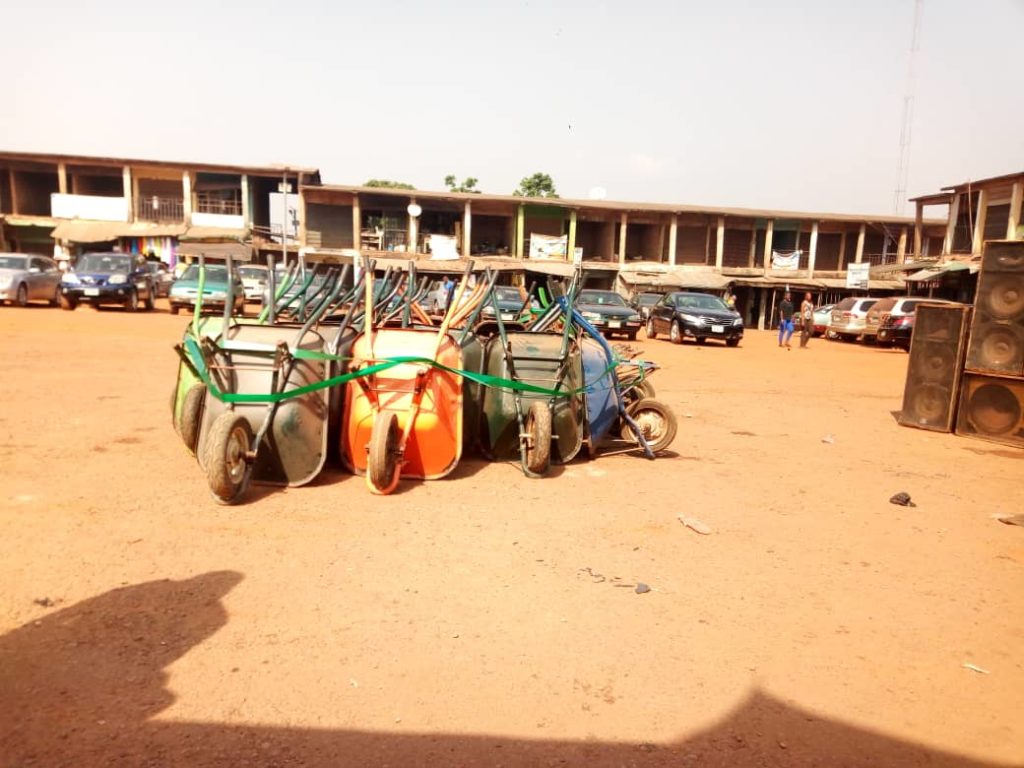 These are the leaders you see their people 24/7 on social media monitoring, condemning and insulting other leaders from other states n the FG on governance. They failed to remove the logs in their eyes first

If the First Lady of the state can comission Jerry can hanged in sticks as a project in that State,what else would I be surprised about Nnam? Left them o jare!

Don’t be surprise that she will contest for LGA Chairperson and the same Youths will Vote for her.

Don’t be surprise that none of the Youths will see something wrong with what she did today.

How is this a bad thing na, U want her to share cars to people that their Capacity is Barrow management? U know if that their market needs alot of Wheel barrow pushers? How did this thing even relate to the Governor, why Una dey Blast the governor for this matter now?

Z a shameful thing that the governor is from that part of enugu to allow such as an empowerment program,are they wishing them poverty forever,those it mean they can’t afford Keke,mini bus,if at all they wish to give them something with tire