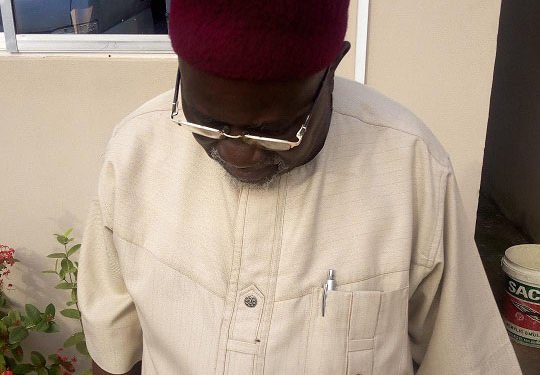 Justice Olajuwon granted the defendant bail in the sum of N10million with one surety in like sum.

The EFCC’s Head of Media and Publicity, Mr. Wilson Uwujaren, in a statement, said the former VC was put on trial on four charges of conspiracy, misappropriation of public funds, abuse of office and bribery.

One of the charges reads:

“That you Emmanuel Kucha, whilst serving as the vice-chancellor of Federal University of Agriculture, between 2012 and 2017 in Makurdi, within the jurisdiction of this honourable court, did accept the total sum of N70,327,197 (Seventy Million, Three Hundred and Twenty-seven Thousand, One Hundred and Ninety-seven Naira) through several payments into your Guaranty Trust Bank Account No: 0124395144 as a bribe for performing your official function and thereby committed an offence contrary to Section 18(c) of the Corrupt Practices and Other Related Offences Act, 2000 and punishable under Section 18(d) of the same Act.”

The accused ex-VC pleaded not guilty to all the charges, prompting prosecution counsel, Y. Y. Tarfa to ask the court for a commencement date for trial.

Tarfa also asked the court to remand the defendant in the custody of Nigerian Correctional Service.

The defence counsel, Timothy Dim, however, filed an application for the defendant’s bail.

He pleaded that Prof. Kucha be remanded in the custody of EFCC pending the perfection of his bail conditions.

Justice Olajuwon granted the defendant bail in the sum of N10million with one surety in like sum.

The surety, the judge said, must be a public servant with the federal government or Benue State government on Grade Level 17, who must submit his two recent passport photographs, while his address must be verified.

He ordered that he be remanded in the custody of the EFCC, pending the perfection of his bail condition and adjourned the case until January 5, 2020 for the commencement of trial.”